When China’s Floodgates Open on its Rural Villagers

The rice was nearly ripened and ready to harvest before the flooding. But now everything is gone.

Flooding is a historical issue dating back at least 500 years of recorded history, especially in the Yangtze River Basin. Across China, there are over 90,000 dams built to control the waterways for farming and flood protection. To control the flooding along the Yangtze River, China spent $37 billion to build Three Gorges Dam and displace over 1 million residents. The reservoir was filled in 2003.

This summer’s rain season has put incredible strain on these dams. In June, a 55-year-old dam collapsed under the pressure of the flood waters; it was not reported on by domestic media. In July, the government confirmed that it destroyed a dam in Anhui Province to help alleviate flood waters, a measure not publicly acknowledged since the 1998 floods.

There are conflicting observations over the effectiveness of the Three Gorges Dam during the flooding crisis. E Jingping, China’s Minister of Water Resources, stated “upstream dams should take on as much water as possible to ease pressure on the Three Gorges Dam.” His Vice Minister, Ye Jianchun, added by saying the “detailed scheduling of water discharges from reservoirs, particularly the Three Gorges, had been effective in controlling floods.” However, the Three Gorges can only control flooding downstream.

Sichuan, one of the hardest hit provinces, is not as well-protected from flooding as cities downstream of the Three Gorges. During the fourth flood, which started around August 13, twenty-two rivers in the province exceeded the safe level. This week, during the fifth flood, Sichuan Province raised its emergency response to the maximum level as 100,000 people were evacuated on August 18 due to the floods. The Leshan Buddha, a 1200-year-old statue in the province, saw water levels rise over its toes for the first time since 1949.

Today, the Three Gorges saw water inflows rise to the highest levels, at 75,000 cubic meters per second, since its construction. The flood caused water levels to rise to 166 meters; the Three Gorges Dam’s maximum water level is 175 meters. This flood builds on the already-high water levels, which have been at 155 meters for over a month. In mid-July, the reservoir reached 163.59 meters, 18 meters above the flood control limit.

Chinese flood mitigation policy focuses on protecting cities at the expense of rural areas and farmland. In Shexian County, there was no government warning as flood waters overflowed a dam in the middle of the night and hit small towns in the area. A lack of proper forewarning and “ineffective rescue efforts” prompted citizens in Xingtai City to protest, though the demonstration was quelled by police. Local businesses lost tens to hundreds of thousands of dollars in equipment and merchandise. Farmers lost entire fields intended for harvest at the end of the season.

Members of the local community have openly said Beijing has a deliberate policy to prioritize the protection of high population/high economic output cities over poorer villages. One rural resident, in describing the damage to his family farm, says “Yes, the government has subsidies, but it can’t really help much.” Li Yao, a fellow at the East Asia Institute at the National University of Singapore, agrees with their sentiment, stating the flood-fighting strategy relies upon discharging water into farmland. Government actions and policies support this theory as well.

Several towns and villages across China’s provinces have been inundated since the crisis began. In Jiangxi Province, the town of Youdunjie and five other villages were submerged when Anhui Province, upstream of the town, discharged their dam. In another flooding emergency, a few days later, officials discharged water from a different dam. This action, which forced the evacuation of thousands of residents and flooded local farmlands, was meant to protect the more populated areas downstream.

The policy is further evident in government statements. Zhou Xuewen, Chief of the State Flood Control and Drought Relief Office, said 11.4 million hectares of farmland produced zero grain due to the flooding. Another government body announced that Anhui Province turned over 2.22 million tons less grain than last year by this time.

Beijing’s prioritization of its cities comes at a cost to its farmlands and could exacerbate food security concerns, as the country continues to edge closer to the government-delineated “red line” of 120 million hectares in arable land as the bare minimum to feed its population. By 2025, China will have increased reliance on food imports to shore up drops in domestic production due to urbanization, aging population, and other factors. Twenty-five percent of the population in rural regions will be over the age of 60, per the CASS Report, which presents one of China’s major agricultural challenges that will remain formidable without a reversal in urbanization goals. The report estimated 80 million rural residents will move to urban areas, representing a drop in 5% of the current rural population.

Continual flooding of crops due to flood diversion results in a loss of a portion of or the entire harvest, and inevitably threatens China’s food security. Current food self-sufficiency is at 80% and needs to increase to 90% to prevent overreliance on imports. The same report states China’s rice, wheat, and corn supply will be short by 25 million tons by 2025, though no policy recommendations were included. As residents lose their homes, farms, and harvest to flooding, they will seek opportunities elsewhere. Government compensation, which is an entitlement to residents who experience damages during floods in flood diversion areas, is rarely enough to help ease the economic damage or to help farmers begin anew next season. China is effectively handicapping its own agricultural production in its prioritization of metropolitan areas.

Eat Less and Make Your City a Sponge

Beijing recently started pursuing food waste reduction policies to help alleviate these shortfalls. In 2018, China’s urbanized affluent population wasted 12% of the food ordered at restaurants. The amount of food wasted from farm to table equaled 18 million tons, which could feed upwards of 30 million people for a year. Reduction in waste will improve shortfalls by 2025, but this will require a shift in culture.

President Xi Jinping commenced the “Clean Plate Campaign” and framed the initiative as a forward-leaning concern about food security. However, the timing comes after three devastating agricultural disasters in the past year: COVID-19, Yangtze floods, and the African Swine Flu. The latter decreased the size of China’s pig population by 40% last year. New outbreaks of the African Swine Flu were triggered by the flooding, which hit small and large farms alike. The Clean Plate Campaign is President Xi’s second attempt at reducing food waste, though this is the first attempt requiring the public to act instead of focusing on government officials.

Beijing has taken small steps towards combating flooding beyond containment and diversion through the development of “sponge cities”, which involves urban planning with water retention in mind. Chongqing’s Yuelai neighborhood was developed as a part of a pilot program, which saw lower levels of inundation compared to surrounding areas. This is owed to its wetland parks, rooftop gardens, and other measures designed to capture and reuse rainwater.

Both policies ignore the fundamental problem faced by rural residents during floods: poor farmers and rural citizens, and the land on which they work, are considered acceptable economic damages. The solutions and subsidies implemented, including urbanization, will not prevent rural citizens’ lives and entire harvests from being uprooted each year due to flooding. China’s current policies are putting the country’s food security at risk; grain imports are up 23% from a year ago. Annual flooding, China’s decreasing rural population, and disregard for the rural population can push China’s food security problem beyond 2025 and into the end of the decade. 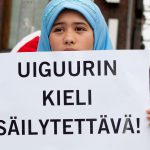 Learning from Myanmar’s Rohingya Genocide: How Should We Approach China’s Uyghur Crisis?News, Politics 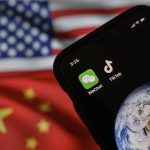