A scathing report on corruption released by the Chinese Communist Party’s anti-graft watchdog in February this year has reignited public anger over China’s $26-billion Three Gorges Dam project. The report found that the officials at the Three Gorges Corporation, which was set up in 1993 to run the project, were guilty of nepotism, shady property deals and dodgy bidding procedures. The resumption of public hostility was due to the fact that, between 1992 and 2009, all citizens had to pay a “built into power price” designed to channel money into the dam’s construction.

On March 27 a 4.3 magnitude earthquake occurred in Zigui County of Hubei Province. Three days later a bigger quake registered 4.7 on the Richter scale. These two earthquakes also caused hundreds of smaller aftershocks. Some Chinese geologists claim that these two major earthquakes were clearly reservoir induced seismic activity. Since the beginning of the dam’s construction, the midstream and downstream areas of the Yangtze River have experienced abnormal natural disasters: frequent earthquakes, droughts, high temperatures, floods, and the drying up of the famous Poyang Lake are the most noteworthy examples. The huge amount of the money spent, as much as $26 billion, and the great sacrifices that the Chinese people made which continue today have sparked a new wave of discussion about whether the Three Gorges Dam is the savior, or a nightmare, for the Chinese people.

Three Gorges Dam, located on the Yangtze River in China (the longest river in Asia), is known as the world’s largest dam and the largest hydropower project, with 22,500 MW of power generating capacity. For many years, Chinese leaders have celebrated the dam as a symbol of China’s technological and economic progress, as well as the progress of the power of the state. Construction started on December 14, 1994 and was completed ahead of schedule in 2008. Since the beginning of the construction, the project has remained highly controversial both domestically and internationally due to the benefits and consequences it has produced along the way.

China, as the world’s largest manufacturer, is also a large coal consumer and producer, fueling 70 percent of its power through coal-fired power plants. The dam officially started operations in 2008, and has been estimated to supply 10 percent of the electricity used by China’s 1.3 billion people, which equals to the amount of electricity consumed by the cities of Boston, New York and Washington D.C. combined. But this figure has decreased to around two percent in reality, due to the rapid increase of the demand for energy in China. With the amount of electricity produced, it substitutes about 50 million tons of raw coal and 100 million tons of carbon dioxide emission, 2 million tons of sulfur dioxide and 0.37 million tons of nitrogen oxide every year.

Besides the hydroelectric power that benefits the nation, the dam is also believed to protect 15 million people and 1.5 million acres of farmland in the Yangtze bank area that are susceptible to major floods. The dam serves this purpose by controlling the water level according to different seasons. During the dry season from November to April, the water level is allowed to reach 175 meters above the sea level; during the flooding season, the water level is controlled at 145 meters. It is true that since the Three Gorges reservoir has been filled, there has been no repeat of the severe flooding in 1998 which killed more than 3,700 people and left 15 million homeless. However, the dam’s main role in flood prevention still remains a source of controversy. According to China Dialogue, the dam is under pressure from both the upstream and downstream communities on the Yangtze river; because of the difficulty to choose one side over the other during the flooding season, upstream, the city of Chongqing complains that the dam makes flood prevention more difficult that Chongqing drowns to save Wuhan. Downstream, there are complaints that it continues to release water even when there are flood risks. Also, the dam’s flood prevention ability can be limited, according to Weng Lida, former head of the Yangtze River Commission’s Water Resources Protection Bureau. The dam can retain the water coming from upstream, but if there is heavy rain in the downstream areas, the dam’s protection doesn’t matter.

Furthermore, thanks to the built-in ship locks, navigation on the Yangtze River can continue without much trouble. Each of the dam’s five locks is designed to raise or lower vessels about 19.8 meters (65 feet), to a total height of 91.4 meters (300 feet). The locks lift vessels up or down as they fill with water and act as river elevators, with each lock handling a maximum weight of up to 10,000 tons. Since the construction of the dam, there has been a boom for large ship commerce as the river becomes more navigable and safe for large ships: according to the Discovery Channel, large ship commerce has tripled.

In order to understand why the dam has remained controversial throughout the years, we need to look at the costs of the world’s largest dam project. Many problems have been raised, and its impacts on the ecosystem of the Yangtze are potentially incredibly problematic. Because of the slow down of water outflows, the sediment or silt from upstream doesn’t flow downstream, affecting the productivity and yields of farmland downstream. Also, with the piling up of the silt on the upstream side of the dam, the turbines are likely to eventually be blocked, leading the water level on that side to continue rising. Barge traffic also worsens the water quality in the Yangtze River, and as the speed of water flow slows down, the river’s capacity to clean itself diminishes. An estimated 265 gallons of trash and sewage normally flushed downstream and out into the ocean is now being stored in the reservoir. Further pollution from dirty industries along the reservoir is causing frequent toxic algae blooms, as the reservoir is located in the industrial heart of China. The barge traffic and poor water quality have changed the ecosystem of the river, with species such as the Yangtze river dolphin already driven to extinction, and other species such as Chinese Sturgeon, black carp, grass carp, silver carp and crucian carp have been declining steadily with spawning populations shrinking since 2003. The dam building also interrupted the migration of fish, causing the stocks of local commercial fisheries to plummet.

The dam’s water level fluctuates between 145 meters to 175 meters every year. This continuing fluctuation severely destabilizes the slopes of the Yangtze Valley and also the riverbanks, which are now under the risk of collapse. According to the geology professor Lei Hongshun from Chongqing University, fluctuating water levels is like bending an iron wire: it is hard to break it if you bend it once, but if you bend the wire back and forth repeatedly, the wire will easily snap. The lack of stability of the land has triggered frequent landslides, which affected about 9,000 people and 133 hectares, and caused about $500 million in economic losses in less than a year after the dam’s completion, according to an official with Chongqing Land Resources. Also, according to Patricia Adams, the executive producer of Probe International, the dam is straddling a fault line; the weight of the reservoir bears down on this fissure. There is a real chance that the underlining foundation of the reservoir, underneath the dam is not as stable as the engineers were hoping and assuming. If the dam failed, there would be a massive tidal wave that moved down the Yangtze. It would lead to the death of millions and the destruction of zillions of dollars worth of assets, Adams explains.

As the Three Gorges Dam propels China into the future, the rising water erases its past, the Discovery Channel summarized in its Three Gorges Dam documentary in 2006. The destruction of ancient Chinese culture and historical treasures has been massive, over 1,200 archeological digs along the Yangtze, some dating back 4,000 years, along with another 8,000 unexplored sites have vanished. Numerous Chinese cultures and traditions emerged by the banks of the Yangtze. Imagine Shakespeare’s birthplace, Egypt’s Valley of the Kings and the battlefields of Gettysburg all submerged beneath hundreds feet of water, and one might understand the enormity of what will be lost, the documentary predicted. According to Dr. Yu Weichao, former Director of National Museum of Chinese History, only one percent of the total cost of the project $26 billion was designated to the preservation of cultural treasures, while in advanced countries the percentage is usually between three to five percent of the construction budget. Along with the archeological sites, more than 140 towns and 1,300 villages along the Yangtze River have been submerged; former residents have been resettled. With 1.4 million people relocated already, another 100,000 might be resettled in the next few years in order to minimize the risk of casualties from the geological threats that have been posed by the dam, according the Huffington Post’s report in 2012. We are building large dams in the name of alleviating poverty, but people who are most in need aren’t receiving these benefits, said Deborah Moore, the former commissioner of the World Commission on Dams, we are moving people off their lands, so the benefits of the dam can be shipped off to cities, or large farms, while the Three Gorges area continues to be one of the poorest areas on earth. Also, among these hundreds of villages, many were historical sites like Dachang, that could be dated back to the Ming dynasty over 400 years ago. Ancient religious temples submerged and have disappeared forever under the Yangtze’s flow.

As a result of the unveiling of China’s emissions goal at the climate summit of Copenhagen in 2009 (to reduce the amount of greenhouse gases emitted per unit GDP by 40 to 45 percent by 2020, compared with 2005) the government launched a relentless new dam building effort under its 12th Five-Year-Plan(2011-15), which has committed to the construction of more than 60 key hydropower projects. In February 2014, a coalition of 19 Chinese NGOs Â released a new report China’s Last Rivers Report to try to raise the Chinese government’s awareness of the importance of healthy rivers. The authors of the report warn that the speed of current hydropower dam construction will bring unexpected, irreversible and unbearable consequences to the country’s remaining rivers. China has already lost 28,000 of its estimated 50,000 rivers within a few decades, according to the first national water census carried out in 2013. [1] Given that the increasing number of dams still cannot fulfill China’s growing energy demands, and given the huge costs of additional dam construction, the question becomes this: Is a strategy of massive dam building really worthwhile? Perhaps the Chinese government needs to come up with more sustainable solutions that do not involve irreversible and inestimable costs.

This article was originally published on UCSD’s Prospect Journal of International Affairs and can be found here. 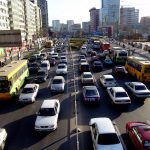