Last week I had the pleasure of attending the 2014 Summer Training Workshop on the Relationship Between National Security and Technology in China (August 4-8) and the 5th Annual Chinese Defense Industry Conference (August 9-10), both organized by IGCC SITC. The workshop and subsequent conference collected participants from a wide array of fields (government, military, industry, academia etc), with a diverse set of backgrounds (engineering, political science, physics, computer science, etc.), to UCSD to discuss the latest developments in Chinese science and technology. Speakers included Tai Ming Cheung (UCSD), Barry Naughton (IRPS), David Finkelstein (CNA), Andrew Erickson (USNWC), and Kevin Pollpeter (IGCC), and Jon Lindsay (UCSD). The diversity of participant backgrounds as well as the multidisciplinary approach used to explore the subject were notable strengths of the program. The workshop also introduced participants to an array of sources and databases for further inquiry into Chinese S&T that are available at UCSD through SITC such as Chinese language databases available through East View, such as CNKI and Wanfang. We had the opportunity to play around with an alpha version of the China-Minerva Database which promises to be a very useful tool for China researchers everywhere. Overall, the workshop did an excellent job of weaving a narrative of how technology, security, and innovation interact with each other in China's rise as a world power.

Since the establishment of the PRC, S&T development has occupied a central role in Chinese grand strategy, both as a means to achieve political and economic goals and, more recently, as an end in itself. Several presentations detailed the historical development of China's S&T policy as well as the strategic context (ex. Sino-Soviet split, Opening and Reform, etc.) that spurred important changes in policy direction. We also explored the organizational structure of China's S&T bureaucracies, both civilian and military, and spent a considerable amount of time discussing the process of defense procurement. Finally, we took an in depth look at several case studies “ cruise missiles, jet engines, HPC, human space program “ to compare strengths and weaknesses of the existing innovation system.

The historical development and trajectory of Chinese science and technology (S&T) mirror its economic miracle. A persistent thread in the presentations were images of near exponential growth across any number of indicators (be it in high-performance computing, R&D spending, or human capital) since the early 1990s. Yet, as Prof. Cheung noted, even as late as 2004, a conference devoted to Chinese S&T would not have made much sense. In remarkable decade, China has made rapid progress towards becoming a global innovation power. In 2014, China finished 3rd place in patent applications behind the US and Japan. It has implemented major programs (the so-called 100, 1000, and 10000 talent programs) to train or attract human capital and invested heavily in its universities (Projects 985 and 211). It has become a global leader in a growing list of technologies high-speed rail, high-performance computing, human spaceflight, ballistic missiles, and clean coal.

Until recently, China has adopted an imitative/incremental approach to innovation. It has excelled at advanced imitation (ex: J-11B fighter) as well as incremental and component innovation (ex. microchips, smartphones), but has struggled with disruptive innovation (ex: atomic bombs, internet). It has followed a technological development strategy of Introduce, Digest, Absorb, and Re-innovate (IDAR).  The state plays a central role in China's S&T development and technological breakthroughs in turn bolster state legitimacy as focal points of nationalism (ex: high-speed rail). Major advances in Chinese S&T have been driven by high-level leadership involvement. The prominent role that Zhou Enlai played in ˜two bombs, one satellite' (ä¸¤å¼¹ä¸ æ˜Ÿ), a program that produced China's first nuclear weapons and satellite, offered a template for future programs such as the human spaceflight program. High-level leadership involvement is often necessary to coordinate actions across bureaucratic stovepipes and concentrate resources in an otherwise fragmented innovation ecosystem. Indeed, creating organizational structures to properly incentivize and manage technological innovation will continue to be a key challenge for China's state-centric S&T system. 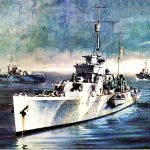 Is China Looking the “Mahanian Way”: The Quest for a Blue-Water NavyMilitary 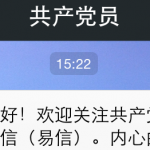 If They Censor it, Will WeChat?Politics, Technology