Jaycee Chan, son of the celebrated movie star Jackie Chan, and Ko Chen-Tung, the Taiwanese star known for his performance in the movie serial “Tiny Times”, were arrested on charges over suspected drug abuse on August 14, 2014, confirmed by the Beijing police in an official announcement on their Weibo page.

Chan, aged 31, and Ko, aged 23, were detained after testing positive for marijuana, both admitted their transgressions. Later the police seized over 100 grams marijuana from Chan’s apartment, and detained two suspects who allegedly helped them with drug provision. Ko is currently under a 14-day administrative detention for drug use, while Chan is in criminal detention for allowing others to take drugs in his house, according to Chinese law officials.

This is just one episode in the continuing saga of the the anti-drug crackdown that was called into effect by President Xi in June. The scandal received polemical reactions from the public. On one hand, many condemn the moral decadence of the entertainment industry. They worry about the negative influence of pop stars on the younger generation, and applaud the tough actions of the government.

Ironically, Ko had appeared in an anti-drug advertisement, and Jackie Chan served as the anti-drug ambassador of China’s National Narcotics Control Commission in 2009. Critics also view the Chan family as corrupt and opportunistic. A popular joke spread online cites Jackie Chan’s famous quote “Chinese people need to be controlled” (2009) as an accurate prediction of his son’s scandal.

On the other hand, a lot of young netizens are sympathetic to the stars “regretful mistake”, Especially Ko, whose talent and promising career won him a wide fan base among the post-90s generation (Ko himself was born in 1991). Some fans use the hashtag #CheerupKaiKo# (#柯震东加油#) to express their unchanged support for their idol.

“Who is infallible? Who does not yearn for forgiveness?” Weibo user Lucky_DD writes, “He (Ko) doesn’t hurt anybody but only his own health. I do like him, but he’s not my idol, and I am not one of his crazy fans. But I won’t end my affection for him because of the drug scandal. Nobody can turn his/her head from someone for such an insignificant reason. Please stop blaming him; he has already paid the bloody price for his mistake.”

While Weibo users celebrate a carnival of words composed of diverse opinions, more serious debates bloom on other SNS platforms. On Zhihu.com, China’s most popular question-and-answer website, the central issue of debate is whether marijuana should be legalized in China.

Defenders make their case from diverse perspectives. Some suggest having a more rational view of soft drugs, based on 2007 research, which finds cannabis less harmful and less addictive than alcohol and tobacco. Others view the proposal in a utilitarian perspective, insisting that the benefits of legalization outweigh the costs, such as increasing tax revenue, destroying black market, and lowering crimes related to hard drugs by citing the experience of the Netherlands, as well as Colorado and Washington in the US. Meanwhile, libertarians view the right to use marijuana as an individual choice with little external harms, and therefore should not be subject to paternalistic state regulations.

Nevertheless, opponents of legalization express concern about the irresponsible description of the “on-addictiveness” of cannabis. “The most dangerous characteristic of marijuana is its uncertainty of being addictive,” says Hong Wuji, a medical doctor on Zhihu, “whereas some people can quit without much suffering, marijuana could cause physical and mental dependence after long-term use, as well as many side-effects.” The controversy in a foreign context has also been widely debated. Conservatives condemn blindly following the liberalization movement in the Western world, “they [the proponents] are only attention-seekers who want to highlight their anti-establishment attitudes, advancing their attitudes on the social media, regardless of the substance of the policy,” says Liu Titanium, another Zhihu user.

Celebrity drug scandals are nothing new to worldwide audiences. However, the heated debates reveal increasing diversification and fragmentation of public opinions in contemporary China. The reason behind the division is not a dichotomy of opposing ideologies anymore. Rather, it reflects the complexity of the issues, political theories and their (re)interpretations in a globalizing and diversifying society.

As a self-assumed fiscal conservative and social liberal, I find my position in the anti-legalization camp. The crux is: could social liberalization precede political liberalization? Without full guarantee of civil liberties, radical social reforms (ex: legalization of drug sales, euthanasia, human cloning) may yield many more negative consequences than in mature democracies. In the worst case scenario, radical reforms weaken the safety net of traditional ethics, and make citizens and consumers vulnerable to populist politicians, businesses who stand to profit, and a degrading and vulgar culture portrayed by mass media. It is old-fashioned morality and social welfare that suffers.

Public support for marijuana legalization has surged in major Western democracies since the 1980s. According to a Pew Poll, in 2013, for the first time the majority of Americans (54%) support making the use of weed legal. Nevertheless, I don’t think China is ready to follow this potentially dangerous trend. In the age of moral relativism, this is more than a political issue. For me, the “weed is harmless” statement seems more harmful than the influence of unlucky pop stars, worse even than the drug itself.

If policymakers and media practitioners looked at the issue more seriously, they would recognize that there are many other fundamental reforms in China to be accomplished. Why grab the green apple first?

Featured photo from Mark on Flickr.com and can be found here. 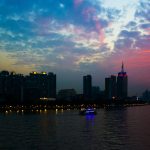 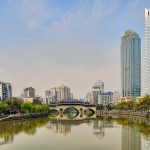