Since the launch of reform and opening under Deng Xiaoping, hundreds of millions of migrants have moved to China’s thriving urban areas in search of work. This so-called
“floating population” is readily visible across China’s modern megacities, from economic powerhouses such as Shanghai and Beijing to manufacturing hubs such as Dongguan and Chongqing. Enticed by significantly higher wages and more plentiful work opportunities, many migrants end up living in urban areas permanently and demand for government services increases as these migrant communities become more established.

Access to government services, however, has not kept pace with migrants’ needs. Across China, procedural hurdles and implicitly discriminatory policies prevent rural migrants from accessing the education, health, and welfare services enjoyed by registered urban residents. UC Berkeley Professor Kevin O’Brien delved into this issue in a recent lecture held by the 21st Century China Center, describing how deflection strategies and “phantom services” have proliferated in China’s urban areas.

The Hong Kong-based China Labor Bulletin currently estimates that there are 282 million migrant workers in China. This influx of rural migrants, many of them long-term transplants, places urban officials in a bind. As outlined by Professor O’Brien, the central government’s drive for urbanization has generated mounting pressure for city officials to integrate migrant workers, but large flows of migrants are costly to accommodate and strain existing services. Officials are often not required to provide any services at all to residents holding an out-of-city household registration, but this sort of outright denial is an increasingly hazardous political move.

Faced with pressure from both the rising population of migrants and an increasingly concerned central government, O’Brien asserts that cities have established procedures that project the appearance of expanded access to services, but effectively exclude the vast majority of migrants and their families. Furthermore, he observes that officials are both deflecting migrants within a city (via complex eligibility requirements) as well as diverting migrants away from large cities (via service withdrawal).

China’s household registration, or hukou (户口) system lies at the center of these discriminatory policies. The availability of services such as education and health care is tied to the locality designated on household registrations, a status that is assigned at birth. Given the significant disparity in government services between urban and rural areas (see education), the system ultimately reinforces widening societal divisions along the lines of socioeconomic class and geography. China’s State Council endeavored to remove the distinction between urban and rural hukou in 2014, but the immense inequality between different localities ensures that this move is more superficial than it seems at first glance.

Nominal reforms and deflection tactics do little to address the plight of migrant workers in China’s largest cities. Neither does funneling migrants into smaller cities with poor quality services and uncertain economic prospects. If the central government hopes to preserve social stability in the long run, it must work to drastically improve social services outside of China’s most prosperous urban areas, or consider substantial measures to phase out the hukou system altogether. 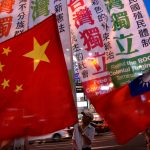 Why Taiwan’s Democracy is Not the Fundamental Barrier to UnificationPolitics 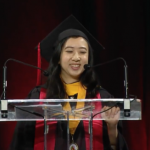