Where are the Slums in China?

As of 2012, China’s rural to urban migration has reached a historic record: a total of 262 million migrants have moved to cities from the countryside. Many western observers and scholars hail China’s urbanization, as China’s cities have absorbed the largest ever influx of rural to urban migrants without the emergence of massive slums. Compared with megacities like Mumbai and Rio de Janeiro, Chinese megacities appear remarkably slum-free. But how did China avoid this problem?

In 2011, a UK-based scholar published a series of papers that ask whether a new geography of global poverty has developed.  His papers argue that the majority of the world’s poor live in the middle-income countries like India and China, rather than in low-income countries. In my research, I observe some distinctive facts about China. First, poverty there is considered as a problem primarily associated with the rural population. Second, according to the World Bank’s poverty line of $1.25 per day, as of 2009 there were 254 million Chinese who count as “extremely poor”. At a poverty line of $2 per day, the poor population could have reached 394 million as of 2012. Third, among migrants streaming to megacities such as Beijing and Shanghai, the majority comes from the countryside.

Given these facts, we can safely assume that at least a certain proportion of rural to urban migrants is pretty poor. At this point, the puzzle is: if it is correct to say that then where is the space (e.g., slums) for them in the city? Or, simply put, where do the poor stay in the city?

Kam Wing Chan, professor of geography at the University of Washington, suggests that China’s rural migrants are “in the city but not of the city“ because of China’s apartheid-like Hukou system, which creates “invisible walls” that prevent them from staying permanently in the city. Simply stated, under Hukou, rural migrants are allowed to work in the city. The city, however, is not responsible for providing social benefits for them. For example, migrant children typically were not allowed to attend local public schools until a few years ago. In addition, opportunities for migrants to change their rural Hukou status and permanently settle in the city are quite slim. For example, despite employing millions of rural migrants, Shanghai has only granted urban Hukou to 43 of them so far.

Constrained by the Hukou system, rural migrants have to keep circulating between their home villages and cities where informal housing is their only option. For many, this endless trip has lasted for decades and spanned generations. Even though there have been hundreds of millions of them, migrants in the cities are highly atomized and marginalized. This is the major reason why there are no expanding slums seen in the Chinese cities. For the government, however, the benefit of implementing Hukou is obvious. The system has enabled Chinese cities to obtained necessary laborers for economic growth and a busy, large and clean-looking city. At the same time, it lets cities avoid the costs of providing housing and other social services to rural migrants. It is the Hukou system that, for better or worse, has created China’s slum-free cities.

is a PhD candidate with the Geography Department at the University of Washington, interested in migration, poverty and politics of space. Read his Chinese language blog here. 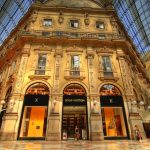 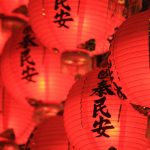 Ripped from the Headlines: Spring Festival Jabs and JubilationsSociety & Culture