Nationalizing Socialism: the Political Theology of the CCP

This year marks the 100th anniversary of the Chinese Communist Party (CCP). In its centennial year, the CCP arranged a series of exhibitions that focused on party history in historical sites and museums. I regard the series of exhibitions as legitimacy-building projects: through the narration of modern Chinese history, these projects resignify some socialist doctrines upheld by the CCP at its origin, painting a politically motivated narrative that serves the current nationalist agenda.

Among thousands of political slogans produced by the CCP’s propaganda machine, “Remain true to our original aspiration and keep our mission firmly in mind” (不忘初心 牢記使命) is a highlighted one. Yet, what is the “original aspiration?” I argue that the conception of original aspiration is resignified by nationalizing socialism. That is, the CCP strengthens nationalism to partly replace its socialist ideology. This summer, I visited political exhibitions in Shanghai and took many photos of the exhibited documents, archives, old pictures, other artifacts, as well as explanatory notes. This article is developed through the case study of the exhibition of the May Fourth Movement at the site of the first national congress of the CCP (Yida Huizhi 一大會址). Within the site of the first national congress of the CCP, a section is dedicated to the May Fourth Movement: “The Roar of the May Fourth Movement” (This is translated from the Chinese title, “五四的怒吼,” but the official English title is “The May Fourth Movement”). This section’s exhibition contains ten old photographs, two telegraphs, two op-eds published in the newspapers, and thirteen flyers written by students at that time. Among these documents, one photograph is about the Paris Peace Conference, which is widely considered the leading cause of the student protests; the other nine photos are about the rallies & parades, and six out of these nine photos have the word “patriotic” in their explanation notes. The students are called “patriotic students” and “patriotic youth”, etc.

Two published op-eds are from Shanghai Student Union’s Daily (上海學生聯合會日刊) and The Weekly Review (每周評論). On the exhibited page of Shanghai Student Union’s Daily, an advertisement carries the following title: “Using Chinese cloth to make western-style hats” (用中國料製西式帽). The main body of that page is an op-ed, which endorsed a nationalist agenda and encouraged Shanghainese students to stand up to “save the country” (救國), as it mentioned that “Since we have launched this movement to save the country, we should carry it to the end.” (既然我們發起了這個救國的運動，就一直要做到底). Another published op-ed in The Weekly Review is about the background of the Paris Peace Conference. The op-ed is titled as “Shandong Issue” (山東問題), taking on a nationalistic position to “warn the people of the Entente Powers” (敬告協約國國民) against the transferral of concessional ownership of the Shandong province from defeated Germany to emerging Japan.

This assorted display of documents, however, deliberately shows a particular angle of the May Fourth Movement. As Jeffery Wasserstrom pointed out in his book Student Protests in Twentieth-Century China: The View from Shanghai, besides being a merely popular anti-Japanese protest, another critical role of the May Fourth Movement is to provide “repertoires and scripts” to the continuities of student mass protests in 20th century China. Of course, nationalism is one of the most important causes and origins of the May Fourth Movement, yet other elements of the movement were largely omitted by the exhibition: anarchism, radicalism, the collaboration between different social classes, as well as the demand for democracy and science.

For one, the radical tactics deployed by protestors are seldom mentioned in the exhibition. The apex of students’ radicalism in the May Fourth Movement is reached when the student protesters accuse Tsao Ju-lin (曹汝霖), a high-level officer of the Beiyang government, of being a traitor, and burn down his house on May 4th, 1919. At the same time, the student protesters attacked another high-level officer who happened to be in Tsao’s house, as Tse-tsung Chow mentioned in his book May Fourth Movement: Intellectual Revolution in Modern China. During the May Fourth Movement, students, especially those in Shanghai, formed many autonomous organizations. As Wasserstrom pointed out in his book, during the late spring of 1919, some student protesters started to play the role of the police. This voluntary policing yields a scent of anarchism: students partly took over the municipal officials’ functions. For example, students formed an autonomous unit called “the group of ten-persons” (Shirentuan,十人團) to ensure the safety and efficiency of the student body. When the student protesters desired to promote the anti-Japan agenda, they appointed teams of censors to make sure that no Japanese commodities were sold in shops. Such tactics with a strong anarchistic color also cannot be found within the exhibition.

Socialism as a broad umbrella term encompasses a wide spectrum of thought. Some socialist concepts would provide legitimacy to specific nationalistic agendas, while others are in conflict with said agendas. When a particular school of socialism provides legitimacy to the nationalistic agenda, it would be welcomed and openly praised (for example, Marxism); when other schools of socialism come in conflict with or even endanger the nationalist agenda (for example, anarchism), such thoughts would be automatically omitted or pushed aside by the CCP. 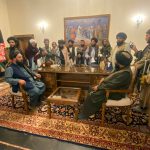 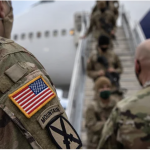