The fourth industrial revolution is underway. Artificial intelligence, big data, high-end manufacturing, and 5G have become new “battlegrounds” of international competition. Countries and corporations are competing over these emerging industries to gain first-mover advantages and the invaluable opportunity to set the standards in these fields. Any breakthroughs in these emerging battlegrounds will inevitably shift the balance of future geopolitical and economic power. China is determined to become the global leader and standard setter in emerging technologies. Facing China’s rapid growth, the United States, which is the current superpower of technology and innovation, needs to re-evaluate its policies toward Chinese technology companies. Chinese telecommunications giant Huawei is an ideal entity for assessing Chinese technology companies’ global impact and the effectiveness of U.S. sanctions.

Huawei is one of the world’s major suppliers for telecommunications equipment and smartphones, and its growing impact has attracted increased vigilance from the U.S. Starting in August 2018, the U.S. Department of Commerce issued a restriction on Huawei’s access to electronic components, more specifically semiconductors, that were developed or produced using U.S. technology. The U.S. government has since continued targeting Huawei with a series of sanctions. In May 2019, former President Trump signed an executive order in which the U.S. government would consider Huawei as a national security threat and prohibit the company and its subsidiaries from purchasing or using U.S. technology. The sanctions targeted Huawei’s smartphone business, as the U.S. remains a leader in semiconductor design, and chips are the core components of smartphones. Being denied access to U.S. technology was expected to be a huge strike for Huawei’s smartphone business. Despite the Trump administration’s fervent efforts, U.S. allies reacted differently: while New Zealand and Australia quickly followed suit in barring Huawei’s entry, the European countries had ambivalent reactions toward Huawei’s technologies.

Huawei’s looming connection with the Chinese military has facilitated its expansion into business. Bloomberg revealed that Huawei staff have been collaborating on research projects with the military, with projects ranging from AI to radio communication. Achievements through this collaboration inevitably have facilitated Huawei’s development. In 2018 alone, Huawei announced more than 30 5G commercial contracts and has created more than 40,000 5G sites in the world. Absorbing 20% of the global market share at its peak, Huawei has become a major global phone maker. In order to better evaluate the impact of U.S. sanctions, we have created a panel dataset that focuses on Huawei’s financial performance, phone sales in global markets, and 5G contracts in the 2015-2020 period. Huawei’s annual reports, press releases from analyst firms, and Statista were our primary sources for data collection.

Based on data from the first three quarters of 2020, Huawei has shown a distinguished performance in the Chinese market, especially after the U.S. bans. The graph below highlights two bars to indicate the specific quarters in which the U.S. imposed its bans on Huawei. Huawei’s domestic performance in the smartphone market improved significantly between and after the two bans.

When the U.S. imposed its first ban on Huawei, the telecoms giant’s domestic smartphone market share was a little above 25%. Following the United States’ second ban, imposed in 2019, the market share surprisingly soared above 45%. Based on the data, Huawei’s revenue from the Chinese market has exhibited rapid growth since 2015, without much hindrance from U.S. bans. This result aligns with our expectation that China’s nationalism helped to amplify phone sales. At the same time, U.S. bans likely induced Huawei to further focus on the domestic market. The company’s new orientation also caters to the Chinese government’s “dual circulation” strategy, which aims to expand the domestic consumer demand component. The “dual circulation” concept is anticipated to be at the core of China’s upcoming 14th Five-Year Plan. With the encouragement of government policy, Huawei will likely see future growth in phone sales and domestic market share.

In comparison to Huawei’s domestic performance, its successes in the overseas markets proved a bit lackluster. The figure below depicts a similar pattern between Huawei’s domestic and overseas performance in response to the two U.S. bans, but the international rate of growth in shipment numbers is much lower between the two bans, relative to the domestic market rate.

In the most recent data, Huawei’s overseas market share dropped from almost 25% to about 15% in the third quarter of 2019.

We selected a subset of 16 countries for more detailed analysis; however, we did not discover any notable patterns of change in Huawei market share among those countries, before or after the U.S. bans. As indicated in the following chart, Huawei’s mobile device market share over the last six years has increased in almost all countries (arranged in alphabetical order), albeit at different rates.

The trendlines for South Korea and the U.S. predictably remained flat throughout the period: Huawei has much fewer business transactions in both countries. However, countries willing to embrace Huawei despite U.S. bans–Chile, Mexico, South Africa and Russia as examples–exhibit upward trends in Huawei market share. For Russia and Mexico, these trends became even more notable after the U.S. bans in 2018 and 2019. The only countries displaying potential downward trends are Saudi Arabia and Spain. The bans left a visible impact on Huawei’s business since 2018 for Spain in particular.  Broadly speaking, Huawei’s mobile device market shares were barely affected by U.S. bans in most selected countries.

In fact, Huawei’s performance has on average been rapidly improving in these selected countries, with the mean market share soaring from 2% to around 13% over the six-year period.

From this we can infer that Huawei has been transferring its focus to some specific countries, causing its performance in mobile markets to vary more significantly across different countries. Combining this hypothesis with observations made about the 16 countries’ trendlines, the countries with more notable upticks in Huawei market share are precisely where the telecoms company has been focusing its mobile device business in recent years, especially after the U.S. bans.

Compared to Huawei’s major competitors—Ericsson and Nokia—the graph below shows that the bans potentially weakened Huawei’s 5G competitiveness in the global market. Ericsson and Nokia’s 5G contracts have soared after the ban was imposed in May 2019, with Ericsson’s reaching 117 and Nokia’s reaching 100 in 2020, while Huawei did not see much progress in its 5G contract numbers.

Considering the lagged impact of the U.S. ban, Huawei’s 5G business stagnated rather than dropping immediately. Huawei’s previous advantage in 5G contracts faded away in 2020: its 5G contract numbers reached only 92 in the third quarter of 2020. Huawei being surpassed by its competitors in terms of 5G contracts leads to a reasonable conclusion that the second U.S. ban significantly weakened Huawei’s competitiveness in the 5G arena.

Huawei has been expanding its global market despite U.S. sanctions. Even though the Chinese market remains its single major source of revenue, the brand has become more widely acknowledged in the world, especially in countries that have not joined the U.S. in enacting bans. The sanctions have had the effect of slowing growth in some markets, while a growing number of countries are choosing to not abide by the ban. Nevertheless, we are unable to conclude that the sanctions are effective in maiming Huawei’s smartphone business. On the other hand, the drop in contracts shows that Huawei’s competitiveness in the 5G network may weaken if governments continue implementing sanctions.

International politics, economics and technology development are becoming increasingly intertwined in the era of globalization. States are no longer the only actors in international competition. Huawei is a prominent example of how large corporations enter and influence international politics. With 5G’s potential of reshaping the modern industrial system down to individuals’ lifestyles, Huawei’s example is just a start of the race among the “great powers.” In the future, the battlefield might well extend to other cutting-edge technological areas, including the approaching 6G technology. Policymakers on both sides should promote policies that ambitiously develop emerging technologies and initiate productive solutions to mitigate the risk of future U.S.-China conflict. 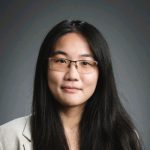 April is a Master of International Affairs student at UCSD School of Global Policy and Strategy, specializing in China and International Economics. She recently graduated with a B.A. in International Studies from UCSD. Her research interests include economic policies, China’s global economic impact, and U.S.-China relations.
View Posts 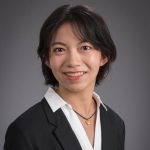 Siwen is a Master of International Affairs student at UCSD’s School of Global Policy and Strategy, with a specialization in international politics. She graduated from Renmin University of China with a BA in English Language and Literature. She currently is a research assistant to the Institute on Global Conflict and Cooperation (IGCC) and Professor Tai Ming Cheung. Siwen’s research interests include China’s technological innovation and security, China-US relations, and China’s political economy.
View Posts 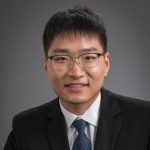 Yaosheng is a second-year Master of International Affairs student at the School of Global Policy and Strategy of UCSD, specializing in International Politics and China. His research interests include Chinese technology development, comparative politics, and political economy of development.
View Posts 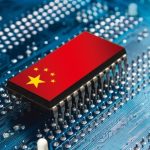 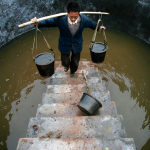