China has never hesitated to deploy its fiscal and national strength, via scientific and technological innovations, in pursuit of economic and social development. China’s spending on Research and Development (R&D) surged from 0.72% of GDP in 1991 to 2.13% of GDP in 2017, totaling an expenditure of $442.7 billion (in 2010 USD). China is now only second to the U.S. in domestic R&D expenditure. China’s economic growth resulted in an increase in R&D investment, and, in return, China’s innovation progress sustains the economic miracle.

Despite a recent shift in its emphasis, China’s National Innovation System (NIS) plays a central role in promoting and monitoring innovation, as well as allocating resources within a top-down structure. While the NIS has been expected to steer China’s transition into an innovation-driven economy, its role gradually shifts from the central planner toward an overseer guiding more enterprise involvement. Nevertheless, its connections to enterprises for R&D funding reveal classic principal-agent issues, in which enterprises and local governments are less efficient in executing the NIS’s blueprints. The recent overheat in the domestic semiconductor industry is a clear example of this.

The NIS’s current priority is to strengthen market incentives for research and innovation. From there, China will transform itself into a country with an innovation-driven economy. Beginning in 2006, the Chinese government discovered that the “market for technology” strategy became less sustainable after the era featuring a rigid top-down structure, absorption, and catching-up with western developed nations. While the catch-up period provided a rapid enhancement in manufacturing capabilities, Chinese technologies were mainly adopted from or under the constraints of technologies from developed countries. China had not yet acquired the advanced technologies needed to challenge other countries’ leading positions. As the domestic market has grown increasingly saturated, the power of Chinese manufacturing capabilities as an economic catalyst has declined marginally. Taking these emerging shortcomings into account, the central government saw the necessity of indigenous innovation for a total upgrade in technology.

The Chinese government restructured the NIS with a set of reoriented goals in R&D. There have been four systemic changes since 2006: (1) National science and technology (S&T) programs were revamped and separated into Major Special programs and Basic programs. While the Basic programs can be generally summarized as government support for S&T in a broad range of sectors, the Major Special programs focus on strategic development and generic technology that may have extensive impacts or change the industry standards. (2) The “technological innovation guiding project” was introduced, promoting enterprises to become the main actor in stimulating innovation. (3) Chinese leadership established innovation-oriented funds for investment in research and innovation projects. (4) The last major change was the creation of leading groups across ministerial and regional departments to review and coordinate S&T projects.

From these large-scale changes, the Chinese leadership has signaled that indigenous innovation and standard-setting in the technology sector are at the forefront of its strategy for increasing China’s comprehensive national strength. The government has become more willing to give up the driver’s seat in the NIS and is encouraging the private sector to invest in technological development. Nevertheless, like many other countries, China’s different levels of government have their own interests, and companies also have their own evaluations on development. That both Chinese SOEs and private enterprises tend to have little incentive for innovation, not to mention investment in this field, is a widely accepted fact. These issues reveal the principal-agent problem underlying the NIS governance structure.

A Case of Principal-Agent Dynamics

In the book The Logic of Delegation, Kiewiet and McCubbins describe that when overseeing “principals” endow their authority to “agents” for specialist problem-solving, the principal-agent problem arises due to the conflict of interests between the agents and the principals. Since both sides take actions to maximize their personal interests, agents’ hidden information and asymmetric information on cost will allow them to pursue their personal incentives instead of the principals’. Fitting China’s innovation grand strategy to this framework, the enterprises are the “agents” following the guidance and accepting funding from the “principal” NIS in order to achieve innovation goals.

An indicator of tension in the National Innovation System-enterprise relationship is the overheated semiconductor industry. The Chinese government has been providing substantial aid to the semiconductor industry, especially after the U.S. enacted sanctions on Huawei and ZTE. However, this sector already appeared in five-year plans much earlier: since the 2000s. In addition to concessions in tax collection and bank loans, the central government also established the National Integrated Circuit Industry Investment Fund (国家集成电路产业投资基金) and raised 138.7 billion RMB for creating “Chinese Chips.” Most of the costly projects are financed by the Fund and local governments. While the national Fund only prioritizes the large-scale projects that have the potential to succeed, many local governments were fierce in financing and building up local semiconductor enterprises in order to meet national goals and earn praise from President Xi. The obsession resulted in many companies filing for bankruptcy. Nanjing’s Tacoma Semiconductor with 17.5 billion RMB of funding from the local government was one such example. The Hongxin Semiconductor Manufacturing Co., Ltd. from Wuhan also had its land usage rights frozen by the court due to its insolvency in repaying the bills on construction. The project was backed by a $20 billion investment from the Wuhan government, which positions itself as the technology hub in Phoenix, Arizona.

The semiconductor industry requires long-term and large-scale investment in R&D. It often takes years to generate results, but the manufacturing technologies quickly become obsolete in two to four years. More importantly, the entire industry lags behind 2-3 generations in manufacturing–meaning that it would take decades to be on par with leading rivals–so China’s lower-end chips are much less profitable in the global market. Many of the short-lived companies did not disclose their disadvantages in manufacturing technologies nor the market situation during the financing process. Some companies, for instance Hongxin, should receive even more scrutiny, as they were quickly stalled with unfinished construction. The hidden information thus hindered the NIS’s progress in creating “Chinese Chips.”

Adding to the difficulty of gaining investments from the private sector, the local governments often downplayed their abilities in fundraising. The lack of private investment reveals the National Innovation System’s stagnant progress in turning private enterprises into the pioneers of innovation development. This series of problems also reflects that the NIS has weak governance on endorsed projects. The agents within the innovation system, namely those implementing the local and national-level projects, are competing with each other for profits. Overall, thinly-spread resources and conflicting interests between principals and agents have resulted in many failures in developing the semiconductor industry.

Cooling Down the Semiconductor Industry

The principal-agent theory mentions “contract design” and “monitoring and reporting” as plausible solutions to the issue. However, if the NIS adopts stricter management and more frequent inspections, the system then contradicts its original goal of transforming into a system for market-driven technological development. The “contract design” method, which aligns principal and agent incentives, is less feasible because the principals also have different interests. While the local governments can be considered principals in this framework, as they are a significant source of funding for innovation projects, their interests do not align. The semiconductor industry presents an opportunity for local governments to compete with each other in order to boost their own political portfolios. One solution is to encourage mergers and acquisitions in the market in the midst of reassembling and allocating funds based on the enterprise’s potential. The key prerequisite is consensus among levels of governments and different semiconductor projects regarding this redistribution.

Under current Chinese leadership, the NIS prioritizes market-driven innovation to create an innovation-driven economy. However, the overheated semiconductor industry reveals an underlying fundamental principal-agent problem within this attempted transformation. In order to promptly achieve its goals, the NIS first needs to not only resolve the conflict in interests between the central government and enterprises, but also the conflict between local governments themselves.

April is a Master of International Affairs student at UCSD School of Global Policy and Strategy, specializing in China and International Economics. She recently graduated with a B.A. in International Studies from UCSD. Her research interests include economic policies, China's global economic impact, and U.S.-China relations. 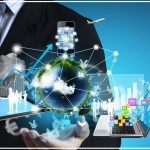 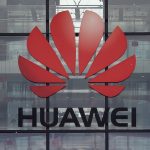