Literature often points to Chinese Communist Party economic policies of the early 1980s under Deng Xiaoping to explain the uneven GDP levels between cities and the countryside. The “reform and opening up” policy led to certain provinces being left behind, and has impacted China’s current poverty alleviation efforts. Whether or not China has successfully met its 2020 goal of a “moderately prosperous” society remains uncertain. This article will look at the historical factor of Qing imperial examinations as a contributor to China’s modern economic prosperity distribution. GIS spatial analysis provides some evidence that the geographical placement of individuals who passed palace-level imperial examinations during the Qing Dynasty correlates with present-day growth outcomes.

This system not only greatly broadened the pre-modern government’s basis for selecting talent, but also allowed intellectuals in the middle and lower classes of society to have the opportunity to move to the upper class through scientific research. Nearly half of the scholars in the Ming and Qing dynasties originated from families with lesser educational exposure and little political or economic clout. This exam was a critical means for the young generation to reverse the less prominent legacy of their ancestors.

Using data from the Harvard China Biological Database, the heat map below shows the geographical distribution of individuals who passed the palace-level imperial examination during the Qing Dynasty. From this map, the distribution of passing examinees across China does not seem random. Areas surrounding Beijing and Shanghai and provinces with coastal access have the highest density of people who passed the Qing imperial examination, while China’s central and fringe provinces have a lower density. Points are visually mapped according to passing individuals’ official record of residence.

Based on some Chinese research findings on cultural influences of the imperial examinations in the Qing period, quotas played an important role in determining the eligibility of candidates. The Yuan Dynasty was the first dynasty in the history of China’s imperial examinations to have quotas based on ethnicity. In terms of quota setting in the Qing Dynasty, the number of Manchu people admitted in the imperial examination shows that Manchus—the ruling ethnic group of the Qing—were given preference. The admission rate of Han people averaged about 2%, about ten times stricter than the 20% admission rate of Manchu people. Through quota setting and the design of examination content, the interests of Manchus were protected and Manchu cultural elements were highlighted. Low-ranking children from ethnic minorities outlined by the “Eight Banners” would often be unable to participate in the later stages of the examination due to the long journey and high cost. Cumbersome examination methods and identification procedures forced many to enter Beijing to take the examination, which at least partially explains the high concentration of passing examinees residing in Beijing and surrounding provinces.

The map above shows a heavy overlap in the imperial exam data points and areas with high county-level GDP in the year of 2000. While there are countless factors that can lead to regional discrepancies in GDP growth, the correlation between these two variables opens up an interesting study. Reasonable explanations for successful imperial examinee residences sharing a geographical location with many high GDP counties of today include the following. First, the ancient imperial examination system morphed into the civil servant selection system seen throughout Chinese regimes. Those who passed the palace imperial examination during the Qing period could secure top bureaucratic roles. Once these individuals became decisive members of the political system, their families gained strong political and economic legacies. Many generations later, it is not improbable that the clustering of economic success was aided by earlier generations having an integral role in politics.

For example, local government officials in pre-modern China contributed to implementing imperial policies, including economic distributive measures. Scholars often agree that the Chinese system has been shaped by centuries of guanxi establishment, meaning that connections play an important part in determining career outcomes. The Qing Dynasty experienced high levels of corruption, and while the imperial examination system created a sense of meritocracy in China, it also could have motivated government official bribery or regional favoritism, once successful scholars became political elites.

An alternative explanation is that county GDP in these regions has historically been high, regardless of the Qing imperial examination system. There is credence to this explanation, as during this time period, Beijing and Shanghai had historic roles of political and economic importance. Therefore, perhaps more scholars were able to emerge from these areas and succeed in the imperial examination, simply because they had more economic resources to receive private tutoring and higher quality education to begin with. Areas along the coast have long been favorable areas for ports and trade, which increases the regional economic disparity when compared to some inland regions. The high density of imperial examination data points lining the coast of Zhejiang, Fujian, and Guangdong provinces furthers this hypothesis.

However, there are also some unexpected regions of relatively high GDP, such as Sichuan province, Chongqing municipality, Shandong province, and Anhui province. These areas have not been historically prosperous areas for maritime trade, nor are they political bastions. Interestingly, all of these regions also have relatively large numbers of successful Qing imperial examinees. This may indicate that economic growth cannot be only explained by factors that are purely economic in nature, and that we should look to certain historical nuances such as educational outcomes, for contributing answers. 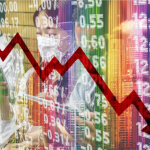 Chinese Analysis of COVID-19’s Impact on the EconomyBusiness, Economics 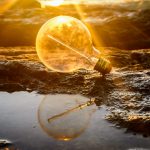 Solar Energy in China: The Past, Present, and FutureEconomics, Environment