Instability and Unpredictability: The Present and Future for Cross Strait Relations

The UC San Diego School of Global Policy and Strategy and the 21st Century China Program are host to some of the world’s leading China watchers. In this column, China Focus blogger Chutian Zhou sits down with Jacques deLisle, an expert on Chinese politics and law, cross strait relations, and the international status of Taiwan, and asks him several questions about the current status and the future of cross strait relations.

This article is a paraphrase of the notes taken down during the interview with Jacques deLisle.

Since Tsai Ing-wen’s ascension to power in Taiwan in May, 2016 and a “precedent-shattering” phone call between her and the U.S. president elect Donald Trump half a year later, cross strait relations, U.S.-Taiwan relations, and U.S.-China relations have become increasingly murky. After years of relative stability and promise under Taiwan’s former President Ma Ying-jeou and America’s Barack Obama administration, Jacques deLisle argues that instability and unpredictability will be the main theme of the cross strait relations in the foreseeable future.

Tsai, the chairwoman of what is often called the “pro-independence” Democratic Progressive Party (DPP) and the head of the current DPP-led Republic of China (ROC) government, is certainly not an accommodating figure from Beijing’s perspective. According to the mainland’s rhetoric, what Tsai has handed in thus far is an “incomplete test paper,” with Tsai refusing to accept the 1992 Consensus or a “one China principle” ”two of Beijing’s key demands. Beijing’s response to Tsai must grapple with Tsai’s version of a strategy ably and cleverly pursued by several leaders to Taiwan. For example, though Taiwan’s participation in international organizations is highly constrained, it behaves “as if” it were a participant or member; in other words, Taiwan proactively engages with the globally recognized norms promoted by key states and international institutions (deLisle 2016). Tsai continued Taiwan’s traditional longstanding adherence to democratic principles at her 2016 inauguration, touting how “the people of Taiwan have shown the world” their commitment to “freedom and democracy.”[1] On environmental issues, Tsai pledged to abide by the “agreement negotiated at the COP21 meeting in Paris” and gave this agenda a prominent place.[2] As for human rights, Tsai has continued her predecessors’ emphasis on Taiwan’s commitments to the human rights norms embodied in the key UN treaties, and has added a more controversial promise to undertake, and complete within three years, an official investigative report on the White Terror era. “Past deeds could be forgiven, but not forgotten,” as Tsai told the public.[3] Tsai’s touting of Taiwan’s conformity to key world norms, which has been expressed frequently in various contexts, is a wise move for enhancing Taiwan’s international stature.

While the mainland can gain little by criticizing Taiwan’s behavior in pursuing and publicizing implementation of global norms, Beijing is capable of “punishing” in other realms relevant to Taiwan’s international space.  It can erode the so-called “diplomatic truce” with Beijing, a major accomplishment achieved by Tsai’s opposing-party predecessor Ma Ying-jeou. On the eve of Tsai’s presidency, China resumed diplomatic relations with Gambia, which had severed formal relations with Taiwan near the end of Ma’s tenure. In December, 2016, the African island nation São Tomé and Príncipe turned away from Taiwan and switched formal ties to Beijing. The pool of countries that officially recognize Taiwan has dwindled to 21, down from the 23, at which it had held steady through almost all of the Ma years. While deLisle labels Gambia’s switch as “an ambiguous signal,” (this is not the first time it has severed ties with Taiwan and the break came during Ma’s incumbency) the restoration of diplomatic ties between China and São Tomé and Príncipe“ is a forceful signal of Beijing’s dissatisfaction with Tsai,” as this tiny African nation made an immediate switch from Taipei to Beijing after Tsai came to office and in the aftermath of Tsai’s call with US President-elect Trump. deLisle argues that China preserves options and maintains ambiguity because Beijing “allows,” rather than “presses,” Taiwan’s formal partners to switch. Still, such moves show that Beijing holds the initiative in deciding the direction of the cross strait relations, and act as a key gatekeeper to Taiwan’s meaningful participation in the international system. With steps such as this blow to the diplomatic truce, the mainland is flexing its muscles toward Tsai and Taiwan.

Taiwan’s international stature is more dependent on its informal ties with its more powerful, quasi-allies such as the U.S. and Japan. Here, there are some reasons for feelings of relief in Taiwan. Taiwan’s relations under Tsai with the U.S. under Trump and Japan under Abe Shinzo are expected to be strong and, in some respects, to gain.  But such gains can cause the cross-strait relations and China’s relations with the U.S. and Japan to become more volatile. One of the most significant incidents in the past few months was the phone call between Tsai and Trump, who “broke with a policy that had avoided such direct, high-level contacts since the US severed formal relations with the government in Taiwan nearly four decades earlier.”[4] The phone call has aroused a hot debate and many think it was a mistake, but deLisle notes the plausibility of Obama’s statement and accompanying caution: that policies need not remain unchanged but that “one has to have a good reason” for making unsettling changes. deLisle further states that some increase in Taiwan’s stature in U.S. policy might not be a mistake. It is possible that an adjustment of America’s policy in a more “pro -Taiwan” direction is defensible in terms of U.S. aims and interests, given “Taiwan’s durable stature as a human rights-protecting market democracy” in contrast with China’s increasingly repressive regime, and given the long-standing U.S. approach of increasing cooperation with whichever side it views as not being the cause of deteriorating cross strait relations.[5] The U.S. has been more favorable towards Tsai in the last two years than in 2011, when Tsai received a chilly reception in Washington D.C. during her unsuccessful presidential campaign because of U.S. skepticism about her ability to handle cross strait relations. By contrast, Tsai’s 2015 U.S. visit and emphasis on an approach to cross strait relations that promise continuity and stability earned her a more positive reception.[6]

In assessing Trump’s actions as president-elect, deLisle concludes that Trump’s phone call and subsequent tweets and interviews likely reflect three traits: his desire to show a tough attitude toward China; his determination to show that he will not be constrained by long-established policies; and his tendency to let his intuition play a critical role in policy making. It is hard to predict the impact the phone call and related developments will bring because sophistication and delicacy have not been “hallmarks of the Trump campaign.”[7] deLisle thus advises that we will need to wait and see how President Trump acts when making operative policy decisions before judging the impact of the phone call, tweets and other statements made before Trump came to office.

Another significant, if informal, partner for Taiwan is Japan, and observers see the warming Taiwan-Japan relations as stemming from the DPP’s “pro-Japan” reputation and Tsai’s ties to Japan through her mentor, former ROC President Lee Teng-hui (deLisle 2016). Tsai’s early moves indicate an emphasis on strengthening ties with Japan. She undertook a high-profile pre-election visit to Japan where she was warmly welcomed despite opposition from the Beijing government, and appointed the DPP elder Frank Hsieh as Taiwan’s representative in Japan. Abe, Japan’s incumbent Prime Minister, also congratulated Tsai for her election as ROC President by saying “Taiwan is an old friend of Japan’s.”[8] Alastair Iain Johnston (2003) once proposed a scenario that was intriguing and not impossible, which was Japan’s participation in U.S. military operations in defense of Taiwan. While deLisle notes that this hypothetical would not be tested unless an unlikely crisis erupts, he says all sides of the U.S.-Japan-Taiwan triangle are strong or strengthening and the cooperation among the three countries on security matters may well increase.

In Beijing’s view, the DPP’s taking power is the root of many of these problems for China. Understandably, Beijing favors a Kuomingtang (KMT)-dominated Taiwanese politics under which there can be “rapprochement” and positions more favorable toward Beijing policies. deLisle believes the KMT’s outlook is dim for the near future. Even though the groundbreaking “Xi-Ma meeting” (between Xi Jinping and Ma Ying-jeou in Singapore, marking the first meeting between the KMT and the CPC leaders in the PRC era and the first-ever meeting between the heads of the ROC and PRC governments) and “Xi-Hung meeting” (between the CPC and the KMT leaders Xi Jinping and Hung Hsiu-chu) have taken place in the past two years, the Xi-Ma meeting was  largely symbolic, and the Xi-Hung meeting of very limited significance given the political weakness of Hung and the KMT. From deLisle’s perspective, compared to other KMT leaders who have met with CCP counterparts, Hung is not a current or former holder of high governmental office, and likely not a credible presidential candidate for 2020. The KMT needs positive answers to some or all of several questions if it is to prevail in the next national elections: (1) Can the KMT solve its internal problems, including demoralization after 2012 and internal division? (2) Will voters become less supportive of Tsai, especially if the economy fails to thrive or the cross-strait relations deteriorate? (3) Can the KMT become a more “Taiwanized” party and appeal to a younger generation of voters whose identity is primarily “Taiwanese”? If not, Beijing may have to wait at least eight years before it can realize its hope of seeing KMT’s return to power.

In conclusion, based on all the incidents that have happened: such as São Tomé’s switch, the shelving of top-level cross-strait dialogue, Trump’s phone call, and most recently, China’s aircraft carrier Liaoning’s operations in the Taiwan Strait and beyond the “First Island Chain,” there is a conspicuous downward trend in the cross strait relations. “Tsai is not accommodating on Beijing’s litmus tests (acceptance of the 1992 Consensus and a “one China principle”), but this is exactly how she was expected to behave, and is consistent with how she campaigned and what her voters supports. The current downturn in cross strait relations has been precipitated primarily by China (with its response to Tsai) and by the U.S. (with Trump’s statements, including describing the ‘one China policy’ as a ‘bargaining chip’),” says deLisle. As deLisle puts it, “the ball is Beijing’s court.” If the mainland uses rhetoric and actions perceived intransigent or provocative by Taipei and Washington, it is unlikely to advance its goal of peaceful reunification. In deLisle’s view, for the foreseeable future, Beijing has “won on the issue of formal independence or anti-secession but has lost on the issue of reunification. The question is how Beijing chooses to cope with that situation.” 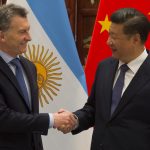 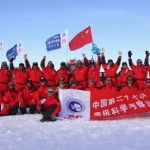