China Focus is pleased to share Beijing-based comedian Jesse Appell’s recent performance at UC San Diego, hosted by China Focus. Check out the video below, and listen to our podcast interview with Jesse to learn more about comedy in China! 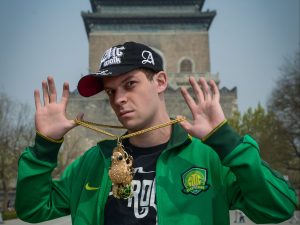 Jesse Appell (è‰¾æ°è¥¿) is a Fulbright Scholar Alumni whose research focuses on Chinese humor and performance. He is a disciple of master Xiangsheng performer Ding Guangquan, and regularly perform Xiangsheng (a form of Chinese comedy also known as crosstalk), bilingual improv comedy, and Chinese stand-up live and on TV. Jesse creates comedic online videos intended for the Chinese audience; one of these, Laowai Style,  gathered 2 million hits across several media platforms.

Jesse's performances, writing, and commentary on Chinese comedy, media, and culture have been seen and heard on CBS, TEDx, PBS, NPR and PRI, as well as Chinese media such as CCTV, BTV, and CRI. He has performed Chinese comedy at Yale University, University of Washington, Brandeis University and more on his Great LOL of China  North American tour. He was listed as one of the People of the Year  by the Global Times in 2012.

Jesse founded http://www.laughbeijing.com, with the focus of using comedy to bridge cultural gaps by focusing on storytelling and character rather than surface differences and stereotypes.

This event is generously co-sponsored by the 21st Century China Center, the Fudan-UC Center on Contemporary China, and the UC San Diego International House. The 21st Century China Center is host to some of the world's leading China watchers. In the ‘Three Questions with…’ series on our blog, we sit down with these experts and ask them three questions related to their field of expertise. Please stay tuned for ‘Three Questions with…Jesse Appell’! 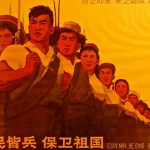 Of Art and Cultural RevolutionSociety & Culture 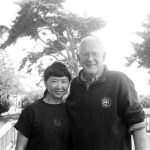