The UC San Diego School of Global Policy and Strategy and the 21st Century China Program are host to some of the world's leading China watchers. In this column, we sit down with these experts and ask them three questions related to their field of expertise.

Kaiser Kuo is a Chinese American freelance writer and musician who has lived in China for the past 18 years. He is the Director of International Communications for Baidu and co-host of the Sinica Podcast, a weekly discussion of current affairs in China. He is also guitarist and co-founder of the band Spring & Autumn and was a founder of China's first heavy metal band, Tang Dynasty. Kaiser is one of Beijing’s most prominent expats and a regular contributor toÂ Quora.com. Here are three questions with Kaiser Kuo as answered on Quora!Â

Quora: What has it been like to watch China change so drastically in the last 10-15 years?

Kaiser: Living in China across this period of tumultuous change has been so, so many things: thrilling, agonizing, spirit-lifting, soul-crushing, inspiring, and depressing ”and everything in between. I’ve experienced moments of soaring pride and abject shame. For me, as I suspect is the case with many, the pace of change is what makes China so compelling ”what draws so many to China, and what draws so many Chinese to its epicenters in the coastal cities. China is in a moment of such obvious historical significance that it would be almost unthinkable for me to miss out on what happens as it continues to lurch forward. Well, mostly forward.

…Of course the most critical changes haven’t been in hardware, but software. The kind ofÂ social and cultural transformationÂ is something one could write many, many books on. Chinese people have undergone the kind of change that one would think would cause major psychological harm in most populations. And while not everyone has come up through this process with their sanity intact, most folks here strike me as impressively stable, resilient and mutable.

…While there are some high-minded, public-spirited individuals, it would be hard to argue with the assertion that the dominant ethos has become rampantly materialistic. Chinese today are on balance far more consumption-oriented than their recent forebears. People have often spoken of a “moral vacuum,” and I tend to think this has been overstated, but I do recognize that for many there’s a lack of moral nourishment if not a total vacuum. Money-madness manifests itself the same in any society, I suppose, but in China seeing it up close has been very dispiriting. The virtues of thrift and frugality turn into miserliness and a willingness to cut corners. Business ethics are too often just thrown by the wayside. There is very little mutual trust.

In the cities, especially, there’s a mad rush to get ahead. The pace of life can be absurdly fast ”and this in a place where I once distinctly recall musing, “You know what I love about this place? It’s the slow pace of life.” You see it in the way people walk: it’s gone from a maddeningly slow saunter (late 80s) to veritable speed-walking. People get in elevators and instantly start pushing the close door button repeatedly.

Quora: What is life like for an average Chinese person in modern China?

Kaiser: It’s not easy to decide who our “average Chinese person” actually is, but let’s take a stab.

Life for this guy, almost irrespective of where he is, has been constant change. Nothing is as it was when he was young ”not in the city where he lives now, not in the countryside where, let’s assume, he came from originally.

…In general, he’s quite optimistic. After all, he’s only really known life to trend better year over year. But there’s a fragility to that optimism, and it’s not clear that it would survive a sudden economic reversal. Maybe his faith in the benevolence of the Party-state would buttress his optimism to some extent; maybe appeals to nationalism would give it a little more life beyond the kind of performance-based assessment that now subconsciously informs his views on the government and its culpability or credit for the way things go. That’s the great unknown. The rubber may very well meet the road soon, though, as economic growth slows and some of the shine comes off of the perception that the state has been very competent at delivering services. How our “average Chinese person” responds then will be very interesting.

Quora: Why do many people feel that Chinese can’t possibly be basically ok with their government or society?

Kaiser:Â A friend of mine named Jeremiah Jenne who taught US college students at a program here in Beijing once said something to the effect of, When Americans create their movie villains, when they populate their nightmares, they create Hitler and the SS again and again: Darth Vader and the Stormtroopers.  The fear of the liberty-loving American, he implied, is of a surfeit of authoritarianism.

What of the Chinese? The Chinese nightmare is of chaos ”of an absence of authority. And such episodes of history are fresh in the minds of many Chinese alive today ”only a handful are old enough to actually remember the Warlord Period but plenty can remember the Cultural Revolution, when Mao bade his Red Guards to go forth and attack all the structures of authority, whether in the classroom, in the hospital, in the factory, or in the home. And so they humiliated, tortured, sometimes imprisoned and sometimes even murdered the teachers, the doctors, the managers, the fathers and mothers.

In the 25 years since Deng inaugurated reforms in 1979, China has not experienced significant countrywide political violence. GDP growth has averaged close to 10 percent per annum. Almost any measure of human development has seen remarkable improvement. There are no food shortages and no significant energy shortages. Nearly 700 million Chinese now use the Internet. Over 500 million have smartphones. China has a high speed rail network that’s the envy of even much of the developed world. China has, by some measures, even surpassed the U.S. as the world’s largest economy.

So try telling a Chinese person that anyone willing to trade a little personal liberty for a little personal safety deserves neither liberty nor safety, and they'll look at you like you're insane. Therein lies the values gap. 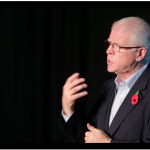 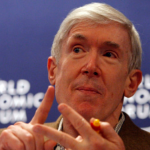