Robert Hormats spent February 2016 in residence at GPS as part of the Center on Global Transformation's Pacific Leadership Fellowship program and delivered the 21st Century China Program's third annual Robert F. Ellsworth Memorial Lecture in 2015. Mr. Hormats is the Vice Chairman of Kissinger Associates and served as Under Secretary of State for Economic, Energy and Environmental Affairs from 2009 to 2013. Prior to this, he was vice chairman of Goldman Sachs for 25 years. His publications include The Price of Liberty: Paying for America's Wars from the Revolution to the War on Terror and Abraham Lincoln and the Global Economy. We were delighted to have the opportunity to interview Mr. Hormats during his time in residence at GPS.

Has the U.S. policy of engagement with China failed?

I don't think it's failed. I think that these two major powers and major economies have to have a dialogue. There's really no rational alternative to a dialogue. I do think it has had successes in some areas that have been quite important. Most recently a lot of cooperation and agreement on environmental issues, for instance. There was also an agreement recently on cyber that was quite positive. Implementing the details will need to be worked out, but a general agreement that cyber activities against companies is not in the interest of either country is good. And other countries are interested in accepting some kinds of principles similar to that.

I think there are areas that still need work. Intellectual property protection, trade secrets protection are important issues that both sides have an interest in coming to a consensus on but have yet to do so. The idea of a bilateral investment treaty I think is still a very good one, the question is can one be negotiated that can pass the political test in both the U.S. and China. More broadly, there have been discussions about how the US and China can cooperate as China's economic role in Asia and the world increases. How can China and the U.S. work together to ensure the global system remains effective and efficient. While ensuring that as China rises as a global power, that it can play a constructive in that system.

Do you think China’s One Road, One Belt strategy and efforts to build new institutions, such as the AIIB, and its support for RCEP, threaten U.S. interests in the long run?

I think the goal needs to be on both sides, to find ways in which China's growth and China's economic networks in the region fit into the broader sets of rules and standards of a well functioning global economy.

I don't think they threaten U.S. interests per say. In a way, we have to recognize the reality that China is the central economic power in the region. What China is doing is developing an infrastructure around China, which will, among other things, improve prospects for the Chinese economy through trade and investment relations with other parts of the region.

So our goal should not be to contest the rising economic role of China because it's going to rise because of what it's doing internally. The dynamism of Chinese growth, even if the growth is somewhat slower now than in the past, it's still going to grow and it's still going to be an attractive market for many countries in the region and it's still going to be a major investment factor throughout the region. I think the goal needs to be on both sides, to find ways in which China's growth and China's economic networks in the region fit into the broader sets of rules and standards of a well functioning global economy.

Many people view the 2000s, the period after China's accession to the WTO, as a golden age for American business in China. Do you think this golden age is coming to an end with the so-called ˜New Normal'?

I think a number of American companies continue to do well in China. But a number of them are concerned about whether the economic governance and regulatory environment is going to be as conducive to growth in the future as it has been in the past. There have been various polls taken of American companies, and some continue to think they are going to do very well in China and some are more concerned about their futures in China. They all conclude that China is a big market and will remain to be a major market for them. The question is whether they will continue to do as well in the future as they have in the past.

From a Chinese point of view, I think its important that they maintain an environment that is conducive to foreign investment from the U.S. and elsewhere. Because China has based at least some of their past growth on foreign invested companies, which create jobs in China and also help China export its products to the rest of the world. So confidence and growth for the Chinese economy, in part depends, on having an investment climate that is not only good for Chinese, but also good for foreign investment, including of course American investment. So I think China will have to look at its look at medium and long term interests, and identify the kinds of concerns that American companies are voicing, and make decisions about if those concerns are materialized then is that is that good for the Chinese economy in the long term or not? China has to look at how foreign investors see it, and do so in the context of if they see China in a more negative way than in the past and that effects their investment, that will have an effect on Chinese growth in the future. I think China will have to take these reactions of American companies to heart, not only from the interests of the companies, which is important, but from the interest of ensuring sustained Chinese growth. 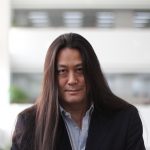 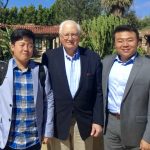