Paul Pickowicz received his PhD in History from University of Wisconsin, Madison in 1973. His advisor was Dr. Maurice Meisner, one of the leading historians on Modern Chinese Intellectual History. Pickowicz was a member of the first American student delegation to China in 1971 when he met Premier Zhou Enlai and a few other leaders of the Cultural Revolution. Having completed his dissertation on early Chinese communist leader Qu Qiubai during the heyday of the Cold War, Pickowicz was not satisfied with the fact that the field of Modern Chinese History had been dominated by scholarship on elite intellectuals for decades. His dream was to go deep into China and talk to the ordinary Chinese people. The job of a historian,  as Paul Pickowicz pointed out in his speech, is to record the memories of the voiceless.  His dream came true in the 1980s when Deng Xiaoping initiated the economic reform. Pickowicz spent a decade in rural northern China interviewing peasants and finished the book Chinese Village, Socialist State (co-authored with Edward Friedman and Mark Selden) in 1991. The book was awarded the Joseph R. Levenson Prize of the Association for Asian Studies in 1993 and became a must-read on rural society in the People's Republic of China. Pickowicz continued his journey to record the memories of the voiceless with a new focus on underground documentary film. He has been working closely with underground film makers over the past decade and made a huge contribution to preserve their works in the United States. He shared a few short video clips about peasants' memories of the Great Famine during his retirement speech. My retirement speech is supposed to be happy, but today I am going to talk about trauma. For ordinary people, living in the 20th Century in China was a traumatizing experience.  Documentary films help to preserve the fresh memories of these traumatizing experiences. Pickowicz's most recent book, which was published in December of 2016, examines the development of independent documentaries in 21st Century China.

Besides Paul Pickowicz's great contribution to the field of Modern Chinese History as a scholar, he is also the designer of the nation's leading graduate student program on Modern Chinese History. Together with Joseph Esherick (Professor Emeritus, Former Hwei-Chih and Julia Hsiu Chair in Chinese Studies), Pickowicz began to build the graduate program on Modern Chinese History at the Department of History in the early 1990s. Over the past two decades, over thirty young historians have received their PhD from the modern China program at UC San Diego. Many of them are currently faculty members at universities in the U.S., Japan, and Hong Kong, including the University of Washington, University of Southern California, University of Rochester, and Hong Kong University of Science and Technology. Pickowicz's students have published more than fifteen monographs on Modern China and Late Imperial China. The topics of these books range from ethnicity and science studies to popular culture and Chinese arts. Paul Pickowicz has generously supported his graduate students to take their research seminars at major libraries with important Chinese sources, including Stanford East Asia Library, the Hoover Institute at Stanford University, and UC Berkeley East Asia Library. In 2015, Paul Pickowicz also helped to build the official partnership between the Modern China program at UC San Diego and East China Normal University (ECNU) in Shanghai, the leading university in China on Modern Chinese History. A joint graduate student conference is held each year and UC San Diego students are given special permission and financial support to use the special collection at ECNU.

Paul Pickowicz is also one of the most popular professors on campus at UC San Diego. He received the UCSD Alumni Association Distinguished Teaching Award in 1998, UCSD Chancellor's Associates Faculty Award for Excellence in Graduate Teaching in 2003, and the UCSD Academic Senate Distinguished Teaching Award in 2009. Pickowicz's undergraduate course on the cultural history of China in the 20th Century is well known for its creative way of teaching and learning. In this class, Pickowicz asks all his students to make films of their own about the old Shanghai. At the end of the quarter, Golden Chopsticks  are awarded to the best film, director, actor, actress, and screenwriter. Paul Pickowicz also brought this class to China when he was a visiting professor at ECNU. Paul Pickowicz is also visiting professor or scholar at various leading universities outside the US, including the University of Oxford, University of Edinburgh, City University of Hong Kong, and Heidelberg University. He taught his last undergraduate class at Heidelberg University in 2016. He has also received a 2016 Humboldt Research Award from the Alexander von Humboldt Foundation in Bonn, Germany.

Paul Pickowicz has spent his entire academic career at UC San Diego since 1973. Before his retirement, he also donated all his personal collection of Chinese archival sources, Cultural Revolution posters, and underground documentary films to the Geisel Library.

His retirement celebration is sponsored by Office of the Chancellor, Department of History, Institute of Arts and Humanities, Chinese Studies Program, 21st Century China Center, and Fudan-UC Center on Contemporary China.

is a PhD student in the Department of History, UC San Diego, where his advisors are Paul Pickowicz and Karl Gerth. His research is mainly about Chinese popular religion, Christianity in China, and sociology of religion. He comes from Luoyang, Henan Province. 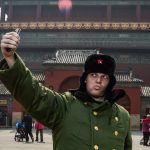 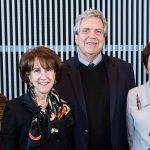