As part of our Three questions with ¦  series, China Focus Blog Editor, Peter Larson, sat down with Jessica Chen Weiss, Associate Professor at Cornell University and author of Powerful Patriots: Nationalist Protest in China's Foreign Relations, to discuss her book, the South China Sea and more. Professor Weiss received her Ph.D from the University of California, San Diego and founded FACES, the Forum for American/Chinese Exchange at Stanford.

Peter Larson: Welcome back to San Diego. Can you explain the main argument from your book, Powerful Patriots? Why does the Chinese government allow some protests to take place but not others?

Peter Larson: You also talk about manufactured protests. How does the government decide to manufacture a protest and why would they do that?

Jessica Weiss: It's really interesting, actually. In the book I note that manufactured protests actually aren't very credible because the more the government seems to be encouraging the protests and conjuring them out of thin air, the less believable they are when they say to foreign governments that their hands are tied in negotiations. I like the word management rather than manipulation. Rather than see these protests as manufactured, they're more tolerated or selectively allowed. Because it's actually the risk that these protests have of getting out of hand and the difficulty of winding them down that makes them effective at signaling China's intentions.

Peter Larson: With the disputed island issue with Japan, there was a very sincere, strong protest that erupted in 2012. Do you feel the same level of grassroots emotion exists on the sovereignty issue in the South China Sea, and how would you expect the government to handle a conflict there between the United States and China?

I do think that the Chinese government has more room to maneuver in the South China Sea. Emotions aren't quite as high as they are in the East China Sea vis-Ã -vis Japan.

Jessica Weiss: I think there's a really important distinction to be drawn between the East China Sea, given China's history with Japan, and China's behavior in the South China Sea where you don't have the same kind of long-standing, historically rooted grievances associated with the century of national humiliation, particularly the invasion and occupation of China by the Japanese military. But what you do have in the South China Sea is the United States. I think that if there were to be some sort of altercation or incident with the United States, there could well rise to the surface again sentiments directed at the United States. When we've seen various occasions in which you could have had protests in China over a dispute with Vietnam or a dispute with the Philippines, the Chinese government hasn't allowed those to take place and there isn't the same kind of groundswell of mobilization. So that may provide some cause for optimism. I do think that the Chinese government has more room to maneuver in the South China Sea. Emotions aren't quite as high as they are in the East China Sea vis-Ã -vis Japan. But that, too, could be changing as the Chinese government has given a lot of publicity to its efforts to demonstrate and protect its sovereignty claims in the South China Sea.

Peter Larson: You wrote that one reason the Chinese government didn't allow protests after the EP-3 incident in 2001 was because they wanted to maintain good relations with the United States at the start of a new administration. Do you think that after the 2016 presidential elections in the United States and Taiwan, that will give the Chinese government some breathing room to tone-down the anti-American sentiment in the media?

Jessica Weiss: We'll have to see. In large part it will depend on who it is the US and Taiwanese voters elect, what is said on the campaign trail and how China perceives the relationship with both of those going forward. It's risky to draw direct parallels from over a decade ago, but nonetheless it's possible that the acceleration of China's land reclamation activities is in part trying to utilize this closing window before things get too heated in 2016. Now that's just a conjecture, but there could be some sort of political timing associated with this. In my other work, I found that China hasn't been particularly obstreperous at the outset of new democratic administrations, so that would be consistent with your hypothesis.

Peter Larson: The FACES program you started as an undergraduate at Stanford is now coming up on 15 years. What have you learned through that project and what do you hope for its future?

Jessica Weiss: The reason I started FACES was in large part what has also motivated me in my academic research, which is to understand the sources and obstacles to better relations between the United States and China. I am focusing on particularly the role of communication, whether that be between students or between leaders and different members of the public. FACES was really premised on the notion that if you built better relations at the grassroots level you could, over time, nurture a future generation of leaders in whatever part of society, whether it's the government or in business, that would help nurture the relationship or at least diffuse misunderstandings. The students who have continued to lead FACES have done an amazing job. It's really with pride that I look back, having hatched the idea, to see it really take off since then with no help from me. That's really a real credit to the students who have also believed in the mission and enjoy those interactions

Peter Larson: Bonus question: What do you miss the most about San Diego?

Jessica Weiss: I would have to put the weather and the natural environment at the very top of that list. There is certainly more snow in the cities that I have been living in recently than there is here. I don't think I took nearly enough advantage of the proximity to the ocean and the year-round good weather when I was here, toiling away as a student.

Jessica Weiss: Thanks, it was a pleasure to speak with you. 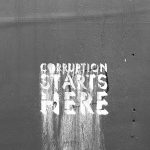 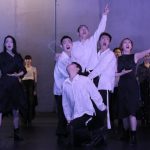 The Theatre and US-China Relations: An Interview with Claire ConceisonInterview, Society & Culture