Now that we are back at school after the holiday break, we are focusing our attention (along with our studies, of course) on the exciting China-related activities happening this quarter. The pundits have made their annual predictions about China’s economy, security and policy agendas, and we have many local events at the 21st Century China Program and the Fudan-UC Center that will speak to these important themes. Here’s a preview:

Jorge Guajardo, former Mexican Ambassador to China, will give a public keynote address on January 16 for the two-day international conference “Growth, Trade, Investment and the Future of Manufacturing in China, Mexico and the U.S.” His talk, “Is China the Next Mexico?“, will be moderated by 21st Century China Program Chair Susan Shirk.

On January 22, Chen Zhimin, Dean of the School of International Relations and Public Administration at Fudan University, will guest lecture in Miles Kahler’s International Relations of the Asia Pacific course. Public attendance is limited, so register here. Also, as a student in Prof. Kahler’s class, let me know if you want me to save you a spot next to me.

IR/PS Professors Susan Shirk and Barry Naughton have returned from sabbatical quarters and will join the newly appointed Dr. Victor Shih, along with Wu Jinglian, famed economist and Senior Researcher for the China State Council Development Research Center, for “Navigating the Next Round ofÂ Reform in China.” Look for China Focus analysis on several Third Plenum reform agenda items leading up to this January 23 event.

While Professor Wu Jinglian is here, Professor Barry Naughton will sit down with him on January 25 to discuss his hot-off-the-press book, “Wu Jinglian: Voice of Reform in China”, and the future of Chinese reform. Wu Jinglian is heralded as one of China’s most influential economists. He played a critical role in the economic reforms under Deng Xiaoping, and has since advocated for continued market system reforms, as well as the establishment of a more democratic society guided by rule of law.

On Tuesday, February 4, Charles Zhang, the 21st Century China Program’s founding supporter and CEO and Chairman of Sohu.com, will be giving a talk on competition in China’s Internet wars. This will be part of Mr. Zhang’s EmPac Pacific Fellows Program at UCSD.  Look out for the registration for his talk soon.

With worldwide attention focused on China’s environmental policies due to unbearably high pollutant emissions, the government has begun to examine mechanisms to meet reduction targets, increase clean energy technology, and save face regarding its environmental reputation. On February 10, just over a year after “airpocalypse“, Rachel E. Stern from UC-Berkeley will discuss how environmental litigation works in China during her “Suing Polluters in China” lecture.

On February 13, Orville Schell, Director of the Center on U.S.-China Relations at Asia Society and a prominent China scholar, will speak on where U.S.-China relations stand (both economically and politically) as the Xi Jinping leadership enters its second year. Make sure to pick up a copy and read his recently released book (co-written with John Delury), “Wealth and Power: China’s Long March to the 21st Century” before the February 13 event.

To end the quarter, Haifeng Huang, Assistant Professor of Political Science at UC Merced, will discuss the Chinese government’s balance between reform and conservative ideological and rhetorical activities during his March 12 talk, titled “Political Effects of Rumors and Rumor Rebuttals in China.”

Along with the aforementioned public lectures, IR/PS will be hosting three China-related conferences or workshops in the coming quarter. The quarter will start off with a conference on January 16-17, 2004 on “Growth, trade, investment and the future of manufacturing in China, Mexico and US”, co-organized by the 21st Century China Program, the Center for US-Mexican Studies (USMex), and the Fudan-UC Center.

On Friday, February 28, the first China-US forum on Global Economic Transformations will take place on UCSD’s campus. This year’s theme will be on “Changes in Global Manufacturing: China, U.S. and Emerging Economies in the World.” The event will bring together scholars from China and the University of California to discuss global economic transformations, with a focus on the implications of international manufacturing.

On March 7, scholars from Waseda University, Meiji University, Fudan University, USC, the University of California, and Chinese and Japanese research institutes will hold a one-day event on “China-Japan Relations: From the Maritime Dispute to Textbook Controversy.” Both China and Japan continue to test the waters through provocative behavior and policies, which increases the chances of an accidental skirmish and the necessity to find a peaceful solution to the Senkaku-Diaoyu island territory dispute.

As always, you can browse the 21st Century China Program website (china.ucsd.edu) for more up-to-date information and to register for our events. We hope to see you all this coming quarter! 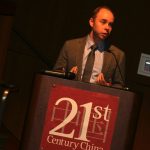 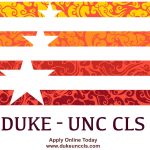