Chairman Xi’s armored force is aging. Plans to “modernize” the People’s Liberation Army (PLA) by 2035 would include upgraded tanks. Is this an urgent issue? By looking at the threat environment, I conclude that the PLA does not need to modernize their tanks anytime soon.

The People’s Liberation Army Ground Force (PLAGF) has an impressive collection of tanks. It is the second-largest tank force in the world, with around 6,700 tanks. The 850 Type 99s are China’s prized armored vehicle and can compete with the American and Russian tanks; however, in a conflict, it is more than likely that these tanks would be held tightly in the reserves. Tank commanders have historically used this conservative strategy. The Type 96 is the cornerstone of the PLAGF. An upgrade of a tank design from the 1980’s “active defense” era, these tanks would conduct a majority of the fighting. The bulk of the force are copies of the ancient T-54, the Type 59s. 600 of these tanks have significant upgrades with reactive armor and stabilized sights but the 1950’s design would be ineffective against a near peer adversary.

Only around 60% of the tanks are considered modern. “Modern” means being able to compete in direct combat with another third-generation MBTs. Matched up with a leading model like an American M1A2 Abrams or a Russian T-90M, the Chinese Type 99 would face an uphill battle. However, tank-to-tank combat with a near-peer adversary may be an unlikely scenario for the PLA so strenuous preparation for this event may be misguided.

What are Xi’s threats? First and foremost, internal. The Type 59s accomplished the mission at Tiananmen Square. With no anti-tank capabilities, the civilians quickly dispersed. Keeping these Type 59’s stationed near Beijing is a wise move by the CCP and is something that will maintain harmony for years to come. There are talks of equipping the Type 59’s with autonomous equipment, allowing remote control. Even if there was another protest as large as Tiananmen Square, it is almost impossible that protesters would be able to overcome this large force of Type 59s with simple anti-tank arms such as Molotov cocktails. Nearly 100 tanks were documented in the Tiananmen Square crackdown, likely with more in reserve.

China’s current tanks will more than do the job for internal security, but the PLA faces more threatening challenges in external threats. When considering possible conflicts, tanks face difficulty with the terrain and logistical support. Korea and southern China are not areas where a large number of tanks can operation due to the difficult terrain. The Russia-China border is possible as seen in the past but relations have improved. An Indian border conflict is another possible scenario but the PLA has already designed special vehicles with heavy weaponry to operate in high elevation. The last possible scenario in the Indo-Pacific is an invasion of Taiwan. The PLA is developing effective capabilities but would have difficulty operating tanks on the island. Most rural bridges on the island cannot support 60-ton third-generation main battle tanks. Therefore, China’s large reserve of Type 63s (around 2,000) proves adequate against Taiwan’s T60 tank.

Another potential theater is sub-Saharan Africa. The continent is historically famous for airborne troops, seen in South Africa and Rhodesia, but armor could prove highly effective in countering these light troops. The US and French on the African continent have stuck with wheeled-vehicles and airstrikes. This combination is agile but expensive. Tracked vehicles combined with small air intelligence, surveillance, and reconnaissance (ISR) elements could allow the PLA to hold an area of operations (AO) with a much smaller budget. Joint operations would be key for success but the PLA has been exercising this since the 1990’s with the strategy of local wars with high technology conditions.

With the current threat environment, Xi does not have any urgent need to update his tanks . His force is prepared for internal security. His external security threats are covered. Friendly Russian relations make conflict unlikely. A Korean and Vietnamese conflict would not involve tanks. Conflict in the south also proves difficult but specialty vehicles are ready to be deployed. Taiwan and Africa present new challenges but the PLA Ground Force tanks can currently meet. Therefore, warfighters would be better prepared with resources devoted elsewhere.

Philip is a Master of International Affairs student at UC San Diego’s School of Global Policy and Strategy studying international security with an emphasis on China. He spent 4 years in the U.S. Army Signal Corps as a Sergeant at Ft Lewis, Washington, finishing his BA in History remotely in 2017 from Thomas Edison State University. His research includes US-China security issues and cybersecurity. 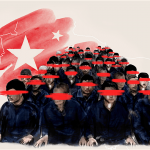 The China Dream and the Pursuit of Chineseness – Xinjiang “Re-Education” Camps and Cultural ErasureEvent Coverage, Politics 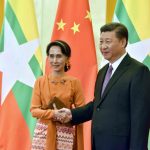