A timeless way to peer into the shuttered world of Communist elite politics is to look at leadership line-ups during major parades to see who is up and down. Using this lens to examine the grand military parade on August 1st 2017 celebrating the 90th anniversary of the founding of the People’s Liberation Army (PLA) offers a revealing glimpse of the power dynamics at the top.

Presiding over the parade was a combat-clad Xi Jinping. Gathered behind him was the military top brass. There wasn’t a civilian leader in sight. The spectacle was an unmistakable sign of the pre-eminent clout that Xi Jinping has amassed in his five years as commander-in-chief. To add weight to his status, the parading soldiers saluted him as their “chairman”, a change from the past when he was addressed simply as “commander”.

The military show of force occurred as leadership deliberations for the 19th Party Congress were reaching a climax. Xi’s tenure as chairman of the Central Military Commission (CMC) will be extended for at least another 5 years at the Party meeting, but will there be any steps taken to groom his successor to this position, a pre-requisite for any aspiring paramount leader? If past practice is a guide, the answer is no as Xi was not formally given a CMC position until two years into the second term of his predecessor Hu Jintao.

While the Party congress will offer few clues as to who might eventually replace Xi at the top of the military hierarchy, it will show how he is able to impose his authority and vision on the powerful and insular military and national security establishments. No other Chinese Communist Party leader, not even Mao Zedong, controlled the military to the same extent as Xi does today. Mao had to share power with powerful revolutionary-era generals.

Over the past five years, Xi has carried out sweeping changes that have eluded his predecessors. They range from a far-reaching reorganization of the PLA high command to the largest ever anti-corruption crackdown within the military that has claimed more than 100 generals, including some of the most senior officers. Many of these initiatives, especially the organizational changes, are still being implemented and will take several more years to complete, but Xi declared at the parade that a new military institution is beginning to take shape: ” The people’s army now has a new system, a new structure, a new pattern and a new look. ”

The transformation of the PLA has several features that have significant long-term political and strategic implications for Chinese military and domestic politics and the global security order:

The expansion of the national security state looks set to continue in Xi’s second term against a backdrop of slowing economic growth, deepening structural societal problems, and a complicated geo-strategic environment. The question that will dominate the next five years is will Xi be willing to relinquish all of this power and authority by the time of the 20th Party Congress in 2022 as his predecessors did?

Beijing’s Game of Thrones: Signaling Loyalty Before the Party Congress

is an Associate Professor of Political Science at the School of Global Policy and Strategy (GPS) at UC San DiegoÂ and Director of theÂ UC Institute on Global Conflict and Cooperation (IGCC). He is a longtime analyst of and leading expert on Chinese and East Asian defense and national security affairs, especially related to economic, industrial, technology and innovation issues.Â His bookÂ "Fortifying China: The Struggle to Build a Modern Defense Economy"Â was published in 2009, followed by Forging China's Military Might: A New Framework for Assessing Innovation,  which he edited. He was previously a correspondent at the Far Eastern Economic Review. As director of IGCC, Cheung leads the institute's Study of Technology and Innovation, examining the evolving relationship between technology and national security in China. He also manages the institute's Northeast Asia Cooperation Dialogue, bringing together senior foreign ministry, defense officials and academics from around the globe. 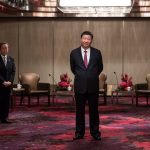