On my first Christmas in China, I was baffled by why everyone got me the same gift. On Christmas eve, I was slightly awkwardly confronted by student after student; each would thrust an apple adorned with some decoration into my hands, quickly wish me merry Christmas, and stride off to catch up with their friends. By the end of the night I had amassed a pile of some twenty apples in boxes or wrapped in cellophane, all wishing me merry Christmas in an assortment of fonts and languages. My co-worker Matt’s pile was even larger, and each of the foreign teachers had received enough apples to keep the doctor away for weeks. Apples, it turns out, are an important part of the “Christmas Festival” in China.

Like most aspects of life here, the holiday season has both surprising similarities and differences from what you would experience in the US. November sports a huge discount-oriented retail day. Though not connected with buying Christmas gifts like Black Friday in the US, this holiday occurs on “single’s day”, or 11/11 and this year marked the biggest day in retail history in the world. Few people actively celebrate thanksgiving, but fancy restaurants and high-end hotels offer turkey buffets for the well to do. Children in Kindergartens learn the song “ten little Indians” and perhaps make hand-turkey drawings. Christmas decorations adorn windows in shops and malls, and familiar Christmas tunes provide Christmassy ambiance for coffee shops and retail stores (though the lyrics might be in Chinese or English). Plastic Christmas trees and Santa hats all come out for “America’s biggest festival”. With the plethora of meanings and customs associated with Christmas in the US, it is no wonder some familiar aspects of Christmas have made their way here. In particular, the tropes of wealth and plenty still so frequently associated with the West likely help shops induce customers to drop a few extra yuan each holiday season. 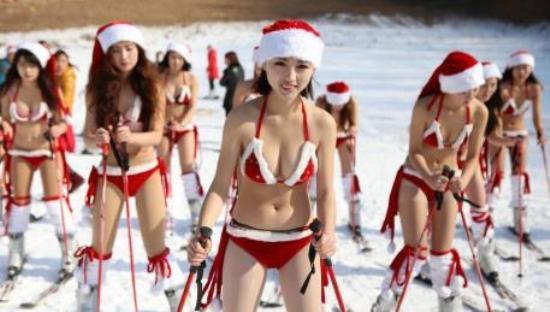 Picture at an event to promote the Dahongzhai ski resort in Henan province.

However, not everything related to Christmas has a familiar feel here. In China there is tension between the religious and cultural aspects of Christmas: some attend underground church services to avoid propaganda-filled “official” services, the government often limits Christmas activities, while others are surprised to find out that Christmas isn’t celebrated by all Americans – including non-Christians. A message from a co-worker perhaps emphasizes this point: “Today is your Christmast festival, Merry Christmas to you,” (sic) she says. In addition to the festively dressed models on the cover photo from Henan province, Christmas oddities make their way into media outlets with more frequency every year.

In Hunan a group of students protesting a Christmas event drew media attention, with their pictures attracting millions of shares on Chinese social media:

A Weibo #FakeChristmasBeardContest drew entries ranging from fluffy Santa beards to emojii mustaches and photoshopped reindeer horns. Finally, this year a competitive eater downed 160 eggs for Christmas because “it seemed like an appropriate time to eat eggs.” The Chinese word for Christmas (ShengDanJie – 圣诞节‚) contains a homophone for egg (dan – 蛋). 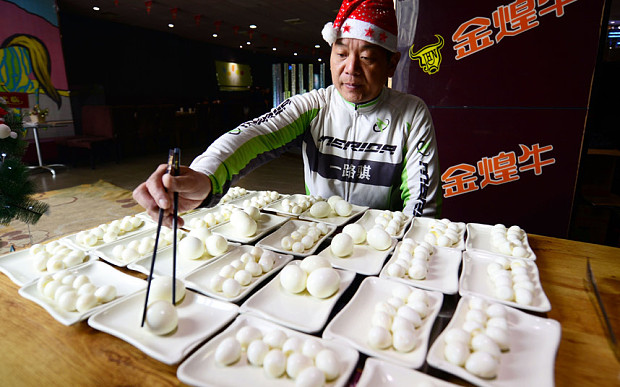 An of course eating eggs is not the only homophone-inspired activity around Christmas. The real reason for my pile of apples was that Christmas Eve is translated as peaceful/silent night (Ping An Ye – 平安夜) which has a word in common with apple (ping guo – 苹果). I could find no explanation for why Christmas Eve is called Ping An Ye, but it seems likely that it stems from the song “Silent Night” which is easily translatable into nearly any language, and known everywhere (I have yet to encounter someone who isn’t familiar with the song). Silent night translates into Chinese as Ping An Ye. Giving apples on Christmas Eve stems from this play on words, and is representative of wishing someone a peaceful year.

By the time I spent my second year in China and with this knowledge in mind, I managed to re-gift the majority of peace-apples that I received on Christmas Eve. Here’s to wishing you a happy holiday season, and a peaceful 2015. 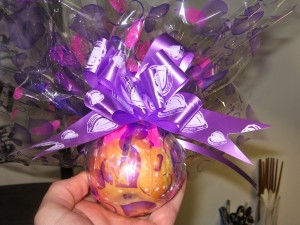 Gao, Helen. 2011. “What China Loves About Christmas, and Doesn’t.” The Atlantic. December 25. http://www.theatlantic.com/international/archive/2011/12/what-china-loves-about-christmas-and-doesnt/250488/?single_page=true.

“Why Did I Get an Apple for Christmas?: A Chinese Tradition | The World of Chinese.” 2015. Accessed January 1. http://www.theworldofchinese.com/2010/12/why-did-i-get-an-apple-for-christmas/. 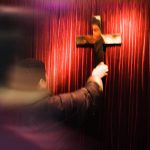 Heaven in the Heart: The Increasing Influence of Christianity among China’s Younger GenerationSociety & Culture 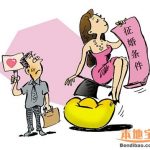 Getting Leftover Women a Seat at the Table: An Interview with Leta Hong FincherSociety & Culture