In the following article, CF will point to three start-up companies that have immense opportunities in the Chinese market. CF strongly believes that they should take advantage of the opportunity to enter before it’s too late, especially considering the possibility of Chinese competitors emerging. Plus, if they do enter China, it could mean job opportunities for you!

Pinterest started three years ago in 2010 and was an instant hit. It is a visual discovery tool where people can create collections of photos to visualize inspirations, projects, cookbooks and many other items. For a company that only generates 9 million dollars of revenue, it is disproportionally valued at 2.5 billion. Why, you ask? Simply put, people loved it! People love it so much, in fact, that they are spending more time on it than Twitter, Linkedin and Google+ combined. That is a big deal when you consider how lucrative it is to monetize that traffic with advertisements.

Pinterest’s slowness to enter the Chinese market has had damaging consequences so far. Many copies of Pinterest now exist in China’s cyberspace, including Pinfun, Huaban, and Duitang, to name just a few. Huaban, for example, is fully integrated with Sina Weibo and Tencent QQ. More interesting is Guang (meaning window shopping) started as part of Taobao. It is essentially a monetized version of Pinterest, where every “inspiration” you see, you can actually buy. It should be very clear that for Pinterest to compete with China’s diverse homegrown competition effectively, translation alone will not be enough. A lesson from eBay and many other internet ventures’ failures in China is that to win, companies must cater to Chinese consumers’ taste. Pinterest may choose to avoid integration with local social tools in order to maintain a unified platform globally, but this can prove deadly as well. Pinterest is a great tool for visualization of brilliant ideas and it has enormous potential around the world. China is a huge market that Pinterest should take advantage of as soon as possible, before another immense giant emerges that is bigger than Pinterest itself. Pinterest.com is currently inaccessible within China, and so it should spend much of its efforts in creating a subsidiary inside China to tap into the immense market.

Square came to public attention in 2010 when it released its first product Square Reader, which is a small magnetic card reader that utilize the audio jack on most mobile devices. This in turn allows small vendors to collect credit card payment on their phones and tablets. It has since been used by many small businesses, as it is both cheaper and smarter than a full POS system. Many hipster coffee shops and food trucks throughout California can be seen using Square to collect payments from their customers. It can also be easily utilized by school fundraisers and for many other unconventional purposes.

Square has an incredibly simple and compelling product that offers convenience to countless small businesses and consumers. A country like China that has over one billion mobile subscriptions, with an overwhelming 73% of these being smart phones that are likely to be compatible with Square, offers a market that Square should not ignore. Square already has many knockoffs in existence inside China, but competition alone should not justify the lack of attempt to enter the Chinese market. Again, some knockoffs actually have unique features on top of a credit card reader, such as a contact-less payment system based on RFID technology. For Square, the time is now before it is too late.

Kiip is a mobile advertising platform that enables brands and companies to give consumers commercial offers after their virtual achievements. For an example, after I beat a level in a game that is affiliated with Kiip, Disney can offer a 10% discount on my next visit to Disneyland. It is a mutually beneficial platform for all three parties involved, as it motivates gamers to spend more time on the games and gives them a good deal, earns money for game developers, and drives the redemption rate for advertisers. Unlike traditional ads you see on YouTube that tend to be rather intrusive, Kiip turns the tables and reinvents the way companies can advertise for themselves. No longer do you see advertisements by companies as annoying, but rather as rewards you can earn through virtual achievements. Who is behind this game changing idea? The answer may surprise you; it came from a then-18 year old named Brian Wong who graduated college after skipping four grades.

China has over one billion cellphone users and countless businesses and developers that can benefit from Kiip’s platform. Kiip, on the other hand, does not have a direct competitor in China yet. It should take the initiative and dominate the market before a copy becomes so powerful that Kiip itself cannot compete. That said, assembling a huge sales and business development force while also allowing an engineering team inside China to customize Kiip based on the Chinese market will be crucial to the success of its venture. 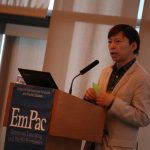 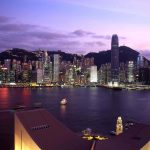