The main reason for increasing conflict over maritime claims in East Asia is that the Chinese government is trying to use costly signals to further its national interests and to maintain its domestic support.

Chinese national interests in the South China Sea and East China Sea include gaining more economic resources, such as oil, gas, mineral deposits and fish, and expanding its security buffer zones and ballistic missile submarine bastionsÂ in order to protect its territory and maritime trade routes (O’Rourke 2012, p.15-16; U.S.-China Economic and Security Review Commission 2013, p.272-273). To fulfill these goals, China used to prefer a nonconfrontational strategy, such as joint-development projects and ˜good neighbor' policies, because it did not have enough economic and military clout and it needed time to develop them.

There are many reasons why China is starting to change the status quo. First, China has now developed stronger military capabilities, such as an aircraft carrier and ballistic missile submarines. Also, China now has considerable economic leverage and can influence other countries' behaviors. These capabilities increase China's incentive to send costly signals. If pressuring other related claimants to make concessions by sending costly signals succeeds, China can get a better payoff than by cooperating with them. Moreover, as Chinese economic growth slows, the Chinese government more incentives to look for more sources of energies in South China Sea and East China Sea to sustain the economic growth, which crucial for its domestic legitimacy as an authoritarian regime.

Another reason for the increase of disputes in East Asia is that China's aggressive approach precipitated other countries' aggressive responses. One reason for them to adopt aggressive strategies is their national interests in securing economic resources and national security in these areas. They believed that if they did not respond credibly to these signals from China, they might lose the chance to bargain for these interests in the future. Secondly, since some of these countries, such as Japan and Philippines, are the United States' military allies, their belief that the U.S. would offer them military support made them more willing to take the risk of confrontational strategies. Finally, the politicians in these countries also have domestic incentives to take a strong stance, because they need nationalists' support to maintain power. For example, Japanese Liberal Democratic Party, which calls for strong nationalism on the island dispute, won the elections in 2012.

Although the disputes have different contexts in different issues, the fundamental problem is how to make these claimants willing to renegotiate and collaborate. Here are some possible solutions:

First, it is necessary to change China's aggressive behaviors by changing its payoff. If China knows it cannot gain more benefits through belligerent behavior than it can by being moderate, China may change its bellicose strategies. Hence, strengthening other related claimants' economic and military capability to retaliate is important to reduce China's incentive to use force. Meanwhile, it is also necessary for claimants to adopt tit-for-tat strategies. They could send signals to China that if China becomes moderate, cooperation is welcomed.

Secondly, using creative frameworks to avoid zero-sum games can increase the related claimants' incentives to compromise. For example, first name? Dutton suggested that regional sovereignty  could be a new approach to solve territorial disputes, and the Northwest Atlantic Fisheries Organization (NAFO) could be a model for claimants to manage the natural resources on South China Sea (2011, p.60-62). Institutional design can alter claimants' incentives to compromise, because they can have opportunities and rights to enjoy the benefits without having costly military conflicts with China.

Finally, solving the commitment problem is crucial. Since China is bigger than any other countries, it prefers using bilateral talks to preserve more bargaining power (O’Rourke 2012, p.9). However, other countries do not have incentives to engage in bilateral negotiation because they face a commitment problem. They might worry that China would renege on the terms of agreement twhen it becomes more powerful, and their rights cannot be protected in the bilateral relationship. Hence, if China still tries to promote bilateral talks, allowing a third-party guarantee, such as the United States, the UN Security Council or international organizations, can increase other countries' incentives to compromise because their rights are protected. Another way to solve the commitment problem is using multilateral frameworks, such as International Court of Justice, the International Tribunal for the Law of the Sea, or the Association of Southeast Asian Nations (ASEAN). Because smaller countries have more chances to form a coalition with other contendingÂ parties in multilateral frameworks, they could have more capabilities to influence China's behaviors if China did not keep its commitments.

To conclude, the main reason of increasing conflict over maritime claims in East Asia is that China and related claimants all chose to adopt an uncompromising strategy in order to protect their national interest and to maintain their domestic support. To solve the disputes, I suggest creating incentives for China to compromise, designing creative frameworks to avoid zero-sum games, and solving the commitment problem as crucial conditions. 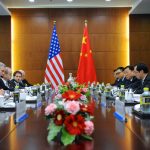 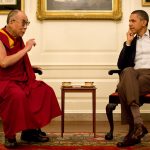