The Party and Religion: Toward Sinicization?

In the past 30 years, there has been a remarkable resurgence of religious belief, belonging, and practice in China. This includes all forms of religion: Daoism, Han Buddhism and Tibetan Buddhism, Protestant and Catholic Christianity, folk religions, and a variety of new religions, falungong being the most notorious example.  This is part of a widespread diversification of meaning and morality in Chinese culture.  The journalist Ian Johnson captures this nicely in the title of his book, The Souls of Modern China.

Unforeseen by Communist Party ideologues, this diversification (along with the diversification of other forms of civil society) has seemed threatening to their rule.  From the 1980s onward, regulations have been issued to manage religion, but they have not been effective in stopping its spread.  Apart from religious forms that have been approved and controlled by the government, there is a rich under soil of underground churches, unregistered temples and informal associations.

In Xi Jinping’s 3-hour speech to the 19th Party Congress, he stressed the need to uphold the principle that religions in China must be Chinese in orientation, and provide active guidance to religions so that they can adapt themselves to socialist society. Soon afterwards, the State Administration for Religious Affairs published a summary Xi’s remarks on religion. The remarks should have come as no surprise.

The State Council issued revised regulations in 2005, and in September of this year issued a revision of the revision new regulations scheduled to take effect on February 1, 2018 but are already being implemented.  The new regulations were formulated after the Communist Party National Conference on Religious Work in April 2017, at which Xi Jinping gave the keynote speech.  As in his speech to the National Party Congress, the key themes in Xi’s 2017 speech were, first, the need to carry on a Sinicization of all religions and, second, the need to carry out management of religions according to the rule of law and to make the management more effective. This amounts to a call to homogenize Chinese culture to make all parts conform to a Party-led nationalism and to use the full force of the state to control any dissenting voices.

The imperative of Sinicization was actually announced by Xi in May of 2015, although the build up to it had begun earlier.  The idea is that all parts of Chinese culture should match the needs of China’s development and the great traditional culture and pro-actively fit into the Chinese characteristics of a socialist society.  Not just religion but all carriers of culture should be Sinicized including academia and the professions.  Longstanding forms of popular Chinese culture should be Sinicized if they do not conform to what the Party defines as orthodox traditional culture.  Economic and political theories coming from the West should be Sinicized if they do not conform to the Party’s particular version of socialism (indebted in its own way to parts of Western neo-liberal economic theories).  Basically, Sinicization amounts to conforming to whatever version of ideology is being promulgated by the Party at any given time, without expressing any doubts about its realism or consistency.

This is to be backed up by management according to the rule of law and more effective management.  The new regulations on religion are an example of this.  According to the Xinhua News Agency the regulations are supposed to bring about two safeguards, two clarifications, and two norms.  The safeguards are of religious freedom and national security.  But national security clearly comes first and it is defined in a very broad way. The clarifications are of legal liability for religious venues and property rights and methods for curbing tendencies of religious commercialization.  This is implemented through much harsher fines for organizers of unapproved religious activities 300,000 RMB and for providers of venues for such activities 20,000 to 200, 000 RMB.  Under the old regulations, much religious activity took place in unofficial rented spaces or repurposed buildings, often made possible by lax enforcement by grassroots officials.  The new rules aim to crack down on this and they specify that officials at all levels are compelled to implement them. The new norms are about fiscal management and regulation of religious information services.  There are detailed proscriptions of receiving any funding from abroad and rules for regulation of the internet.  Recently a Hui Chinese was sentenced to two years in prison for organizing a discussion group on Muslim worship on WeChat.  All forms of unauthorized travel abroad for religious education or pilgrimage (like the Haj) are forbidden.  Christians are worried that the new regulations with smother all forms of house churches or underground churches (which account for the majority of Protestants and Catholics). Tibetans are worried that they will stifle most expressions of Tibetan identity.

As Xi Jinping continues to consolidate his power after the 19th Party Congress, we can expect a resolute implementing of these regulations and the vision of Sinicization that they represent.  It is the vision of a powerful centralized state tightly controlling a homogeneous culture.  It remains to be seen whether the centralized power can really reach the grassroots.  Mao Zedong once complained that whereas the Party of Lenin had iron discipline, our Party has tofu discipline.  Despite Xi’s anticorruption campaign, Mao’s diagnosis continues to ring true.  And the immense variety and grassroots creativity of the Chinese people will probably thwart any effort at a homogenized Sinicization.  But the effort to carry it out will produce its share of tragic conflicts.

Xi Jinping will Break the Previous Pattern of Political Selection

is the Director of the Fudan-UC Center on Contemporary China and a distinguished Professor Emeritus of SociologyÂ  at the University of California, San Diego. He has been called one of the modern-day founders of the study of Chinese religion  by noted journalist and Pulitzer Prize-winner Ian Johnson and is the author or co-author of 12 books, including the landmark village studies Chen Village under Mao and Deng  and its sequel Chen Village: Revolution to Globalization.  Professor Madsen is currently working on a book about happiness in China, which he describes as an exploration on searching for a good life in China in an age of anxiety. Where do they see their lives going? Where do they see China going? It's aimed at tapping into people's sense of meaning.  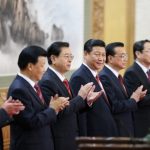 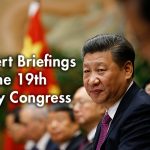