The 19th National Congress of the Chinese Communist Party (CCP) to be held this fall will be one of the most consequential events in China’s political history.   It will tell us whether China under Xi Jinping is going to continue to modernize its governance in line with its market economy and middle class society, or make a U-turn back to the personalistic rule of Mao Zedong.

As an old China hand who started doing research during the bad old days of the Mao era, I am surprised and discouraged to observe how after decades of gradual institutional reform the system appears to be reverting to dictatorial rule.  Xi Jinping looks like he may be trying to establish himself as a Mao-like dictator by scrapping the institutional norms and precedents that the party has built around its collective leadership since 1979.

Deng Xiaoping, the visionary leader who succeeded Mao in 1979, strengthened Communist Party institutions to avoid what he called the “over-concentration of authority” under Mao. He blamed the Cultural Revolution and other tragic mistakes like the Great Leap Forward not on Mao the man, but on the unquestioned authority of one-man rule. He believed that deliberation by the collective leadership in the Politburo (approximately 20 members) and Politburo Standing Committee (7-9 members) would produce wiser policies. To make the competition for power more regular and predictable and to open opportunities for younger officials, regular five-year terms, retirement at age 70 (later revised to 68), and term limits of two terms became the norm.  Although the retirement age and term limits were never formalized in writing, today they govern by precedent.

In a country without free elections, one of the greatest achievements of the post-Mao CCP was achieving peaceful leadership succession. When Jiang Zemin voluntarily retired in 2002, it was the first time that a leader of a major communist nation had left office without dying or being deposed in a coup. Hu Jintao, after serving ten years, also retired voluntarily in 2012.

The 19th Party Congress is Xi Jinping’s midterm, assuming that he will serve two five-year terms as his predecessors did.  If the 19th CCP Congress operates according to the Jiang and Hu precedents, this is the time when one or two younger generation heirs-apparent under the age of 55 should be promoted to the Politburo Standing Committee to prepare for a smooth succession in 2022.  Watch for this crucial indicator of whether Xi is following past practice or flouting it to stay in power beyond 2022.

Until recently, I had expected that Xi would opt for a more-or-less normal Party congress in order to avoid a potential backlash from other Party leaders.   Why put a target on your back by making a play for Mao-like dictatorial power now instead of at least appearing to groom a successor for 2022?

But two recent developments have caused me to suspect that Xi may ignore past precedent and go for broke to establish himself as China’s preeminent leader for years to come.  He might even try to assume Mao’s title as Party Chairman, a role that was abolished after Mao’s death because it signified “over-concentration of authority”.

“…Xi may ignore past precedent and go for broke to establish himself as China’s preeminent leader for years to come.  He might even try to assume Mao’s title as Party Chairman, a role that was abolished after Mao’s death because it signified ‘over-concentration of authority’.”

First, the Chinese political world was shocked in July 2017 by the sudden purge of Sun Zhengcai, Chongqing Party Secretary and one of the two younger leaders (the other is Guangdong Party Secretary Hu Chunhua) promoted to the Politburo as potential successors in 2012. It is still possible that the 19th CCP Congress could identify one or two other young leaders and elevate them to the Politburo Standing Committee.  Neither Xi Jinping and Premier Li Keqiang had been Politburo members when they were anointed as successors and promoted to the Standing Committee in 2007.   But the purge of Sun, one of the younger generation leaders viewed as most promising shattered expectations.   The move was widely interpreted as Xi’s shot across the bow to intimidate potential elite resistance.

Second, authoritative articles in Chinese state media are hinting that Xi Jinping’s ideas have crystalized into a coherent ideology that merit the designation of “Xi Jinping Thought”. Mao Zedong was the only past Chinese leader whose speeches and essays were honored with this designation.   After leaving office, Jiang Zemin and Hu Jintao were recognized by having their ideological contributions mentioned in the Party constitution but not as Jiang Zemin or Hu Jintao thought. Their names were not attached to their supposedly original contributions to the Party ideology.

As we peer into the opaque world of Chinese leadership contests, it’s hard to tell how other leaders are reacting to Xi Jinping’s possible up-ending of the norms of collective leadership and smooth succession.  Why has no one yet dared to question Xi’s intentions by reminding people of Deng Xiaoping’s wisdom about institutional checks on the “over-concentration of authority”?

is chair of the 21st Century China Center based at the University of California San Diego School of Global Policy and Strategy. She previously served as deputy-assistant secretary of state from 1997-2000, where she was responsible for US policy towards China, Taiwan, Hong Kong, and Mongolia. She founded and continues to lead the Northeast Asia Cooperation Dialogue, an unofficial forum for discussions of security issues. Her book, China: Fragile Superpower, helped frame the policy debate on China policy in the United States and other countries. She is, most recently, co-chair of the Bipartisan Task Force on US Policy Toward China, and the author of Trump and China: Getting to Yes With Beijing,  published in Foreign Affairs, March/April 2017. 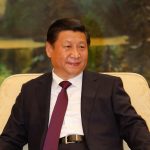 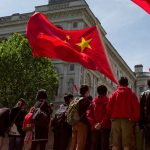