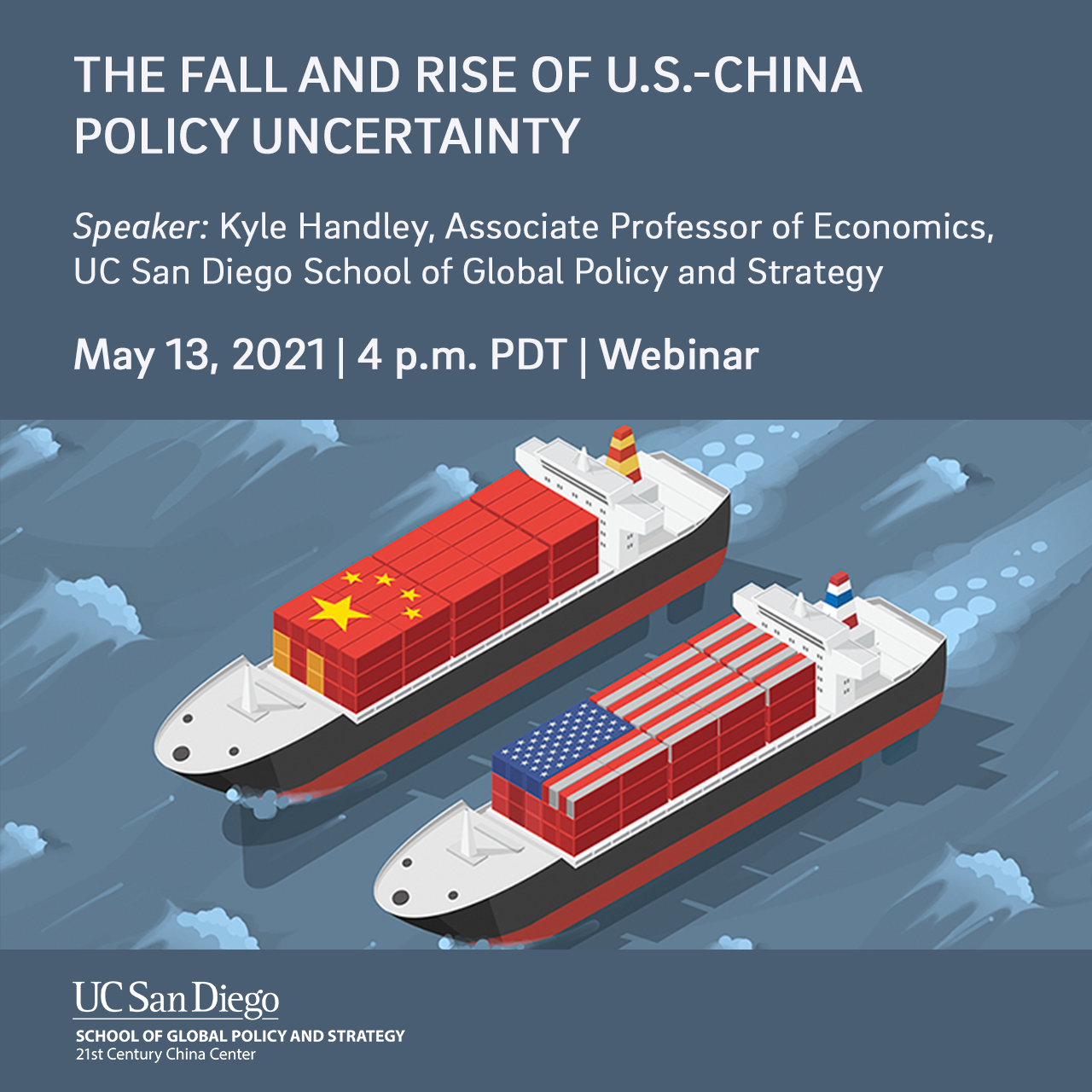 In this online talk hosted by the 21st Century China Center, Associate Professor of Economics at GPS Dr. Kyle Handley will discuss his research and those by others about the reduction in trade policy uncertainty from the 1990s to 2000s before and after China joined the WTO in late 2001. The U.S. commitments induced market entry and more imports from China through the 2000s. Similarly, China’s commitments on its own import tariffs increased uptake of foreign intermediate inputs and trade.

The fall in trade policy uncertainty during this period had some important implications for U.S. prices and employment. In contrast, the new trade war tariffs and increase in policy uncertainty during the U.S.-China trade war may cast a long shadow on business confidence and global trade. Unwinding the tariffs and restoring credibility of regional trade agreements and the WTO will require significant work. The talk will be moderated by Victor Shih.

Join us for an interesting discussion on trade policy, by registering through the link below. 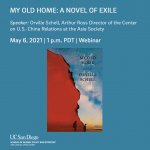 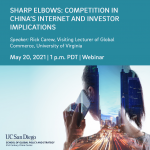