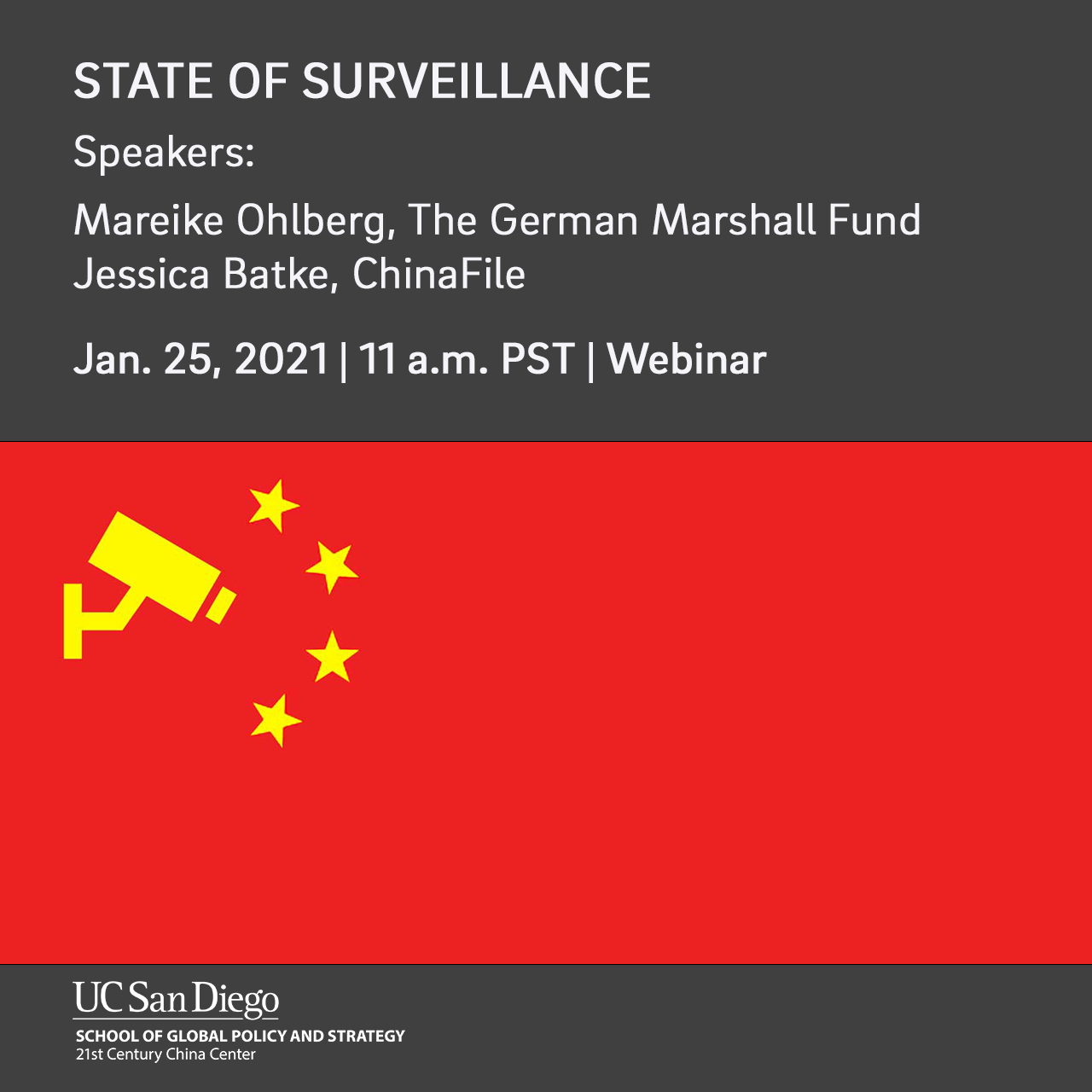 The 21st Century China Center is hosting a webinar on January 25th, at 11:00 AM PST. Mareike Ohlberg of The German Marshall Fund and Jessica Batke of ChinaFile will present their analysis of 76,000 Chinese government records that document the rise and widespread procurement of surveillance technology and services over the last 16 years. Their research shows that despite extreme levels of surveillance in the Xinjiang Uighur Autonomous Region, the same schemes in use in Xinjiang are also being used across the country from large cities to small towns. Whether they are assessing residents’ basic needs or trying to predict future behavior, officials engaged in surveillance are pursuing a single goal: to keep China’s citizens under near-constant watch. This webinar will be moderated by UC San Diego professor Victor Shih.

Register to attend through the link below! 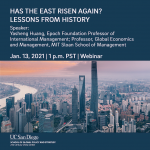 Has the EAST Risen Again? Lessons from History 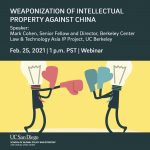 Weaponization of Intellectual Property Against China