Didi’s Delisting: Implications for the Future of US-listed Chinese Stocks?

Didi announced on December 2, 2021, that it would delist from the New York Stock Exchange (NYSE) and move to the Hong Kong Stock Exchange (HKEX). Inferred from its official announcement, Didi will not go private before going public but will directly “convert” its U.S. shares into Hong Kong shares (ADSs will be convertible into freely tradable shares).

Didi is treading down a path that no company has taken before.

Didi is not listed on the Hong Kong Stock Exchange, so it cannot convert its shares “naturally”. Many Chinese companies, such as Alibaba, have gone through the “HKEX approval” process to get listed in Hong Kong. In this process, investors would swap their ADR for their stock in Hong Kong. This process enables a company, listed both in Hong Kong and the United States, to convert part of its shares from the United States to Hong Kong without paying extra. However, Didi does not have a secondary listing. It would need to first launch a listing in Hong Kong to establish both a home for its converted ADR and a mechanism for transfer.

Didi is breaking the convention not only by converting its shares without first being listed in HKEX but also by converting the entirety of its shares, both of which are unprecedented in the capital market. Didi should have communicated with relevant law firms and even the Hong Kong Stock Exchange to ensure the feasibility of this conversion, before issuing this announcement.

Once Didi establishes the precedent that a company can switch to the Hong Kong market without first going private, some US-listed Chinese companies may follow suit. Didi is converting its shares directly because it does not have enough capital in its books. If the privatization proceeds, the proposal will likely be at least the $14 IPO price, as a lower offer could prompt lawsuits or resistance from shareholders. At the time of IPO, Didi had raised $7.2 billion (IPO+financing). If it were to go private, the company would still need at least $3 billion in its capital, even at a discount. Didi did not have that much capital, and no appreciable funds would be willing to support the company. Going public on the Hong Kong Stock Exchange would lead to a significant discount on Didi’s valuation and going private now would make it a losing deal. By directly converting the shares, the embarrassment of lacking money is avoided.

This “no-cost” conversion is good for the company, but it will cause dissatisfaction among existing shareholders. Shareholders unwilling to convert their holdings to Hong Kong shares may pull out early. Investors were able to give Didi a valuation of $14 per share because Didi was listed in the U.S., regulated by the U.S., and was enjoying the depth of the U.S. exchange, all of which were part of the valuation. It might not be the case that Didi could get a valuation of $14 per share even if it were to be listed on the Science and Technology Innovation Board (STI). Moreover, the daily trading volume of the HKEX is much smaller than New York Stock Exchange (USD $11 billion v.s. $20 trillion). When Cathie Wood invested in Tencent, a Chinese multinational entertainment and technology conglomerate, she was only willing to buy American TCEHY, not 700HK.

The worst-case scenario is that a large number of Chinese companies follow the example of Didi to engage in no-cost conversion under the tightening political pressure of the Chinese government. Seeing the recent suite of regulatory actions against overseas listing, companies couldn’t help but prepare an alternative plan that would convert their listing, if the situation so requires. If Chinese stocks are delisted from the U.S. and global investors do not want their stocks to become Hong Kong stocks, they will immediately sell them, which will cause China’s largest technology stocks to fall into the abyss, with stock prices plummeting and market value falling sharply, triggering an economic fallout.

Calming the overwrought US-listed Chinese companies and their global investors, the China Securities Regulatory Commission (CSRC) said on Sunday (December 5, 2021), three days after Didi’s delisting announcement, that they were making positive progress in communicating with U.S. regulators. The commission repudiated the media reports that China was pushing for the delisting of Chinese companies in the U.S. as “completely misinterpreted.”

On Monday (December 6), the People’s Bank of China announced a reduction in the required reserve ratio for a 0.5 percentage point, effective starting the next Wednesday (December 15). This move is expected to release long-term funds of about 1.2 trillion RMB. The PBOC cites the reason for supporting the development of the real economy. Another unspoken motivation might be to support Chinese stocks and prevent their prices from free falling.

Despite optimists’ hope that the HKEX could become a global stock exchange market on par with its American counterparts, HKEX still lags behind by a large margin in terms of performance and global reputation. This year, in the global stock market, the U.S. stocks rose 27% and European stocks also had a rise of about 22%, not to mention the 30% rise in Vietnam. However, Hong Kong stocks recorded a 14% decline, making it the worst-performing stock market globally. For Chinese companies, the more established U.S. markets attract investments from a prodigious swath of global investors, a caliber lacking in the HKEX. It is no exaggeration to say that the U.S. platform is not something that can be replaced or supplemented by the Hong Kong Stock Exchange.

In addition to exposing the company itself to the international spotlight, the listing of Chinese stocks in the U.S. is also the best evidence of the rise of China. Many people in the west fail to see China’s progress. However, the only thing they cannot ignore is the flourishing Chinese stocks and successful U.S. companies in China. There is only one sector in the NYSE that is grouped by country of origin: the Chinese stocks. In the past few years, under the leadership of Trump, the relationship between China and the U.S. deteriorated. The U.S. media has been more or less affected. However, business insiders are still actively following Chinese stocks, including the listing of Didi in the U.S.

Both countries, China and the U.S., are profiting from the Chinese stock market. What else can be settled if the two countries cannot even sit down and make money?

TszWang is a master's student from Hong Kong, pursuing his degree in Chinese Economic and Political Affairs at the School of Global Policy and Strategy. He graduated with first-class honors from Hong Kong University of Science and Technology with a Global China Studies major. He is interested in a wide range of topics, such as Chinese international relations in the Asia-Pacific, cross-Strait relations, China-Hong Kong issues, and contemporary Chinese history. 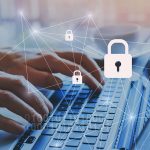 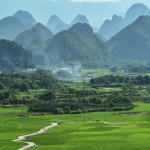