Karl Eikenberry served as the U.S. Ambassador to Afghanistan from 2009 until 2011. He is a retired Lieutenant General in the U.S. Army, and prior to his service in Afghanistan he served as the Defense Attaché at the U.S. Embassy in Beijing. He also directed the U.S. Asia Security Initiative at Stanford University’s Walter H. Shorenstein Asia-Pacific Research Center. This experience provides him a unique position to comment on Afghanistan and China. Mr. Eikenberry attended the United States Military Academy at West Point and earned his M.A. in East Asian Studies from Harvard University, and an M.A. in Political Science from Stanford University. He is currently a member of the Task Force on U.S.-China Policy, a group organized by UC San Diego’s 21st Century China Center and Asia Society’s Center on U.S.-China Relations.

On August 20th I sat down with Mr. Eikenberry to discuss the U.S. withdrawal of American troops in Afghanistan and how this decision will impact China. We also discussed the impact this decision might have on the U.S.’s competitive advantage in the Middle East moving forward, and how this marks a seminal moment in China’s relationship with the Muslim world. Note: this interview has been edited and condensed for clarity and readability.

Biden has said many times that one of the reasons for pulling out of Afghanistan is to reorganize our resources and efforts towards East Asia, and China specifically. How do you think this will influence the U.S. competitive advantage?

You can look at this in both the short-term and long-term. Currently, there is great uncertainty regarding the U.S. withdrawal and what this means for U.S. foreign policy, our credibility around the world and competition with China… While Afghanistan remains important to the United States, it is no longer a vital strategic interest. Today the pundits talk about how the United States reputation is forever lost, yet a year from now if Biden exerts leadership and his team can focus on American policy, those same pundits will be asking “how was it that the United States didn’t leave Afghanistan sooner?”

On the other hand, perhaps the more serious conversation in China’s Politburo right now is the realization that the United States is finally prioritizing its national security efforts after all this time, even if it did take a decade after Bin Laden’s death for the U.S. to finally leave Afghanistan.

If I were a top leader in China, I would not necessarily conclude at all that what’s happened in Afghanistan means that the United States is in a downward spiral.

If I were a top leader in China, I would not necessarily conclude at all that what’s happened in Afghanistan means that the United States is in a downward spiral. After the Vietnam war, which was much more of a catastrophic loss for the United States than Afghanistan, many analysts said that the U.S. was finished as a great power. But six years later, we had resurrected ourselves as a great power, which was achievable because of a reprioritization of foreign policy and political leadership. The Chinese study American history very well and they don’t view the United States as being on its way out. They understand that now is the time for caution.

The Chinese embassy remained open throughout the U.S. withdrawal, a clear contrast to the chaos caused by evacuation of Western embassies. What kind of message does this send to other international actors and what does the symbolism of this tell us about China’s current relationship with the Taliban? Is China’s decision to stay calculative?

China is very cautious, and appropriately so, regarding how much risk they are willing to take with their embassies. I recall from my past assignments how cautious Beijing’s instructions to the embassy were. China’s calculus now is not to take more risks and show that things are normal for them. They are confident that the Taliban will have the discipline and the wherewithal not to attack their embassy nor to harm their diplomats. That decision was predicated upon them directly talking with the Taliban, telling them what the consequences would be. I would also assume that they’ve sent that message through their good friend Pakistan. For the United States and the West, it stands juxtaposed to Russia and China, with the latter sitting in their embassies and not heading towards the Kabul airport. However, there is a reality here—the United States and many of those Western countries that are heading for the exit have been fighting the Taliban for 20 years. When you have been battlefield enemies for that long and have no clear sign of a credible treaty, it’s prudent to head to the airport and get your people out.

But there’s another factor as well. The Western nations are not only getting their own people out, but also trying to figure out how to balance military operations to get Afghans at risk out of harm’s way. China and Moscow don’t have that burden. While some might argue that the United States created this burden for themselves, I don’t see China or Russia announcing they will take in any Afghan refugees.

The Taliban has reassured China that they would not allow any forces to use their territory to carry out any attacks against China. Are these reassurances credible, and should China be concerned given the situation in Xinjiang?

Yes, I think that they should be concerned.  I’m sure they are. We should start by looking at the Taliban’s history and their conduct since they signed the agreement in Doha. Now, at this point, they have all the guns and the control. Whatever they are saying might or might not be credible—we don’t know. Perhaps they mean this at the level they’re saying it and they might find out that their foot soldiers disagree, and that their own command and control is not what we believe it to be. They are not a monolith, they don’t have a strong centralized authority, they have their internal contradictions, and this should be enough cause for concern for China.

They are not a monolith, they don’t have strong centralized authority, they have their internal contradictions, and this should be enough cause for concern for China.

When the war in Afghanistan broke out after 9/11, there were Uzbek militants fighting with the Taliban who were ethnically related to the Uyghurs of Xinjiang. Now China has pretty firm control over the situation in Xinjiang because of their very heavy-handed repressive policies. The question might not be whether the Chinese are concerned with Xinjiang, but rather how deeply concerned they are. If this had been 10 years ago, before they cracked down in Xinjiang, there might’ve been more nervousness in China.

The concern Beijing has is the same concern that all major capitals around the world probably have: the bounce that international jihadists will get from the Taliban victory. Right now, the Chinese worry about what the Taliban victory will mean to movements in Somalia or in Mali. Twenty-five years ago, Beijing wouldn’t have cared, but now they’re the number two economy in the world, soon to be number one, and they worry about their oil and energy interests in the Middle East. They have devoted a lot of time and effort in the Muslim world where they are hoping to improve trade and investment. China’s concern with the Taliban may be less about what it might mean in three years for Xinjiang and more about what it might look like in other parts of the Muslim world.

In 2003, I was with President Karzai and an Afghan delegation on our way to a fundraising conference in Tokyo when we had to make a refuel stop in Beijing. Yang Jiechi, who at the time was the Assistant Foreign Minister, went to the airport to meet President Karzai. After their meeting, I spoke to Mr. Yang and said, “you know, I am serving in Afghanistan now as a two-star general and I’ve got to be frank with you—I’m very disappointed that China has done so little in Afghanistan. It borders your country. China is a great power. I would think a great power would be engaged right now.” I’ll never forget his reply. He smiled and said, “well, you know General, I appreciate the compliment of you calling China a great power. One day we will be, but now in 2003…we are not yet. But one day I hope we will be a great power. But what great powers have learned in Afghanistan is that they don’t do well in Afghanistan.”  We’ll see if the leaders of the Chinese Communist Party remember that warning.

Mr. Eikenberry’s comments provide important nuance to the news cycle covering Afghanistan and the American withdrawal. The situation is not one of clear, unambiguous victory for China. With each opportunity comes numerous challenges, as detailed above. This is a pivotal moment in China’s relationship with the Muslim world and how they choose to act going forward in Afghanistan will mark a new era in their foreign policy and statecraft. China is taking on a new role in which they will have to act as an important actor in Afghanistan, and this will put their long-standing policy of non-interference sorely to the test. 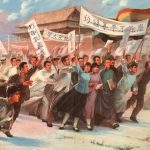 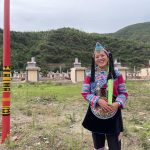 How do government microloan programs help China to win the battle against poverty? Field research in Wuding, YunnanEconomics, News, Politics