The War On Talent: Optimizing Immigration Policy in an Era of U.S.-China “Competition”

The 2021 China Focus Essay Contest winners are Shaun Ee and Theo Lebryk from the Yenching Academy of Peking University, William Yuen Yee from Columbia University, and Jimin Park from the University of Kansas.

The essay contest is an annual event organized by China Focus since 2016, in partnership with the 21st Century China Center, 1990 Institute, and Fudan-UC Center on Contemporary China. The contest is open to all college and graduate students (including recent grads) of U.S. or Chinese universities. The next call for submissions begins in late fall and prompts will be announced on our essay contest webpage.

In an era of globalization and great power competition, China and the United States are striving to increase their respective economic, hard, and soft power. A panacea for international powerhouses is immigration. Conventional views of immigration assume that countries are in a global war for talent, but international policymakers should recognize the mutual benefits that immigration has for all countries. The United States federal government should substantially reduce the quota for individuals seeking employment-based visas (EB) and increase annual refugee admissions without regard to national origin.

Increasing the number of immigrants who are considered “high-skilled” with employment-based visas would massively benefit the U.S. As researched by Daniel Griswold, an expert on immigration policy, immigrants are more likely than American workers to be productive, younger, innovative, have diverse talent, and fill in for struggling domestic sectors. Given these unique characteristics, a larger pool of immigrant workers is likely to be a huge boost to the U.S. economy, and structural advantage in the U.S.-China talent competition.

In addition to economic benefits, seeking talented foreign employees will likely lead to ripple effects across industries that heavily influence present-day “great power competition.” In order to maintain its leadership, the U.S. needs to be technologically ahead; quantum computing and cybersecurity are two domains for next-generation deterrence and security strategy. The restrictions that immigrants face undermine American competitiveness and global leadership. Individuals with EB visas are crucial to maintaining American dominance in quantum research and cybersecurity.

Push-pull factors in Chinese immigration to the U.S.

There are obstacles to opening up U.S. borders to high-skilled immigrants. The U.S. Citizenship and Immigration Services (USCIS) is an agency with bureaucratic inefficiencies, which increase the wait time for applicants and deter many from even applying. Interview notices are confusing, the application process itself is complex, and the USCIS lacks the resources to handle a large influx of immigrants.

Critics of liberalizing American employment-based immigration, such as Chinese state media, express concerns that it would hinder China’s ability to recruit high-skilled individuals. This argument relies on the faulty assumption that immigration must hinder the sending country’s success. Economic interdependence and global interconnectedness mean that both states inevitably benefit. Mutual gain can arise from brain circulation, remittances, or cultural connections.

Skilled workers can create economic connections through brain circulation. Countries will respond to decreasing domestic skilled labor by improving their domestic conditions, especially in education and healthcare. Furthermore, these migrants send back financial capital, called remittances, to their home countries. Other benefits such as the spreading of culture, tourism, and international ties through the diasporic effect ensure that immigration is a net-positive for the sender and recipient. Ultimately, many workers return to their home countries, which enriches that state’s political and economic institutions. Rather than suffering from brain drain, China will witness “brain gain,” even if this is not visualized in the short term.

Regardless of the debate over the positives and negatives of Chinese emigration, the status quo indicates that workers would rather leave China than stay. Backlogs in the U.S. emigration system indicate that people in China are seeking opportunity elsewhere. Because of the opportunities that countries like America offer, foreign workers seek to emigrate; while the Chinese government has implemented numerous reforms to encourage skilled workers to stay in domestic positions, currently the main variable determining whether they migrate is how credible and clear their chance at a visa is.

How do refugees play a role?

Allowing the admission of refugees into American society is crucial to preserve global talent for both the U.S. and China. Refugees, similar to those considered high-skilled with employer-sponsored visas, yield massive economic benefits. The difference is that they are more dynamic than any group of Americans or immigrants. Dynamism means that migrants are more likely to move between occupations, fill gaps in the labor market, and continually innovate.

The most important characteristic of refugees is their entrepreneurial ability. They have the highest rate of business creation (13%) of any immigrant group. Because of migrants’ business-savviness, refugees generally have an upward economic trajectory. A 2017 New American Economy Report indicates that migrants paid over $21 billion in taxes and made more than $77 billion in household income. Refugees hold over $1 billion in spending power in 18 states, with $17 billion in California alone. Narratives of refugees being a burden stem from xenophobic myths and representations of squalid conditions in refugee camps. Based on data findings, refugees should be welcomed as a financial opportunity, not an economic burden.

Ideally, the executive branch should raise the refugee cap to 500,000 per year. This increase is realistic enough — because it is lower than Germany’s annual intake — but ensures that the U.S. garners the benefits of liberalizing its refugee admissions. Migrant admissions are the optimal solution to preserve the mobility of global talent because they lack opportunity in intermediary countries. These individuals have escaped the brutalities of war, conflict, persecution, trafficking, genocide, and other horrors. Their circumstances make it highly unlikely that they will return home in the near future.

European countries are struggling to handle large inflows of migrants. Smaller states such as Jordan and Lebanon are also unable to continually bear the economic brunt of refugees. Because of populist sentiment in Europe and instability in the Middle East, refugees lack economic opportunity. They are forced into intermediary countries. Ensuring their admission into the U.S. does not drain any stable economies. These skilled workers are largely from places facing instability, and their movement does not directly impact China.

Similar to problems facing the expansion of employment-based immigration, there are barriers to increasing refugee admissions. The process involves extensive vetting, as policymakers broadly perceive migrants to be security risks. This increased scrutiny leads to massive delays in admissions, which are exponentially amplified by bureaucratic inefficiencies. Staffing shortages undermine the ability of immigration agencies to conduct interviews. Even if refugees are resettled, barriers to integration inevitably exist: federal expansion of refugee admissions will face backlash from state and local governments, which have been reported to increase other restrictions on refugee admissions.

Clearly, there is a solution to maximize the growth of America’s talent pool without hindering China’s access to talented workers. The U.S. should dramatically increase the admission of high-skilled workers with employment-based visas and refugees. Because of global interconnectedness, those with employment visas will likely return financial capital to their home countries. This could take place in the form of remittances or their physical return. If these individuals remained in China, they may not have had the opportunity for this extent of professional development, and the benefits they yield to the greater Chinese society and government may be diminished. Another intrinsic benefit to more open immigration systems is the long-lasting cultural ties created by immigration, which are shown to encourage growth.

Finally, the concept of refugees is often misleading and fails to give credit to their statistically demonstrated contribution to the economy. Refugees are generally skilled workers from areas facing instability and persecution, which ensures that the U.S. immigration system welcoming this talent does not inherently lead to brain drain from China. Rather than viewing procuring talent as a competition, the U.S. should optimize its immigration policy to create a world of cultural interconnectedness that benefits both American and Chinese interests.

The views expressed herein are those of the individual author, and they do not represent the official positions of organizing and sponsoring institutions, including China Focus, 21st Century China Center, Fudan-UC Center on Contemporary China, and the 1990 Institute.

Jimin is a sophomore at the University of Kansas who studies Political Science and Global Studies. He is a member of KU’s policy debate team and Trade War Lab, and is an America delegate for the 14th Korea-American Student Conference. His research interests include East Asian geopolitics, critical international relations, and climate geoengineering. 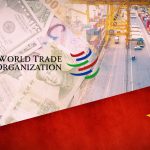 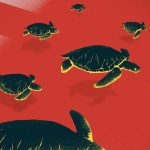