A Glimpse Into the Past, Present, and Future of Xi’s Bellwether City, Shenzhen

A historic speech given by China’s paramount leader Xi Jinping in late 2020 highlighted the past and future importance of Shenzhen, a city pivotal to the nation’s continued economic rise. Within his speech, Xi laid out a strategic vision for the future growth of the city, placing particular importance on economic reform, consumption-driven growth, and integration with the broader Guangdong-Hong Kong-Macau Greater Bay Area.

Part of a sprawling megalopolis stretching from Guangzhou to Hong Kong, Shenzhen has emerged as President Xi Jinping’s showpiece for “socialism with Chinese characteristics.” With a GDP that has now surpassed that of neighboring Hong Kong, it has become a hub for China’s booming tech industry and a home to the likes of Tencent and Huawei. In a speech in October 2020 commemorating Shenzhen’s impressive journey from sleepy fishing village to bustling metropolis in less than a lifetime, President Xi laid out Beijing’s vision for the city’s future. Highlighting economic reform, consumption-based growth, and participation in the Guangdong-Hong Kong-Macau Greater Bay Area Development Plan, Xi has a clear strategic vision for the city that has become a bellwether for China’s global ambitions.

Shenzhen’s designation as a special economic zone (“SEZ”) in 1980 granted the city increased economic autonomy in tax standards, market access, and capital controls.  As such, the city quickly became open to foreign direct investment, and seemingly overnight Shenzhen became a manufacturing boomtown as multinational corporations scrambled to take advantage of the SEZ’s relaxed policies and generous economic incentives. The result was an impressive trade surplus, which was used throughout the 1990s to fund the educational and research institutions that form the backbone of Shenzhen’s modern tech economy. In his speech, President Xi attributed the city’s prosperity to the government’s opening-up policy, which he pledged that officials would “adhere to in order to enhance the current strategy of going global.”

Beijing’s commitment to staying the course on market liberalization in order to raise Shenzhen’s competitive profile in the global arena aligns with its vision to transition the city, and eventually the country, to a knowledge economy. In addition to digital infrastructure and a favorable business environment, knowledge economies require access to deep capital markets and the global talent pool to thrive. The world’s most famous knowledge economy, Silicon Valley, has unparalleled access to both.

Taking a page out of America’s playbook, President Xi promised in his speech to pursue liberalizing reforms that will continue attracting capital and, eventually, foreign talent to Shenzhen. Because innovation in the 21st century relies on collaboration, Beijing is willing to continue experimenting with economic liberalization in non-strategic sectors in order to deepen integration with the global innovation network. In President Xi’s own words, developing a sophisticated services sector will require “an open, transparent, inclusive, and non-discriminatory environment for businesses to grow.”

Coinciding with Xi’s speech, China’s National Development and Reform Commission released reform plans for Shenzhen relating to capital markets, market access, and intellectual property. Amongst the proposals were specific plans for a pilot mechanism allowing technology giants that went public overseas to list at home on the Shenzhen Stock Exchange, a reduced Negative List that will open market access for foreign firms, and an optimized approvals process for foreign workers’ work and residency permits. While perhaps just a taste of what is to come, the “Pilot Reforms Plan” turned Xi’s words into action and set the basis for Shenzhen to continue reaping the benefits of SEZ-based experimentative reform.

Interconnectedness with the Greater Bay Area

Plans to deepen Shenzhen’s ties to the global economy are only one step in President Xi’s ambitions. Shenzhen is also being groomed as the “economic engine” for the Guangdong-Hong Kong-Macau Greater Bay Area, a densely populated cluster of economic heavyweights that also includes Guangzhou, Hong Kong, and Macao. Deeper integration of the Greater Bay Area will accelerate the entire region’s economic development by sharing the flow of people, goods, capital, and information.

Infrastructure is key to the efficient flow of resources. In his speech, President Xi promised the additional construction of regional railroads, airports, and other linkages to realize his vision of an integrated Bay Area. Supporting the initiative is a concept proffered as the “one-hour living circle,” or the idea that people could travel from one side of the Greater Bay Area to the other within an hour. Once viewed as no more than a fantasy, this dream is slowly coming to fruition alongside the completion of massive infrastructure projects. The Guangzhou-Shenzhen-Hong Kong Railway is a prime example, in which its completion in 2018 reduced end-to-end travel time between the three cities to no more than 48 minutes via bullet train. The government plans to connect other cities to this ultra-interconnected network throughout the nearly 178,000 square kilometer region.

Beyond the physical flow of resources, Beijing has plans for strategic cross-city industrial collaboration. By linking cities that contain distinct comparative advantages within key industries, China is looking to build a regional team of all-stars that can leverage economies of scale and drive long-term cost savings via more efficient production. For example, the Greater Bay Area is building what is known as the Guangzhou-Dongguan-Shenzhen Science and Technology Innovation Corridor, set for completion in 2030. By pairing entrepreneurs from manufacturing-heavy Dongguan with resources in innovation-heavy Shenzhen, industrialists and tech juggernauts alike will benefit from information sharing, easier access to resources, and, ultimately, higher local and regional productivity. Over the long run, this will drive transformation in less developed areas of China while bolstering the future growth of economic giants like Shenzhen.

Released in 2016, the 13th Five-Year Plan laid out Beijing’s vision to transition from investment-driven to consumption-driven growth and allocate economic resources more efficiently. The waning efficacy of public investment in recent years has burdened China’s banks and companies with high levels of debt, and continuing to rely on investment to drive growth could lead to a debt-fueled economic bubble of monstrous proportions.

A shift to consumption-driven growth will require Beijing to make structural changes to its economy that put more money into the hands of consumers and increase worker productivity. Beijing’s predilection for using SEZs to pilot market reforms has not changed since the introduction of SEZs 40 years ago; President Xi indicated in his speech that Beijing will continue to pilot new programs in Shenzhen that “ease market access for the services sector,” a key step toward the creation of a productive, advanced economy. Also included in President Xi’s reform package are plans to address the needs of the domestic market and “allow people to benefit more from the achievements of reform and development in a fairer and more equitable way.” Successful execution of these reforms will aid the economy’s transition to a consumption-driven model.

President Xi’s speech also marked a significant step forward in the development and implementation of a centrally-backed digital currency, which, if realized, would reduce the country’s reliance on America’s CHIPS payments system and stimulate consumer demand through regular “helicopter drops,” or instantaneous infusions of freshly minted digital currency into citizens’ bank accounts. Within 24 hours of President Xi’s speech, the PBOC piloted its indigenous payments system by digitally issuing 10 million RMB to 50,000 people in the Shenzhen area. The successful pilot system not only marks the launch of the next phase for China’s digital currency initiative, but also highlights Shenzhen as a testing ground for cutting-edge technologies and reforms that will allow  China to achieve “sustainable, higher quality growth.”

Shenzhen’s figurative location at the nexus of China’s development strategies as well as its physical location in one of the world’s most economically vibrant regions make it an evergreen testing ground for Beijing’s market reforms. As China transitions to an innovation-driven and consumer-centric development model, the success of these reforms will inform Beijing’s decision on the pace of economic liberalization elsewhere domestically. Overall, the pace at which reform occurs could well pick up over the next decade as China seeks to continue building its homegrown “Silicon Valley.”

Additionally, the influx of resources into Shenzhen via the Guangdong-Hong Kong-Macau Greater Bay Area Development Plan may shape the region’s balance of power and create powerful economies of scale. By promoting and subsidizing the free flow of goods, labor, and information, Beijing will continue to mold Shenzhen into one of the world’s premier hubs for innovation, rivaling even the likes of Silicon Valley.

This article is posted in collaboration with The China Guys. The original article may be found at https://thechinaguys.com/a-glimpse-into-the-past-present-and-future-of-xis-bellwether-city-shenzhen/.

Archit Oswal is studying supply chain, Plan II, Russian, and government at UT Austin. He has received three scholarships from the US State Department to study Russian and has also worked with the State Department's Office of Conventional Arms Control to better understand US economic statecraft. Through his writing, he investigates China's economic rise by shedding light on its robust industrial strategy. After graduating, he hopes to work at the intersection of national security and economic policy. 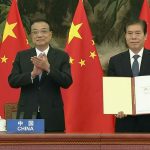 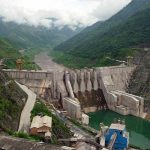