Chinese Analysis of COVID-19’s Impact on the Economy

COVID-19 has brought unprecedented challenges to the Chinese economy. Even though China has brought the pandemic under control, it experienced its first negative quarterly economic growth since 1992. China’s GDP growth rate for the first quarter of 2020 shrank -6.8%, compared to the same period last year. Faced with these negative outcomes, the Chinese press has focused on the positive outlook. People’s Daily (Overseas Edition) draws its readers to economic indicators from March while the Global Times emphasizes the long-term potential of economic growth, acknowledging setbacks resulting from the pandemic.

Sina.com published a speech by Justin Yifu Lin, former chief economist for the World Bank, who suggests that it may not be advisable to boost this year’s GDP growth rate simply for the sake of reaching
China’s interim goal of “building a moderately prosperous society” (全面建成小康社会) by 2020.

According to Lin back in early May, delaying the first centennial goal by one year, on the assumption that China’s economy will again register strong growth next year, is warranted. Toward the end of May, however, Chinese premier Li Keqiang still expressed the hope of “completing the building of a moderately prosperous society in all respects this year,” even though he dropped any mention of a GDP growth target at the National People’s Congress. Instead, Premier Li proposed a framework of “six stabilizations plus six protections” (六稳六保) to keep the fundamentals of the economy stable.

China’s economy recovered in the second quarter with a positive growth rate of 3.2%. By early July, China’s stock market was at an all-time high since 2018, a feat that China Central Television attributes to the country’s excellent epidemic control and prevention capabilities. An article in the People’s Daily stated that China’s quick bounce-back to upward growth brings confidence to a global economic recovery.

Some economists, such as professor Wei Jie from Tsinghua University, worry about the effect of rising debt and a loose monetary supply. The contradiction between improving macroeconomic indicators and worsening livelihoods is becoming increasingly glaring.

The government has loosened control over street vending and encouraged extending weekend holidays to boost demand and consumer confidence. But according to data released by the National Bureau of Statistics of China in mid-July, the per capita disposable income and consumption expenditures of Chinese national residents declined in the first half-year compared to a year ago.

Other economists, such as professor Zhu Ning from Shanghai Jiao Tong University, urge the government to pay more attention to employment and household financial stability, and they remain wary of the central government’s push for the so-called “new infrastructure projects.”(新基建) Unlike traditional infrastructure, “new infrastructure” refers to fundamental high-tech investments such as 5G, cloud computing, intelligent manufacturing, and data centers. Besides stimulating growth and generating high-paying jobs, this strategy can foster the development of new industries, and boost China’s global competitiveness in advanced technologies.

Still, problems abound for China’s “new infrastructure” strategy. The central government cannot afford to spend another four trillion RMB in investments as it did in 2008. Some Chinese economists call for the mobilization of private capital, which remains wary of this push. Across today’s Chinese press, there is no shortage of economists who insist that China has to stay open and pursue a global-oriented market strategy rather than relying on the so-called “internal circulation” for economic development. To them, how to overcome the impulse against globalization in the post-epidemic era is a critical consideration for China. 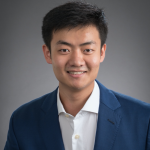 Yucong Li is a Master of Public Policy student at UCSD’s School of Global Policy and Strategy, with a specialization in Program Design & Evaluation and Social Policy. He graduated from Peking University with a Bachelor of Laws in Philosophy, Politics and Economics. Prior to attending GPS, he worked as a research assistant at the Center for Civil Society Studies focusing on social enterprises area. His research interests include the collaboration between government and society, social governance and China-US relations.
View Posts 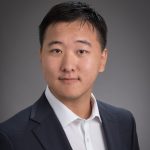 Mengtian is a Master of International Affairs student at UCSD’s School of Global Policy and Strategy, with a focus in international economics and China regional specialization. He works as a research assistant for Professor Stephan Haggard and UCSD’s political science department. His research interests include Chinese political institutions and Chinese urbanization policy.
View Posts 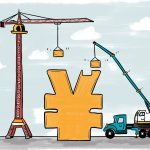 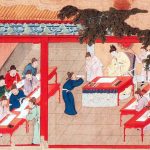