China Closing in on India: a Series of Maritime Activities

China is no longer hiding its strength and biding its time.

In 2013, Chinese President Xi Jinping and Kazakhstan’s then-President Nursultan Nazarbayev inaugurated a 700-mile gas pipeline. The pipeline, connecting Central Asia to China, was the first of many such projects to be witnessed under the Belt and Road Initiative (BRI). Speaking at Astana, President Xi highlighted China’s “Westward March,” referring to an article written by Wang Jisi the previous year. In this article, Wang Jisi underscores the need for an extensive infrastructure network that connects China to the rest of the world, a contemporary Silk Road.

China in the Indian Ocean

The presence of China in the Indian Ocean Region (IOR) dates back to the 1980s, when the People’s Liberation Army Navy (PLAN) made port calls to several countries in South Asia. The years that followed saw bilateral as well as multilateral naval exercises with many South Asian nations. After his visit to Astana, Xi Jinping announced several similar initiatives. In 2015, Beijing invested US$46 billion in the China-Pakistan Economic Corridor (CPEC), connecting the Chinese city of Kashgar to Pakistan’s strategic Gwadar. Moreover, China vowed to create a commercial deep-sea port in Gwadar, as well as railway lines, a gas pipeline and an airport.

In 2017, China took control of the Hambantota Port in Sri Lanka for 99 years after providing it with US$1.1 billion, and contractors for its construction in 2002. In the same year, China increased its presence in Africa by establishing a military base in Djibouti, significantly the PLAN’s first overseas military base. China also helped finance the Doraleh Port. In fact, 40 out of 55 African countries have either signed a Memorandum of Understanding or similar agreements with China on the Belt and Road Initiative (BRI). Most countries in the IOR itself have had BRI-related investments. China-watchers suggest the possibility of a deliberate encirclement of India. The “String of Pearls” theory encapsulates this encirclement.

The Indian Ocean witnessed an increased Chinese presence with the commencement of the Anti-Piracy Task Force that was an international response to the piracy issues in the Gulf of Aden. Following the construction of the military base at Djibouti, China’s intentions did not seem benign. Satellite imagery revealed that China’s dual-use port in Djibouti, which the Chinese government purports to be primarily for peacekeeping and counter-piracy efforts, possessed military capabilities. Although the lease agreement prohibits the use of the port for military purposes, the Hambantota Port gives China easy access to the Indian Coast.

At the same time, Indian policymakers fear that through the Belt and Road Initiative, China will use “debt trap diplomacy” within their neighborhood. The prospect of China politically coercing India’s neighboring nations–some of which are traditionally India’s allies–through predatory lending practices, has rung alarm bells in Indian government circles. India is opposed to the CPEC not because of debt trap diplomacy, but primarily due to the network of pipelines and projects’ inclusion of Pakistan-Occupied Kashmir, a territory that is also claimed by India. Given its historically tense relations with Pakistan, India anticipates further detriments brought by the rise of a stronger China-supported Pakistan.

The Chabahar port in Iran proved to be a strategic location for India to gain access into Afghanistan and Central Asia, successfully circumventing Pakistan and responding to CPEC. In 2016, a trilateral deal between India, Afghanistan and Iran fortified India’s involvement in the Chabahar port. However, succumbing to pressure from potential U.S. sanctions, India only finished one of the five phases  of the port. This year, China and Iran entered into an economic and security cooperation agreement, which allowed the inflow of Chinese investment into the banking, telecommunication, transportation and energy sectors. To India’s consternation, the deal also envisaged military cooperation that includes joint exercises, intelligence sharing, as well as joint weapon development. In exchange, China will receive oil at a heavily subsidized price for a quarter of a century.

Chinese leadership has listed multiple reasons for its increased foothold in the IOR. Trade security remains of utmost importance to China, as it is the world’s largest importer of oil. In 2019, most of China’s oil imports came from the Middle East, Africa or South America. Former PRC president Hu Jintao coined the term “Malacca Dilemma” in 2006 to emphasize the importance of the narrow waterway between the Malaysian and Indonesian peninsula that facilitates the movement of 80% of China’s oil needs. The geostrategic positioning of the Malacca Strait puts the Chinese economy in a precarious situation. Australia’s proximity to the Sunda and Lombok Straits, which are considered “deep water alternatives” to the Malacca Strait, creates another choke point that increases China’s trade vulnerability.

To reduce reliance on these pivotal straits, China has aggressively secured its sea lines of communications in the IOR. Moreover, pipelines and economic corridors planned in the BRI reduce the time and distance required for imports to reach the Chinese mainland. CPEC, for instance, reduces the otherwise sea-route distance by 10,000 kilometers. During peacetime, the ports on the Indian Ocean may be beneficial to refuel ships, eliminating the need for ships to traverse back to China. Maritime presence in the Indian Ocean Region also contributes to China’s military strategy. Participating in anti-piracy initiatives in the Horn of Africa provides China with useful information about the capabilities of foreign militaries. Additionally, Chinese vessels will be able to assess the terrain cartography for potential wartime situations. Thus, China’s projection of power in the IOR is not unanticipated.

In response, India has ramped up naval pressure in the Indian Ocean. Passing Exercises (PASSEX), such as one involving the U.S. carrier Nimitz this summer, have been conducted between the Navies of India, the United States, Australia and several other countries. Moreover, the Indian Navy deploys vessels on Mission Based Deployments in the Indian Ocean up to the Malacca Strait and Gulf of Aden. This has brought about a significant increase in deployments since the border conflict in May. Following the realization of the potential threat posed by China, the Quadrilateral Security Dialogue, or the Quad, was revived in early 2017, after a 10-year hiatus. The coalition of Japan, India, the United States and Australia strives to maintain a free and open Indo-Pacific and uphold the rules-based order which China threatens to overturn. The government of India also pursues the Act East policy, which aims to increase diplomatic and strategic relations with Southeast Asian nations, acting as a counterbalance to Chinese activity there.

The economic unviability of the ports at Hambantota and Gwadar coupled with the accumulation of debt in the Maldives, Djibouti, and other countries that have a high rate of default, have validated India’s concerns. China continues to expand its presence in the IOR in the name of establishing a maritime silk route, and appears unperturbed by India’s deterrence efforts. New Delhi and Beijing must work together to act multilaterally, as opposed to unilaterally, in order to avoid future conflicts. With the ongoing aggression witnessed in the South China Sea, an intensified approach towards Hong Kong, and skirmishes at the Sino-Indian border, it is clear that China is no longer hiding its strength and biding its time.

Swati is a Master of International Affairs student at UCSD School of Global Policy and Strategy, specializing in International Economics and Southeast Asia. She graduated from St. Xavier's College in India with a BA in Economics and Statistics. Her research interests lie in the Belt and Road Initiative and the Indo-Pacific. 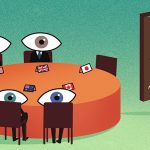 How Will Five Eyes’ Expansion to Include Japan Impact Sino-Japanese Relations?Military, Technology 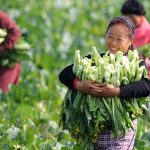