India-China Skirmish: A Minor Flare Up in a Major Rivalry

On June 15, the first blood drawn in 50 years happened in the Galwan River Valley area of the border. During a tense meeting, hand-to-hand combat broke out between the Indian and Chinese military. India confirmed 20 soldiers died because of their injuries or falls. Media in India and in the US report upwards of 40 casualties from China’s army, but Beijing has not released the number of casualties from the conflict.

In 1914, Great Britain, who then had held India as a colony, and Tibet delineated a border between the two in the Himalayas called the McMahon Line. At the time, despite some international recognition, Tibet was not recognized as a sovereign country by China. Through the mid-1950s, after India’s independence in 1947 and the founding of the People’s Republic of China in 1949, the border was not hotly disputed. This changed in 1959 when the Chinese took Longju, an Indian military post recently built near the line, and questioned the McMahon Line’ legality⁠—owing to China’s claim, and later control of, the Tibet region. From that point, the Line of Actual Control (LAC) became the de facto border. While it resembles the McMahon Line, the LAC is vague and interpreted differently depending on the situation and actions taken by either side.

The first large-scale fighting over the border occurred in 1962 with the Sino-Indian War. In the early 1960s, India began building more outposts, purposefully north of the LAC. China responded with an invasion across the LAC. The Chinese ultimately retreated back to the Line after the Soviet Union, US, and UK pledged military aid. The result was thousands of deaths and no resolution on the border in the Himalayas. Further border clashes occurred in 1967, with hundreds killed, and in 1987, which had no casualties. In recent years, as both sides attempt to enforce their respective claims along the LAC, construction of infrastructure has caused bloodless conflict in the region. The last incident, in 2017, occurred in the Doklam Plateau – a region where the borders of India, China, and Bhutan converge – when it became the site of Chinese incursion. India, to maintain the border status quo and support Bhutan, intervened in the Chinese road construction that started in Doklam. These standoffs demonstrate the continued desire of India and China to prevent any border creep along the LAC.

The After Effects of the 2020 Skirmish

The conflict has raised tensions between China and India as China continues to assert its influence in South Asia. Within two weeks of the skirmish, India and China have increased military presence in the region, heightening worries for a potential extended conflict. In a tit-for-tat escalation, India responded to China’s increased armored vehicles with their own tanks and missile systems. However, military leaders on both sides have met and agreed to disengage along the LAC. President Xi Jinping and Prime Minister Modi have likewise stated a desire to de-escalate the situation.

India’s government, in what appears to be retaliation, banned dozens of Chinese apps from use in the country due to national security reasons. Banned apps include some of the largest: WeChat, Baidu Map, and TikTok. The ban on TikTok is a significant loss to the parent company, ByteDance, as users in India make up 1/3rd of the app’s downloads. The ban follows several other actions made by India to support local tech companies, such as those providing equipment to India’s state-run telecommunication companies.Outside of government action, citizens of India have been vocalizing anti-China sentiment as well. The most prominent post-skirmish rhetoric has been calls to boycott Chinese-produced goods. The reality for India, much like the US and Europe, is it relies on Chinese manufacturing for parts and finished goods, as well as pharmaceuticals. Any boycott or increase in trade barriers will not only increase tensions: it will further deepen India’s economic recession. Thus far, India has not acted on these calls and China has remained silent on this issue.

India’s rivalry with China has become more evident in other parts of the world, especially in the Indian Ocean. In 2017, Djibouti began hosting a People’s Liberation Army Navy overseas base, which is among China’s first foreign bases. Pakistan and China conducted their sixth annual bilateral maritime exercise in early 2020. China has even sent a research ship within India’s exclusive economic zone to gather data, which was by India’s navy. China’s goal is to ensure that the sea lanes of communication, vital for its economy, remain open. Its attempts at ensuring this access, especially through port development in countries on the Indian Ocean, serve a military purpose as well.

The ports China is developing through its Belt and Road Initiative will have deep-sea container terminals, meaning large cargo ships will be able to dock in nations such as Pakistan, Myanmar, and Sri Lanka. Myanmar and Sri Lanka have close relations with India, which China is exploiting to bring their naval presence close to India’s coastline. In the future, these ports will enable visits from China’s warships, further eroding India’s influence in the region. India has recognized this threat. India has plans to build or expand commercial ports in the Indian Ocean, especially with U.S. and Japanese support, to help counter Chinese economic influence. Simultaneously, these investments will allow India to maintain a presence with their allies.

Considering China’s slow intrusion into its backyard, India has become more active in naval modernization and maritime cooperation. The Quadrilateral Security Dialogue – consisting of India, the U.S., Australia, and France – allows India to improve its ability to operate militarily in the Indian Ocean. However, India’s underfunded navy, including the building of new ships, will present a challenge for India to offset China’s military presence on its own. India’s maritime strategy is going to rely on allied support into the latter part of the decade, until it can deploy a more competitive navy.

The regional rivalry between China and India will continue its flare and simmer cycle as China demonstrates its ability to project hard and soft power across the Indo-Pacific region. However, further escalations of conflict are unlikely to occur in the Himalayas or the Indian Ocean. While the border conflict is ongoing, China and India have taken lessons learned from previous incursions to avoid a repeat of the first Sino-Indian War. China’s military presence in the Indian Ocean, thus far, has not led to maritime conflict like it has in the South China Sea. If India begins to challenge China’s presence in the Indian Ocean, it will require finesse to prevent China from escalating the situation into war. 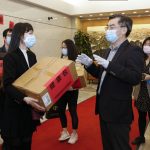 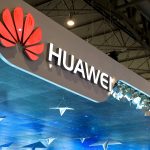