20,000 Flown over the Pacific and Beyond — China’s Distribution of “Health Packages” to Chinese Students

Starting the end of March, the Chinese government’s distribution of free “health packages” (jian kang bao), containing an assortment of personal protective equipment and disinfectants, to Chinese international students facing the severe COVID-19 outbreak has by far proved a successful consular policy in protecting Chinese students in the United States. By mobilizing all social resources available, the health package distribution represents a breakthrough of institutionalism that has fully utilized the top-down decisiveness of the government structure while navigating around bureaucratic shortcomings. Yet the popular support gained by this measure was ultimately offset by a lack of consistent policy planning. Institutionally, this demonstrated the need for further communication and collaboration among ministerial-level Chinese departments in order to build a more synchronous government body.

The COVID-19 pandemic has consumed the world in unprecedented horror and anxiety, the individual exposure has been all but equal. Chinese students studying in the United States have experienced two separate waves of stress: first beginning in January as their families faced fears of contracting the virus in the mainland, and then once again in March as the virus spread rapidly across the U.S. In February, when the number of confirmed cases peaked in China, Chinese students self-organized to donate supplies out of worry regarding their families’ and friends’ well-being. As the situation worsened in the U.S., however, many Chinese students found themselves in need of further support, especially for graduating students without full access to medical coverage, and students who had confirmed job offers back in China, to name a few.

In response, China’s State Council Information Office (SCIO) held a press conference in Beijing on April 2nd to brief the media on the health and security of Chinese students living overseas during the COVID-19 outbreak. As the major ministry in charge of the overall planning and implementation of protective policies on Chinese nationals overseas, the Ministry of Foreign Affairs (MFA) has initiated various measures to keep track of Chinese students’ concerns.

Among the most notable measures taken by the MFA was its distribution of protective equipment to Chinese students. Including surgical masks, sanitizing wipes, relief capsules, and other disinfectant protective products as well as educational guidelines on pandemic prevention, over 20,000 health packages were delivered by April 10 to students across the U.S. who signed up. Following the first batch of health packages, a second round of distribution has been initiated by most of the Chinese consulates and embassies in May. According to the Civil Aviation Administration of China’s (CAAC) current plans, over 500,000 packages were expected to be delivered to Chinese international students in 12 countries with large numbers of confirmed cases.

This MFA program has enjoyed a high level of popularity and served to unite Chinese students abroad, which further encouraged patriotic enthusiasm despite the severe shortage of protective equipment. The hashtag “Chinese students overseas posting pictures of health packages” soared to the top 10 list of trending hot topics on Weibo. Within 2 months of the hashtag’s initial posting by the People’s Daily on Weibo, it had received 420 million views and 41 thousand related posts. Many Chinese students who received the “health packages” have expressed a greater willingness to return to China and give back to the motherland after graduation, which demonstrates the initiative’s success in both protecting overseas citizens’ rights and winning popular support for the central government by optimizing the consolidated Chinese nationalism.

Impacts in the U.S.

Despite the wide applause of the health packages from Chinese students, skepticism about China’s intentions is more widespread in the United States. Rumors have been swirling that relevant U.S. authorities were “deliberately delaying the approval procedure,” and that more than 60,000 health packages have been “stuck in ports for over a month.” Moreover, the United States is concerned that the distribution of free protective materials to China’s own citizens may further develop into  “donation diplomacy” to countries including the U.S., which would help China win the role as global leader in battling against the pandemic through propaganda.

This suspicion, embraced by many American officials, has deteriorated bilateral relations and could reverse Chinese PPE donations’ efforts to alleviate severe shortages of protective gear among U.S. medical workers. Washington officials reportedly have spent weeks discussing whether to accept China’s donations from the MFA, and how the acceptance would potentially reshape the narrative of the crisis.

A wiser method to evaluate the impact, however, would be to dig deeper into how the health package distribution fits into the broader effects that China’s other recent measures had on Chinese students studying in the U.S. On March 26th, the CAAC issued a notice on further restricting international passenger flights, which was later known as the “Five Ones” policy. It stated that “each [one] Chinese airline is only allowed to maintain one route to any [one] specific country with no more than one flight per [one] week,” and vice versa for incoming flights. This has led to a soaring number of international flight cuts.

With the very limited number of flights, tickets have reached sky-high prices, leaving Chinese students who planned to fly home with nothing but risky options that could evolve into even more immediate threats than COVID-19. On June 2nd, 22 Chinese students were said to be threatened by an armed force at Zurich International Airport to be sent back to the U.S. due to restrictions on their transfer flight to Singapore on the way to China. With expiring U.S. visas, over a half of these students were faced with either potential prohibitions of re-entering the U.S. or a series of sanctions from Switzerland for violating local regulations.

From the perspective of mounting domestic pressure for the government to strictly control for increasing cases, it is understandable that international flights to China have been tightly regulated. Yet in the case of Chinese students in the U.S., the MFA might have been able to play a series of “combo policies” (zu he quan) that would better serve the health and safety needs of Chinese students, by incorporating the “health package” distribution into measures of other involved departments.

Given the agreement between the MFA and the CAAC on temporarily using passenger aircraft for cargo transportation to ship the health packages, that also potentially opens the option to use said aircraft for chartered passenger transports on their way back to China. Without a set of more well thought-out and coordinated policies that followed, the health package distribution resembles more a successful one-time consular protection than a well-rounded policy consideration. Without engaging other related departments, it has left a limited impact both on Chinese students and the U.S.

Aside from the institutional inadequacy, the failure of incorporating health package distribution into collaborative measures of other departments can be partly attributed to the MFA’s oversight regarding current U.S. domestic politics. Unlike average Chinese citizens and U.S. China experts who seem to have adequate understanding about the United States and China, respectively, the case with average Americans and Chinese U.S. experts’ perceptions is quite the opposite. On June 3rd, the Trump administration announced that all commercial passenger flights by Chinese carriers will be banned starting June 16th, and popular views have taken it as a response to China’s prevention of U.S. carriers from resuming flights to China. However, labeling this move as mere retaliation against China is almost as ill-informed and presumptuous as concluding that the health package distribution is purely a propaganda-oriented gesture of Chinese officials who stopped short of making real efforts to help Chinese students return to their homeland.

With the presidential election coming up in November, anything political, economic, or even cultural can be used to sway voter behavior. The drastic policy shift on Chinese carriers to a large extent seems to have resulted from U.S. top airlines circling between Democrats and Republicans by exchanging their employees’ votes for Payroll grants and business profits from their flights to China.

The response from China came almost overnight. On June 4th, the CAAC announced loosened restrictions on foreign airlines, giving passengers more options with their flights back to China. After a few rounds of bargaining during the week, on June 15th the two countries reached a mutual agreement of four weekly flights. Even so, strong dissatisfaction with the “Five Ones” policy has already weakened mass support gained by the health package distribution. With this unexpected backfire as a lesson learned, the Chinese government, specifically the MFA, needs to overcome institutional friction and be more proactive while taking the changing dynamics of foreign countries’ domestic politics into consideration in terms of future decision making on foreign affairs.

Qiao is a Master of Chinese Economics and Political Affairs student at UCSD’s School of Global Policy and Strategy, specializing in Chinese Politics and Public Policy. She graduated from China University of Political Science and Law with an LL.B in international politics. Her research focuses on Chinese state-society relations, e-governance, and the integration of China’s Greater Bay Area. 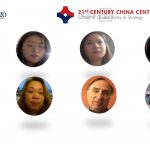 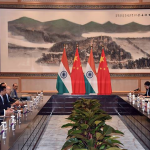 India-China Skirmish: A Minor Flare Up in a Major RivalryMilitary, Politics