The Highs and Lows of “Pauk-Phaw”

Lying in Southeast Asia, with China to its northeast and the Andaman Sea to its south, Myanmar plays a unique role in the Belt and Road Initiative as the largest country in the area.

“Pauk-phaw” is a word in Burmese that means compatriots or relatives, which witnessed the strong bonds established by the leaders of the older generations of China and Myanmar. Since 2016, China has become Myanmar’s most important investor and largest trading partner. Due to China’s rising labor costs and industrial upgrading, Chinese factories, especially those engaged in Original Equipment Manufacturing (OEM) and foreign trade, have chosen some Southeast Asian countries as their ideal investment area.

Since Myanmar’s new Foreign Investment Law was promulgated in 2012, a large number of Chinese enterprises in the labor-intensive manufacturing sectors have moved their factories to Myanmar, attracted by the low labor cost and preferential trade access to the EU and US.

According to statistics from the Myanmar Garment Manufacturers Association, the garment industry has become Myanmar’s most important foreign exchange earning industry. According to the preliminary statistics of the Economic and Commercial Office of the Chinese Embassy in Myanmar, there are more than 600 garment factories in Myanmar, with about 500,000 workers.  300 Chinese funded factories employ nearly 300,000 local laborers.

However, the flow of foreign factories also brings in more labor issues. While these issues are faced by all who choose to invest in Myanmar, China, as the largest investor, faces them the most.

Strikes have become regular and have caused trouble in many factories. “It is a surprise if you do not see a strike in the industry park!“ said the chief editor of Golden Phoenix, the biggest Chinese media in Myanmar which has been focusing on the labor issue for a long time. “Small strikes can be seen almost every day, and there will be 2 or 3 large-scale strikes every month.” Recently, a  strike with 1800 workers participating against Sumec Corporation has lasted for 24 days, leading to a total loss of almost $1 million to the company. In the worst-case scenario, companies can declare bankruptcy due to frequent strikes.

The reasons behind severe strikes are complicated. Labor unions, governmental policies, cultural differences, and poor public relations all play a role. Currently, there are many labor unions in Myanmar, like CTUM and MICS, organizing workers to fight for their interests and rights.

The striker can be very skillful. “Some labor unions may even infiltrate people into factories to incite a strike on purpose.” according to the manager of the Huaxia Hat Industry Myanmar branch factory. “First, they will assess whether the factory is suitable for planning a strike or not. Second, they contact members inside the factory to take action. From the surveillance video clips in the Sumec strike, we saw that they are highly organized —— they used the umbrella to cover the monitoring camera in advance and took the managers’ cell phone away to prevent him from recording audio.”

There are also a series of preferential regulations which are in favor of local workers. In terms of contractual constraints, employers have to pay the whole day’s wage even when workers only work half of a day. In contrast, when workers break the contract, the cost is typically borne by companies —— because if companies choose to prosecute the workers, they have to pay much more than that.

In terms of salary, the government has set a minimum wage standard. According to Myanmar Labor Law, the foreign factories were obliged to pay 3600 kyat per person per day at least in 2016-2017, and the amount skyrocketed to 4800 kyat in 2018-2019. Rising salaries puts enormous pressure on factories, as Myanmar workers’ efficiency is typically only about 30% of Chinese workers’. Factories can hardly make any profits, let alone giving other welfare requested by labor unions.

Workers face cultural differences and are not receptive to the typical imperious Chinese management style. Raised in a different culture, Burmese workers pursue a more peaceful lifestyle. In the workforce, they are more laidback. The management of Chinese managers who used to supervise more efficient Chinese workers can be viewed as pushy and imperious in the eyes of Burmese, which can be the main reason for many labor conflicts.

When asked, Chinese managers often describe local workers as “好吃懒做” meaning “gluttonous and lazy” and some Chinese factories managers are used to insulting subordinates with rude words, a more common practice in Chinese factories. Differences in language and customs further increase the difficulty of settling disputes.

Recently, more and more Chinese managers have realized the importance of respecting cultural differences and local workers. “I treat staff like my own children,” said a shoe factory owner, “In order to keep our staff, we cannot adopt the Chinese traditional management model.” factories are getting more aware of the importance of maintaining a good relationship with their staff, and they are making improvements.

Some factories carry out training programs to improve Myanmar staff skills while teaching Chinese staff about cultural taboos. Some factories organize activities on important festivals of both countries to enhance communication among staff. Factories also have become more aware of the importance of religion in Myanmar. Many factories set up a specific place for worship, and Chinese managers will accompany Myanmar employees to the temples.

Factories have begun to establish Workplace Coordination Committees to settle problems among staff instead of involving labor unions. “We engage three worker delegates and three administrator delegates in a WCC,” said the owner of a hat factory, “once there are conflicts between workers and administrators, we can get to know each other the first time and think of measures to solve.” To some degree, WCC bridges the gap and enhances communication between the two sides.

Factory owners have begun to conduct serious research to understand Myanmar culture and customs before setting up factories. By communicating with other owners of factories in Myanmar in WeChat groups and consulting local lawyers, a hat factory owner managed to write a Myanmar introduction brochure including all cultural aspects of Myanmar and potential labor challenges, before he set up the shoe factory. “We have learned a lot from failure.” said by a shoe factory owner.

Factories are also giving donations to orphanages and temples to improve their image. Through involving employees in the local charity activities, the mutual prejudice is reduced. “While the flood happened in 2018，we made some donations to local people… However, I do not think we need to let everyone know what we have done… We just go there and hand our supplies to the local department.” also said by administrator of Yasheng Shoe Industry Myanmar branch factory.

The visit to Myanmar by China’s President Xi Jinping sparked interest in more and more Chinese people to invest in Myanmar. “Pauk-phaw” means taking hands together and trying to build a promising future for both sides. However, China and Myanmar will have to learn from each other to reach a win-win outcome. By respecting cultural differences and listening to their workers, Chinese factory managers can continue to improve both their own businesses and the continued economic development of Myanmar.

Xinyi Lyu is a student at the School of Journalism at Fudan University, majoring in Journalism, with second major of International Relations and Public Affairs.
Yu Wang graduated from Xi’an Peihua University in 2010, with a major in Human Resource Management, now working as a human resource manager in a water supply company.
Xinru (Emma) Li is an undergraduate student at University of International Business and Economics with a focus on Corporate Finance.

All the names listed in no particular order.

China House is a Chinese NGO aiming to integrate China into global sustainable development. It does research to understand overseas Chinese businesses and Chinese communities in the Global South, mainly in Africa, Latin America, and Southeast Asia. With such understanding, it conducts conservation and social projects to connect overseas Chinese with the sustainable development of the local community. It also hopes to cultivate a new generation of Chinese global citizens by engaging them in these research and projects to promote the development of both China and the rest of the world. 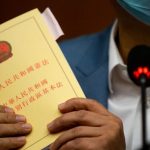