Behind the Scenes of the UC San Diego US-China Forum

Before you get into the article, here are the 15 takeaways from the UC San Diego US-China forum.

Politics is the art of grandstanding. Add to this the inherent complexity of the US-China relationship—a tangled web of diplomatic, economic, historical, and geopolitical dynamics between the world’s two great powers—and you have a recipe for misconceptions that are not easily dispelled. UC San Diego, in conjunction with the School of Global Policy and Strategy and the 21st Century China Center, created the first ever UC San Diego Forum on US-China Relations for one week in August to bring together experts from the United States in different fields as well as delegates from China to discuss the state of US-China relations. The Forum featured discussions on the topics of domestic politics, technological competition, and security relations.

It was a special opportunity to hear the participants’ insights on the otherwise opaque inner workings of Chinese domestic politics. The media—Chinese state-run outlets in particular but Western media as well—is prone to portraying China as a unified monolith under Chairman Xi’s absolute command, so it was especially interesting to hear about the domestic pressure confronted by Xi. Though deteriorating US-China relations have weakened the Chinese Communist Party’s liberal wing, the trade war has taken its toll on China and the incipient notion that the country should have waited longer to gather more strength before asserting itself more forcefully in the international arena directly challenges Xi’s legitimacy as leader. Surprisingly, one Forum participant asserted that it is far from a certainty that Xi will continue to hold power come the 20th CCP National Congress in 2022.

Unrest in Hong Kong is among the most pressing issues that Xi faces aside from the trade war, and those present at the Forum were fortunate to be able to listen in on the enlightening discussion on what has become such a contentious issue. Despite recent news that Chinese troops are being assembled near the Hong Kong border, Forum participants were of the opinion that Xi is unlikely to take any drastic measures. Once mainland troops get involved, Xi takes full responsibility for the situation in Hong Kong. Xi is currently in the relatively favorable position of being able to deflect criticism over the situation onto the local Hong Kong government. His primary interest lies in making sure that displays of popular political dissatisfaction do not spill over into the mainland. It appears that he has been successful in this regard considering the lack of sympathy expressed on Chinese social media for the Hong Kong demonstrations.

In a discussion of how Chinese officials view President Trump, one participant’s anecdote stood out. In a conversation with a Chinese official on the subject, the official laid out a litany of condemnations of the current US president: he is deceitful, aggressive without cause, and entirely unpredictable. But at least he is, the official continued, not Hillary.

The Forum’s consensus was that whereas Trump has mainly utilized trade pressure in what has been an unprecedented turn in US-China relations in the direction of outright antagonism, a Clinton administration would have led an international coalition in using the banner of human rights as a cudgel against China. US-China relations have changed fundamentally with China’s rise. The methods may differ, but leaders of both parties are solemnly committed to confronting China. This growing consensus may even be the antidote for America’s domestic political fractionalization. The prospect of Chinese international dominance could make the costs of dysfunctional partisan bickering too great for the US.

Along with discussion of China’s domestic politics, the Forum included dialogue about the technological competition between the US and China. Experts in the technological field discussed the future of 5G in China and the US as well as the prospects of China’s high-tech industrial policy. Participants expressed that although Huawei is known as a leader in the 5G arena, companies in the US, such as Qualcomm, are on an even playing field in terms of 5G development. As for China’s high-tech industrial policy, it is rather elusive and hard to track, and the plans set by the Chinese government are mostly goals and visions rather than distinct plans. From the US perspective, although China is quickly developing its technologies, the US has an advantage in many areas and should not fear Chinese technological development in its current stages.

The tone of the discussion became somewhat more ominous as it turned to the subject of US-China security relations. Participants drew historical analogies, with the Cold War being a natural point of comparison for the current landscape. However, the ultimate consensus among the participants at the Forum was that no comparison should be made between the two time periods. There are stark differences between the conflicts, such as the degree of economic interdependence between the US and China today that dwarfs that between the US and the former Soviet Union. These stark differences help us understand why the US and China will likely never enter into a Cold-War-type relationship. The major question forum participants grappled with was: What are the goals of this conflict and the outcomes both countries hope to achieve? Participants seem to believe that, unlike during the Cold War, coexistence is the primary objective of this conflict.

The Forum’s discussion of the Thucydides Trap underlined the gravity of current circumstances. American representatives expressed the importance of not overmilitarizing this conflict, and Chinese participants made it clear that war with the US would not be feasible given the current state of China’s military. They added that Xi’s goal for increasing China’s military capabilities is limited to taking back the territory that China has long claimed dominion over. During these security discussions, the issue of Taiwan remained conspicuous; however, the Chinese participants’ desire for mutual understanding was clear throughout. The Forum highlighted that, despite all the rhetoric of competition, war was never declared to be inevitable, or even probable. War would invariably be a tragedy for both sides, and events such as this Forum are instrumental in maintaining mutual prosperity.

Overall, strategic dialogue is extremely important in the US-China relationship. Participants stated that strategic dialogue between the US and its like-minded allies is just as important in this conflict as that between the US and China. It is also important that the US play to its strengths, which participants claimed is how the US has succeeded in the past. They asserted that the US is a diverse society, and that diversity has been a major benefit to Americans since the Civil War. The US must look at diversity as a strength and stay true to its values in order to successfully navigate through this conflict.

The China Forum contained rich discussion that left us with lots of answers, even more questions, and hope for what the future of these two countries holds. 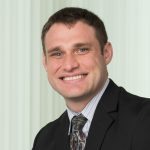 Ian is a student at UCSD’s School of Global Policy and Strategy (GPS) in the Master of Chinese Economic and Political Affairs (MCEPA) program whose emphasis is on Chinese security. He graduated from the University of California, Riverside (UCR) in 2010 and spent more than five years teaching English in China. His interests include international relations theory, political philosophy, and Cantonese. 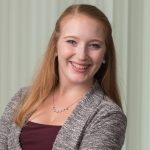 Rachel is completing her last year of the Bachelor of Arts/Master of International Affairs (BA/MIA) program at the School of Global Policy and Strategy focusing on International Economics and China. She recently completed an undergraduate thesis about surveillance mechanisms in smart cities around the world. After graduating from GPS, she plans to return to China for one year to improve her language and conduct research. Rachel’s career goals include national security, smart cities, and global education.