US-China Symbiosis in the 21st Century?

What is the outlook for US-China symbiosis? On February 14th, 2019, the 21st Century China Center hosted Joe Tsai, co-founder and executive vice chairman of Alibaba Group, to discuss the future of US-China relations at the center’s annual Sokwanlok Distinguished Lecture on China. Mr. Tsai and former deputy assistant secretary of state, Professor Susan Shirk, discussed the current tensions between the US and China and the future of symbiosis between the two countries. China Focus presents three viewpoints on the dialogue.

Mr. Tsai’s viewpoint, although sympathetic and thoughtful, fails to take into account the deeper causes of the US-China trade dispute. Mr. Tsai has claimed that the current tensions are driven by two primary factors: bilateral miscommunication and the United States’ hostility towards China as a rising power — the Thucydides’ trap. Those factors certainly contribute to the current standoff, but I believe our current predicament is due primarily to China’s increasingly provocative posture in the recent years, especially regarding economic protectionism, human rights, and maritime security.

It is worth noting that the tension between the US and China started way before the Trump Administration got elected in 2016, contrary to Mr. Tsai has claimed. In terms of international trade, there have been numerous complaints since the early 2010s of China ignoring the rules set by the WTO when negotiating with foreign businesses.

On the topic of regional stability, there has been increasing wariness from China’s neighbors with China’s transgressions in South China Sea, not to mention international criticism of China’s handling of human rights issues. Thus, it could be said that the trade war is merely the latest of long-building tensions between China and the United States.

There is a belief that the United States’ hostility is driven entirely by the Republican-backed Trump Administration. However, the truth is that the resentment against China is not merely a Republican stance, but rather a bipartisan one, due to the long perception of unfair practices from China. Hence, we can expect this type of tension and hostility to be the new norm, with the trade war only the start of a deeper economic “uncoupling” between the two countries.

Although China has indeed improved in many areas, such as addressing intellectual property theft, we are unlikely to see the end of tensions unless China addresses fundamental grievances and makes credible commitments to follow international law.

In discussions about the deterioration of US-China relations, the Chinese government’s efforts to drive structural change in China’s society and economy have been largely neglected.

On the one hand, the Chinese government has improved conditions for foreign investment and international trade. Mr. Tsai emphasized the substantial improvements in intellectual property right protection, quoting research from Nicholas Lardy at the Peterson Institute suggesting that China ranked second globally in paying licensing fees for foreign intellectual property. China proposed a foreign investment law last year that includes a ban on forced technology transfer. Meanwhile, the US has adopted a double-standard, accusing China of restricting foreign involvement in the ICT industry while encouraging bans on Huawei technology in the United States. It is telling that the UK and Germany have rejected such a boycott.

On the other hand, China’s structural changes have not been fully recognized. Tsai points to the growing middle classes’ increasing demand for imports and the US bilateral trade surplus in services as evidence for optimism about China’s market liberalization. In China’s self-professed economic model of “socialism with Chinese characteristics,” the world has long been fixated on “socialism” while neglecting the “Chinese characteristics,” which Tsai interprets as entrepreneurial spirit and free market values. He also believes that this growing consumer demand will ultimately correct the overall trade deficit with the United States. But if the US steps out, the E.U. and Japan are willing to fill the vacuum.

If the US keeps neglecting the efforts of Chinese government on improving their standards and regulations as well as the potential changes driven by the booming middle class, the deadlock is less likely to be understood correctly, and even less likely to be solved.

The problem with the mainstream pro-China and pro-America views is that they ignore a basic aspect of the Sino-American relationship; that is, the normative arguments of who is right or wrong in the trade conflict is of lesser importance than the reestablishment of a productive commercial relationship.

It is true that Trump’s trade war – however destructive it may be – may be necessary to rebalance the relationship between China and America. Prof. Shirk notes long-standing, valid grievances on the American side in regards to trade, IP and technology theft, and barriers for foreign companies attempting to enter the Chinese market.

However, Mr. Tsai is right to point out that China has already made significant concessions as a result of the trade war. Moreover, since China is the world’s second largest economy and a growing superpower, the US simply cannot force China to completely adopt its views on trade, politics, national security, or any other field. At best, the American side cannot hope for total victory, but a gradual and partial move by China toward complying with its existing trade commitments.

If neither side can bring itself to compromise and the trade war prolongs, a dark road lies ahead. Not only will the economies of both countries be damaged, but as Mr. Tsai hinted at, the two country’s relationship will become more and more focused on confrontational geopolitics instead of cooperation. This is a future that nobody wants, but which seems increasingly likely.

But if the US can accept a partial victory in the trade war, then this relatively short period of conflict between the US and China may well be worth the current disruption. Mr. Tsai believes that within six or nine months, voices in the Trump administration will call for a more conciliatory approach to China. If this is the case, and if China makes good on the concessions it has promised thus far, then the Trump administration should heed these calls and begin rebuilding the Sino-American relationship. With some real work, China and the US may be able to return some measure of symbiosis to the relationship. 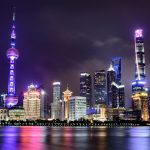 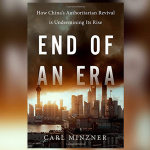