Not since before 1971 has there been a more difficult time to talk about Sino-U.S. relations. That makes a film like Better Angels, a new documentary on U.S.-China relations, more important than ever. Better Angels tells the stories of ordinary people connected with the U.S. and China: a U.S. football coach teaching high-schoolers football in Shanghai; a Chinese businessman who overcomes his prejudices to become a guide for Chinese tourists in the U.S.; a cast ranging from scientists to primary school students connecting the U.S. and China through their daily lives.

These stories highlight the importance of people-to-people ties when official relations are tense. The film shows a Chinese businessman in the United States who used to think of the U.S. as a country filled with crime and chaos. But after going to the U.S., his life and worldview are completely changed; he now he works in the U.S. introducing the real America to Chinese tourists.

Elsewhere in the film, an American teacher goes to Shanghai to work as a foreign language teacher. Through his eyes, we see both the western-style elite schools in Shanghai and traditional schools in China’s inland provinces. His experience in China with his wife, who is Chinese, tells a more complicated story of China than is often portrayed in the media.

These stories show how people-to-people ties persist despite swings in the official relationship. The reality is that most aspects of life are apolitical: sports, academic life, food, tourism, movies. When directly engaging about politics is difficult, there is still room for people to build connections.

Globalization has brought together Americans and Chinese, particularly young people. Chinese students are attending U.S. universities in record numbers. American students can now meet more Chinese friends on campus, learn Chinese at schools offering Chinese language programs, and pursue careers in China. This was something that people in 1971 might have thought impossible.

In the past, the official relationship strongly affected Chinese and American attitudes toward one another. But this is changing with the arrival of a more open and connected era. In China, I can exchange messages with my U.S. classmates on my iPhone, have American food for lunch, and wear American clothes. Classmates, food, clothes, a smart phone – they are not U.S. itself, but they add up to a more positive image of the U.S. in my mind. My view of America stretches beyond official propaganda. This is a new gift from our era, and we should make full use of them to strengthen people-to-people ties.

In 1971, ping-pong diplomacy was the first step towards normalizing U.S.-Sino relations. Today, Chinese high schoolers are playing American football in Shanghai. Our countries are facing diplomatic challenges again, but Better Angels shows that people-to-people ties are stronger now than ever before – something that should give us hope. 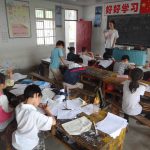 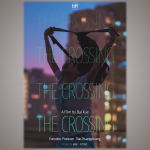