From Win-Win to Lose-Lose: how technology is reshaping U.S.-China relations

“As President Trump has made clear, we don’t want China’s markets to suffer. In fact, we want them to thrive. But the United States wants Beijing to pursue trade policies that are free, fair, and reciprocal.”

“China will continue to grow an open economy for win-win cooperation, and it will embrace an open world economy and the multilateral trading system and reject protectionism and unilateralism.”

At first glance, these quotes might lead one to the conclusion that they were drawn from a transcript that recorded a conversation between the two leaders. Evidently, messages from these speeches, delivered many continents apart, were targeted at elite Chinese and American audiences not present at those events. Both speeches touched on the rapid pace of China’s technological development and in their own distinctly indirect manner, addressed the consequences it may have for U.S.-China relations.

Statistically speaking, the pace of China’s technological advancement has been nothing short of astounding. In 1988, Nicholas Kristof wrote in the New York Times that “a bicycle is the key to enjoying Beijing.” These words continue to find resonance even up until today, only this time a bike need not cost the average Beijinger several months of his or her wages. Indeed, in his recent book on the development of artificial intelligence technology, Kai-Fu Lee notes how China now accounts for 68% of global demand for bike-sharing and ride-hailing apps. Additionally, the World Economic Forum reported that China’s spending on research and development grew by an average of 18% per year between 2010 and 2015, four times faster than that of the U.S. Indeed, I have had the opportunity to witness various manifestations of these statistical facts. During my visit to Beijing in 2015, I paid for breakfast, topped-up my prepaid SIM card and communicated with friends using only WeChat. This left me as astonished as I was confused.

The notion of conflicting emotions is an apt metaphor that can be used to unpack U.S.-China economic relations. The U.S., under President Obama, collaborated with China on a host of economic issues at the same time as it very publicly chastised cyber-espionage which Pentagon officials suspected would be used to enhance the country’s military capabilities. Similarly, China lauds the importance of free trade and open markets whilst providing financial support to its state-owned enterprises. At a more fundamental level, this doublespeak has led both countries to practice the politics of insecurity, sure in the uncertain assumption that each secretly intends to cause the others’ demise.

It is unsurprising that the U.S. feels threatened. It has been quite awhile since the country faced a serious peer competitor who is or will be able to match its capabilities on multiple fronts. One might even go so far as to say that the U.S. finds itself in a very uncomfortable and frightening position of having to transition into a far less unipolar status quo. This has manifested itself in U.S. anxiety over the South China Sea, the Asian Infrastructure Investment Bank (AIIB) as well as the Belt and Road Initiative (BRI). The launch of the Made in China 2025 (MIC 2025) initiative, first announced by the State Council in 2015, has thrust the technological aspect of this competitive dynamic into the media spotlight.

To be fair, the U.S. does have reasonable grounds to question the endgame of China’s technological advancement. First, the language that China has used to frame MIC2025 gives traction to critics who argue that it seeks to dominate global supply chains by benefiting from unfair and unscrupulous industry practices. Clearly, an explicit 70% quota for “self-sufficiency” with regards to the manufacturing of core components and basic materials flies in the face of the logic undergirding globalization and free trade. Beyond violating WTO rules, such actions will no doubt affect various national economies engaged in this tier of high-tech manufacturing. This is compounded by the fact that state-owned enterprises involved in this MIC2025 will likely receive unvarnished access to the government’s financial largesse, a privilege that other economies do not necessarily have. This was not lost on the U.S., whose Section 301 report on China’s trade practices made 116 references to MIC2025’s anti-competitive dynamic. Read alongside China’s Digital Silk Road Plan which incentivizes countries that receive development funds to adopt Chinese technological standards and to employ Chinese companies, there is a sense that the MIC2025 will pose an even more serious long-term threat to U.S. economic interests if it succeeds.

Second, the manner in which MIC2025 has been conducted has given ample cause for the U.S. to worry. China, so charges the U.S., has used a potent combination of predatory buyouts, patent extractions and espionage to close the technological know-how gap. In a Council on Foreign Relations article, Lorand Laskai points to the attempted takeover of Aixtron, a German machine manufacturer in 2016. Aixtron’s stock took a hit after Fujian-based San’an Optoelectronics abruptly canceled orders, allowing Fujian Grand Chips to stage a public takeover of the company. The evidence may be patchy, but the fact that both these companies shared a common state investor did little to allay suspicions. More nefarious means of obtaining technological know-how have also cast doubts on China’s purportedly peaceful developmental ambitions. More recently, the Department of Justice announced the extradition of a Chinese national on grounds of economic espionage. Xu Yanjun, a Ministry of State Security official sought to groom aviation experts from the U.S. with the intent of obtaining trade secrets from them. This industry has been singled out as one of ten key areas for development as part of MIC2025. It is also worth noting that experts believe that one key obstacle to the realization of this goal is the fact that Chinese domain knowledge on engine development lags far behind Western competitors.

The Trump administration has sought to pressure China into addressing these grievances through a wide-ranging tariff regime that covers hundreds of billions of dollars worth of goods. Yet this has had the effect of transforming a localized issue area into an existential one. Foremost, the very public nature of the trade war makes it difficult for both Chinese and American leaders to back down. The decision to cast the battle in highly nationalistic terms threatens to make the rational act of compromise look weak to domestic audiences. Second, the all-encompassing nature of the tariffs makes it difficult to obtain the side-payments that the U.S. seeks. Matt Sheehan from MacroPolo rightly points out that this move might actually result in a pyrrhic victory where the U.S. accepts greater access to the Chinese market but fails to rectify questions about intellectual property and domestic market structures. More problematic is the fact that the longer the trade war drags on, the more it saps the goodwill that citizens on both sides of the divide. Everyday discourse has already begun to shift, with greater expression of discontent, irritation and distrust about the actions and intentions of the other side.

The choice to proceed with a costly trade war when other policy options were available has served to reinforce Chinese suspicions that the U.S. seeks to contain its rise as a great power. U.N. economists Richard Kozul-Wright and Daniel Poon note how the economic development strategy represented by MIC2025 makes perfect sense if one looks at China’s concern about what Dani Rodrik calls ‘premature industrialization’, a situation where countries turn into service economies without having gone through a proper experience of industrialization. Indeed, where China sees a need to address a crucial domestic economic issue, the U.S. sees a broader existential threat that necessitates a winner-loser dynamic.

Initial signs are that these tit-for-tat moves risk hindering meaningful opportunities for win-win cooperation by circumscribing them under the ever-expanding category of ‘national security’. The U.S.’s two-pronged response involves reducing exposure of sensitive technologies to China and actively blocking acquisitions with the intent of slowing the rate of China’s technological development. In this regard, the Committee on Foreign Investment in the U.S. (CFIUS) has been the tool of choice for both the Obama and Trump administrations. Its constant use, while generally prudent thus far, risks creating an environment where all economic interaction becomes drawn into a national security debate. This risk is particularly salient when one considers that 33% of the Chinese economy consists of state-owned enterprises and that private firms have to acknowledge overarching state prerogatives in their decision-making processes.

One such manifestation of this misdiagnosis is the DIUx report on Chinese venture capital (VC) investment. In identifying Chinese VCs as a potential threat, the report not only limits access to capital for U.S. firms, but as Sheehan argues, also locks the US out of increasingly global innovation networks. Beyond the economic sphere, recent anxieties about the threat China poses to national security has resulted in ill-advised policy discussions to tighten visa restrictions on Chinese students.

Likewise, on the Chinese end, there are signs that political imperatives have increasingly entered the decision calculus of private firms. In 2015, GitHub, a platform used to host programming code, became the victim of a cyberattack when its website was flooded by redirected Baidu traffic. The attack was ostensibly a product of an on-going clampdown on access to banned sites such as the New York Times, which GitHub provides access to.

Instead of focusing energies on immediate concerns about the military threat that Chinese technological development poses to the U.S., emphasis should be placed on the increasingly real threat posed by a large-scale, non-conventional conflict. Both sides are investing more in offensive cyber-warfare capabilities. The U.S.’s Department of Defense has adopted a more proactive “Forward Defense” capability, giving the U.S. Cyber Command a freer hand to attack would-be hackers. China has similarly focused on developing cyber-security capable of paralyzing critical information infrastructure.

This threat has been enhanced given the lack of a clear agreement on state conduct in cyberspace. An attempt last year to forge a global consensus at the United Nations failed due to the differing expectations among states. This is yet another potential future flashpoint in U.S.-China relations.

Worryingly, this competitive dynamic between the U.S. and China has, in recent years, taken an increasingly ideological hue. What the ongoing debate really speaks to is the deeper conflicts regarding both nation’s values and identity. Arguably, the United States’ globalized vision of liberal democracy grates against the Chinese interpretation of national sovereignty. Indeed, Vice-President Mike Pence sounded this alarm when stating that “China has built an unparalleled surveillance state, and it’s growing more expansive and intrusive.” Evidently, disillusionment regarding the failure of the Internet to liberalize China has slowly transformed into fear about what the Chinese example could entail more globally as it advances technologically. In 2017, Chinese state media announced that the country will be cooperating with Saudi Arabia, Egypt, Turkey, Thailand, Laos, Serbia, and UAE to “build an interconnected digital Silk Road.” It would not be too far-fetched to imagine that China would export surveillance technologies to these countries should there be demand for it.

Commentators, particularly in the wake of Pence’s Hudson Institute speech, have begun to characterize the growing competition as “Cold War 2.0.” Though I believe that this comparison mischaracterizes the relationship between both nations, it does help us to recall how misperception and the lack of dialogue between two powers from 1945 and 1950 led to a series of hostilities that only ended in 1991. If this were to occur, no one should expect anything more than a lose-lose outcome. 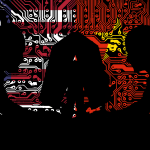 On the Cusp of a New Cold WarEssay Contest, Technology