This three-part article series will discuss the 19th National Congress of the Communist Party of China from the perspective of Taiwan, focusing primarily on Taiwan’s government, academic, and media reactions.

The People’s Republic of China is Taiwan’s largest trade partner and biggest threat to Taiwan’s sovereignty and security, and Xi Jinping made several remarks directed towards Taiwan over the course of his speech, prompting official responses from Taiwan’s government, including rare public remarks by President Tsai, an in-depth discussion in the Legislative Yuan by Premier Lai, and a statement by the administrative unit managing relations between Taiwan and the PRC. In particular, Xi stated that the Taiwanese side must accept the 1992 Consensus as a condition for further cross-Strait engagement, mentioning the issue four times.

The 1992 consensus is a term used to refer to the outcome of 1992 talks between ROC and PRC quasi-official representatives. However, there is no documentation of what exactly the consensus consisted of, leading the KMT in Taiwan and CCP in the PRC to define the 1992 Consensus differently. Meanwhile many in Taiwan, particularly those in Tsai’s ruling Democratic Progressive Party, argue that such a consensus does not exist, on various bases; firstly, the 1992 talks were held prior to Taiwan’s democratization, so they could not be representative of the consensus views of the Taiwanese people; secondly, the fact that KMT and CCP leaders vary in their description of the 1992 consensus makes committing to such a consensus challenging, if it does indeed exist. The lack of concrete documentation makes it challenging. Polls on Taiwanese opinion on the 92 Consensus vary over time, but none show a majority or even plurality of public support for the 92 Consensus among Taiwanese.[1] Thus, it is unsurprising that Taiwan’s current government has generally avoided commenting on the issue which is politically unpopular and not salient in Taiwan at this time.

In a rare direct statement, President Tsai spoke at a meeting celebrating 30 Years of Cross-Strait Exchange in Taipei. President Tsai stated that she hopes for improvement in cross-Strait relations. She stated her intention to promote peaceful and deeper cross-Strait relations while noting [we] will not bow to pressure. She expressed her desire for both sides to further peaceful cooperation while reducing the tools of enmity and war[2].

When asked about the 92 consensus during a Legislative Yuan session, Premier William Lai stated:

Yosi Takun, a legislator from the opposition KMT party, argued We have an unspoken agreement with the other side. We don’t necessarily need to say it aloud. Premier Lai responded: We must face this issue honestly. This has to do with the direction of our country. It isn’t like we are all good friends and we can just put up with it.

The Mainland Affairs Council (MAC), the main administrative unit managing cross-Strait relations, issued a statement on October 18 following Xi’s speech. MAC stressed that the Republic of China is a sovereign state, and that the future of Taiwan will be decided by the 23 million people of Taiwan. It stressed that Taiwan is a democracy, and CCP attempts to unilaterally enforce a One China Principle or One Country Two Systems on Taiwan will be highly unlikely to succeed in gaining broad approval among the people of Taiwan. However, the message was largely constructive and optimistic, stressing the importance of cooperation in spite of their differences, and pointing out how much progress has already been made, stressing the desire for further constructive dialogue rather than a return to the stalemate of past eras. In response to the 1992 consensus issue, the MAC statement acknowledged the historical fact that a meeting was held in 1992.

Xi’s rhetoric towards Taiwan centered around the 92 Consensus issue, defining acceptance of the 92 consensus as the basic requirement for resuming cross-Strait dialogue, which had been severed since President Tsai was elected. However, with low public support for the concept among the Taiwanese public, a lack of a concrete definition of the 92 consensus leading to confusion and ambiguity, and the KMT no longer holding the majority in the executive or legislative branches of Taiwan’s government, progress on the 92 Consensus issue seems difficult. In the years since 1992, Taiwan has changed greatly; holding its first democratic legislative elections in 1994 and first democratic presidential election in 1996. Taiwan is now a flourishing democracy. If Taiwan’s elected officials make policy decisions that do not reflect the will of the majority of voters, they will face being voted out of office at best and mass protest and civil resistance at worst. In fact, KMT overreach of the legislative process in forcing further economic liberalization of cross-Strait ties led the KMT to their landslide loss in the 2016 election. Rational Taiwanese politicians are unlikely to repeat such a move.

[3] Full content of the dialogue between Premier Lai and Legislator Yosi Takun is available here: https://www.youtube.com/watch?v=uGvoVvoPwFw

is a second year doctoral student of Political Science at the University of California, San Diego. Her research fields are International Relations and Comparative Politics, with an interest in Chinese foreign policy. 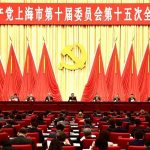 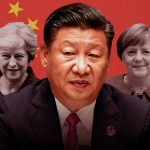 Getting Out of Hand: How China Took the 21st CenturyEssay Contest, Politics