Old and New Minds: The evolving relations of North Korea, China and the US

Following the death of DPRK leader Kim Jong Un’s half-brother, Kim Jong Nam, the Korean Peninsula has seen a chain of explosive incidents: on March 6th, the DPRK launched a missile test on the China-DPRK border aiming directly at the Sea of Japan, which triggered Japan’s protest and worries; on April 4th, DPRK launched another mid-range missile test to demonstrate its mature capability of carrying out strikes against neighboring states, including South Korea and Japan. After the recent Trump-Xi meeting, the DPRK launched a failed missile test of the Musudan medium-long range missile on April 15th, which was demonstrated at the country’s military parade on the previous day.

Altogether, ever since Kim Jong-Un came to power in 2011, the DPRK has been pursuing a much more radical and adamant policy towards China. In these 6 years, Kim Jong-Un has never paid a single visit to China, and Liu Yunshan was the only politburo member of the CCP who paid an informal visit to the DPRK, which took place 3 years ago. Compared to his father, Kim Jong-Un is more confident and ambitious, and seeks more “independence from China”; he rejects the notion that DPRK is “a puppet of China”, and has been increasingly breaking away from the traditional “blood alliance” between China and the DPRK. Knowing that China is always against any tensions on the peninsula, the DPRK has broken with past trends and intentionally carried out twice as much as missile tests than the period before Kim Jong-Un’s enthronement, in an effort to demonstrate its “independence” and demand more assistance from China.

Kim Jong-Un’s “new thought” on his relationship with China has been clear. He began by cleaning out the Chinese supportive faction within the regime (including his uncle Jang Song-thaek), gradually reducing its dependence on China and reach out to other states, including the United States, to break the DPRK’s diplomatic dilemmas on its own. In 2012, during Obama’s first term in office, the DPRK promised to suspend its nuclear test and in exchange gained an American food support of 240,000 tons; however, Kim Jong-Un later resumed the nuclear and missile tests, making the direct meeting impossible. On the other hand, although DPRK still needs China’s economic support to a large extent, it has calculated that China wants to avoid North Korean regime collapse at all costs, and is willing to tolerate missile and nuclear tests. Therefore, the DPRK has nothing to fear, since it has concluded that China will always return as a supporter maintaining the Kim regime’s rule.

China, deeming itself as the protector of stability in the region, voted for imposing economic sanctions in the UN Security Council in 2016, and imposed limits on the DPRK’s coal export to China unilaterally earlier this year. However, China has never taken any more serious actions that could truly jeopardize the DPRK’s economy and trade status, as it has always been reluctant to use sanctions to hurt the regime’s buffer zone between China and direct influence of the U.S. in Northeast Asia. In other words, China still sees the alliance between the U.S., Japan and ROK as its utmost threat in the region. As long as the DPRK stays in line and does not act too radically against China, China can always tolerate it and maintain pressures from the U.S. and ROK. Such is the Chinese “old thought” on the Korean Peninsula ever since the end of the Cold War.

However, this “old thought” has been broken from two aspects: one, as mentioned above, comes from the DPRK’s growing radical and risky missile and nuclear tests in the past years, and its increasing hostility towards China under Kim Jong-Un; the fundamental determinant, however, comes from Trump’s new Korean Peninsula policy in April, before meeting with Xi Jinping at Mar-a-Lago, the new Secretary of State Rex Tillerson released a series of threats of a renewed effort to rein in the DPRK, in which he described that “the diplomatic and other efforts of the past 20 years to bring North Korea to a point of denuclearization have failed. So, we have 20 years of a failed approach.” In addition, U.S. Secretary of Defense James Mattis has also expressed similar attitudes, warning that any use of nuclear weapons by North Korea would be met with an “effective and overwhelming” response. These statements, along with Trump’s own speeches and twitter posts on the DPRK, signal a strong tendency for a revised U.S. policy towards the Korean Peninsula.

The Mar-a-Lago meeting between Xi and Trump had released a clear signal on some kind of consensus reached between China and the U.S. on the Korean Peninsula. On April 16th, a week after the Mar-a-Lago summit, Trump tweeted “Why would I call China a currency manipulator when they are working with us on the North Korean problem? We will see what happens!” Given that labelling China as a currency manipulator and imposing sanctions on China’s trade surplus were two major promises that Trump has made to the constituents during the election, it is safe to deduce that Trump’s back off suggests that both countries have reached an unprecedented, important agreement on dealing with the DPRK.

In a press conference on April 21st, Lu Kang, spokesperson of the Chinese Ministry of Foreign Affairs, answered questions on Trump’s praise of China on DPRK affairs: “the Chinese and US presidents had a thorough and in-depth discussion on the Korean Peninsula nuclear issue during their meeting in Mar-a-Lago, Florida we have found that after in-depth communication between the two sides at various levels, including the top-level, the US now has a more comprehensive and accurate understanding of China’s policies and stance as well as a better grasp of the efforts China has made.”[1] While “understanding” doesn’t necessarily mean that the U.S. appreciates or supports China’s position fully, the term “comprehensive” and “accurate” does mean that the U.S. has reached some consensus with China on certain aspects concerning the DPRK issue, and it is a progressive signal.

On the same day, the Korean Central News Agency (KCNA) , the DPRK’s state-owned press, published a commentary article named “Are You Good at Dancing to Tune of Others”, in which the author heavily criticized “a country” of supporting the U.S. policy on the DPRK’s nuclear pursuance and imposing economic sanctions, and should “the country” keep dancing to the tune of other people, “it may be applauded by the enemies of the DPRK but it should get itself ready to face the catastrophic consequences in relations with the DPRK.”[2] It is crystal clear that the DPRK is criticizing China, and such a strong reaction suggests that China’s consensus with the U.S. has become a real threat to Kim regime’s survival, since China is still the sole most important trade partner with DPRK. The term “catastrophic consequences” is more like a strong “demand” rather than scolding: if the DPRK regime no longer exists, China will suffer more than anyone other than DPRK itself.

In short, ever since Kim Jong-Un’s coming to power, a series of transitions of traditional thoughts on Korean Peninsula affairs have been initiated through Kim Jong-Un’s “independent” foreign policy. The DPRK wanted to utilize the U.S.-China conflicts to serve its own interests to the largest extent, so that its nuclear and missile tests could be carried out without obstacles. However, Trump’s inauguration and the DPRK’s growing hostility have resulted in the change of American and Chinese positions as well, which could mean that China is less willing to tolerate the DPRK for its actions that threaten the stability of the Korean Peninsula. Should China and the U.S. establish a broader consensus on the matter, the DPRK may really start to fear its domestic stability with both powers exerting pressure, there would be hardly any space for the regime to operate smoothly. 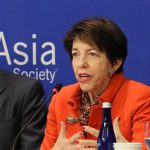 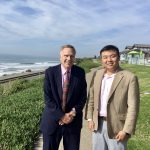