Can Huawei become an innovator?

Huawei is one of the most prominent tech firms to emerge from the Chinese market to compete worldwide. It enjoys a position as a global leader in telecommunication equipment, building networks for the largest mobile operators. Moreover, it ranks third worldwide in total number of smartphones shipped, first in number of patents filed, and is the only Chinese company to make it to the Fortune 500. Its R&D investment exceeded 15% of total revenue in 2015, surpassing giants such as Apple, Oracle, and Facebook[2]. In short, Huawei is a global tech leader with enormous capital and infrastructure for innovation. Yet, Huawei has still struggled to emerge as a true innovator on par with global brands such as Apple.

Huawei's place on the pedestal of global winners is rightly earned. However, if it hopes to maintain this position, it will need to learn to innovate and adapt, just like its Western competitors. And the one single factor that can bring Huawei's progress to a halt is the corporate culture of the company.

The corporate culture did not change from the 1990s, when a military style and wolf culture  of survival of the fittest was adopted. These old pillars of corporate culture were crucial for surviving not only in the Chinese domestic market, but also for competing with global giants, and later, embarking on a challenging journey of conquering foreign markets. Despite the fierce competition in the ICT sector, these days have passed long ago, and now competition is focused on being at the forefront of innovation. Huawei relentlessly modifies its operations and heavily invests in R&D, making sure it will be able to predict new market trends and provide customers with powerful solutions. But it has forgotten to modify how it manages its talents, the main asset of any company. So far Huawei has been using financial incentives to motivate staff. However, high turnover despite higher than average paychecks in the industry tells a different story about the effectiveness of this method. The changing social structure of the company, where the average age is around 27, is also not addressed properly. Huawei recruits top talents, but offers them values that were pertinent to previous generations, not millennials. Moreover, its expectations also hold constant, demanding millennials to keep up with highly stressful and demanding job which they cannot often cope with. Not surprisingly, the suicide rate at Huawei has not decreased. Huawei denies that suicides were caused by work related stress, and argues that mental health of employees is their own responsibility, not a corporate issue. Outdated overly stringent social norms in the company do not resonate with what millennials look for when applying for a job.

Although global, Huawei is still a Chinese company at its core. However, it no longer can afford to stay so, because as technology changes at increasing speeds, internal communications become very critical factor to success. Because Chinese communication is often not explicit, containing numerous undertones and behavioral codes, it can be extremely hard for foreigners to communicate effectively. Western highly praised proactivity and creativity clash against Chinese Confucian tradition with its authority of seniority, when in fact they should be finding ways to cooperate.

So far Huawei has failed to adjust its corporate culture to the changing composition of the staff. The more diversified the staff will be, the more difficult it will be for Huawei to bring everyone to share common values and principles. Moreover, traditional Chinese culture is deeply ingrained in the company, making change doubly difficult. Digressing from its founding principles will mean leaving its identity, which I believe Huawei is unlikely to pursue. The least the company can do is to assume responsibility for creating a healthy work environment conducive to creativity, where employees will not be smashed by cut-throat competition.

One more issue looming over Huawei's internal structure is leadership succession. It is unclear whether the next leader of Huawei will be one of the rotating CEOs, or a family member of founder Ren Zhengfei.[3] The cult of the founder Ren Zhengfei is central to Huawei. However, his daughter and brother, who are on a board of directors, are relative unknowns. Huawei has always been dominated by his strong personality, and having a strong leader seems to be crucial for the company. Therefore, the problem of succession will certainly determine the future of Huawei.

Huawei is a private company, but it has relations with the Chinese government, which are also unclear. It is possible that the government does not want Huawei to be a world leader, because in this case the bar will be very high with no room for error. Assuming a leading role would mean assuming new responsibilities with the rest of the world watching how China performs. It is a huge undertaking for China, because it is a matter of prestige and maintaining face  on a certain level. Huawei may prefer to stay in a more comfortable role of a successful catching-up innovative company snapping at leaders' heels, but not quite ready to head the pack.

In short, Huawei needs to decide what it wants, and how to proceed about getting it. Does it want to be a world leader, and if so, can it make the proper internal and cultural adjustments necessary to become an innovator? How Huawei will ultimately decide to move forward, and whether it chooses correctly, remains to be seen. 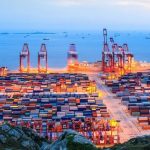 Collateral Damage on the Front Lines of the Trade WarBusiness, Economics