On February 2nd, the official website of the University of California San Diego (UCSD), announced that the chancellor will honor the 14th Dalai Lama as the keynote speaker in the all-campus commencement held on June 17th. The decision immediately triggered objections among many Chinese students within the UCSD community, including the author. Clearly, it is impossible for the author to completely abandon nationalistic sentiment towards this issue, as the territorial and sovereign integrity of China is indeed an important notion for many Chinese students in this campus; but this time, the author would like to present his attitude in a way that is as objective as possible, so that the readers of this article will understand the feelings of the author and many fellow Chinese who oppose the University's decision from a more moderate perspective.

First, the Dalai Lama's reputation as a peaceful  religious leader is not consistent with his high engagement in politics and affair of states. Some say that in the eyes of many in the western world, the Dalai Lama is seen as a master in spirituality and Buddhism, a popular leader of the world; and on the official website of UCSD, he is labeled as a man of peace  who promotes global responsibility  by chancellor Pradeep K. Khosla.

However, the term Dalai  itself has never been a mere title for a religious leader, just as the Pope is never only the leader of the Catholic Church. Before the 1959 rebellion, the Dalai Lama was the leader of the Tibetan government, which held a highly autonomous status under Chinese sovereignty, according to the 17 Point Agreement signed by Chinese and Tibetan officials in 1951[i]. In 1959, the Dalai Lama and the ruling officials of the Tibetan government went against the Agreement and launched a rebellion which was immediately defeated by the Chinese People's Liberation Army (PLA), after which, the Dalai Lama fled to India and established a Tibetan government in exile  with his supporters. From the 1950s to mid-1960s, he and his regime in exile were under US military and financial support, aiming to overthrow the People’s Republic of China. According to the New York Times, the Dalai Lama and his officials admitted to receiving $1.7 million from the CIA during that time[ii], and some of the Tibetan rebels under the regime in exile were trained in the US and sent back to raid PLA forces in Tibet, as an attempt to overthrow the People's Republic of China and its rule in the region.

The author will not judge the Dalai Lama’s choice of actions and partners from a nationalistic approach, but clearly, such histories of rebellion and armed raids can be hardly called peaceful  or shouldering global responsibility . Instead, the Dalai Lama appears more like a chess piece utilized by different forces during the Cold War, as he stood right between the US and China during their most intensive ideological battles. After the mid-1960s, the US began to warm towards China, American aid dried up and the Dalai Lama lost his greatest supporter of Tibet Independence [iii]. This cast the Dalai Lama less as a peaceful bystander and more as a tool wielded by the US to attack China during the Cold War, who violently broke a mutual agreement. His strong ideological background, histories and motives should be carefully scrutinized, not accepted unquestioningly.

Second, given the divergence of opinion surrounding this controversial figure, UCSD should have done more to take Chinese students and their thoughts into account prior to this decision. According to statistics from UCSD's international center, by Fall 2015, UCSD had a population of 3,589 Chinese students, which accounted for 10.6% of the campus community[iv]. Clearly, not all Chinese students are opposed to the decision of the chancellor, but given the fact that the Dalai Lama is a highly controversial political figure among different groups, and that Chinese Students and Scholars Association (CSSA) has made a protest announcement, the university should listen to these different voices prior to making such a decision, without assuming that there would be no objections at all.

UCSD is known as a place of ethnic and cultural diversity, a tolerant place for everyone in the campus. However, the author doesn't see the spirit of tolerance in this decision, but rather ignorance of the voice from a minority group, as all the announcements and protest have received no response until this time, including the author's protest letter. In order to gain respect from others, one must respect others first. If the university wants people to respect its freedom of speech, they should respect and listen to others' speech in the first place.

Third, the decision-making process of this issue is to be questioned. The announcement of honoring the Dalai Lama as the keynote speaker of the all-campus commencement is made by the chancellor's office[v], which means that it was the chancellor's decision to send the invitation. However, all-campus commencement is an important event for all graduating students, and the students should be addressed by a neutral figure, rather than someone who would genders such strong disagreement. Considering this, the author wonders if the chancellor is putting his own personal interest and viewpoints above the mutual interest of all the graduating students, which is not in accordance to the chancellor's responsibility of taking care of the interest of all.

In all, the author respects the US tradition and standard of freedom of speech, and has no intention to change or attack it. However, standing on neutral grounds, respecting and responding to the opinions from different student groups, and making decisions on the basis of the mutual interest of the campus should also be taken into serious account when it comes to the matter of honoring a keynote speaker at the all-campus commencement. 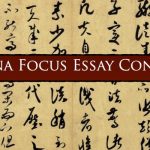