Trade and investment are the two primary engines of economic growth in bilateral economies. Tracing the bilateral economic history over the last twenty years, China's open economicÂ reforms and its enrollment in the WTO pavedÂ the pathway for China to be the United States’Â closest trade partner and the second biggest economy in the global scale.

While both Chinese and US markets have benefited from increasingly liberalized bilateral trade, the volume of active Foreign Direct Investment (FDI) was limited partly due to the aggravating national security concern and strictÂ limitations in specific industries. According to the historical data of the Ministry of Commerce of China, the U.S. FDI in China varied from S2.7 billion to $ 3.5 billion each year during the past decade and only $2.59 billion was invested in China in 2015. This situation could have been changed by removing discriminatory investment restrictions via a Bilateral Investment Treaty (BIT). However, in the past two decades, such an agreement had never been reached because it requires reconciling divergences concerning FDI policies of two countries in their own domestic markets. One word aptly characterizes the negotiation process of Sino-US BIT: deadlock. We believe it is the biggest missed opportunity for US-China economic cooperation.

A successful Sino-U.S. BIT creates benefits for both parties. For China, it is conspicuous that high-quality American products will be more accessible to Chinese consumers via localization. To delve deeper, it exposes Chinese enterprises into an environment of transparent international competition, nudging these industries to be more innovative and competitive. This BIT also accelerates trade liberalization by setting standards for China's investment policies and its relations with the US, which paves the road for China to be qualified to reach the standard of agreements such as the (now-defunct) Trans-Pacific Partnership (TPP). For the United States, first, the BIT restricts China from using regulations that favor Chinese firms or providing subsidies to state-owned enterprises (SOEs) to gain an unfair competitive advantage. Second, it ensures the better protection of intellectual property of American firms by eliminating investment restrictions which require foreign firms to collaborate with Chinese partners ahead of entering into Chinese market. Apart from economic benefits, the Sino-U.S. BIT is also believed to alleviate potential inter-state conflicts (e.g. South China Sea issues) because economic interdependence makes the opportunity cost higher for decision makers to collide with each other.

As the beneficial interest of this deal was enumerated in details, why did the Sino-US BIT become an unreachable target even after eight years of tortuous negotiations? Its difficulty was many-faceted and sprang from a variety of reasons. First, the disagreement over the Negative List, proposed by two countries, was the core issue. China's Negative List was too lengthy to be acceptable by the United States, while at the same time the US Negative List was too rigid to be negotiated for China. Although the Chinese government has signaled its willingness to open more industries for US investors, the US government kept complaining that a laundry list of restricted industries including automobile manufacturing, telecommunications, and banks was unreceptive. OnÂ the other hand, since the United States had shaped a standardized Negative List with higher investment criteria through former negotiations with other countries, the prohibited and limited industries (e.g. domestic air services) on its list had no space for negotiations. The Chinese government's ambition was severely hindered without advantageous bargaining power. These two bidirectional barriers impeded the procedure of negotiation even after the third-round exchanging of Negative Lists, and the two countries were unable to bridge the large gap between them.

The acquisition of Unocal Corporation by China National Offshore Oil Corporation (CNOOC) in 2005, a failed case, was an unfortunate test of a harsh industry prohibition for Chinese investors. While the acquisition had been approved by the Bush administration, the US congress rejected it in the name of national security of strategic industries . Yet, Chevron Corporation, an AmericanÂ competitor, successfully acquired Unocal Corporation afterwards instead, which reflected the intense domestic political resistance towards Chinese State-owned Enterprises in the United States. HadÂ the Sino-US BIT been settled at that time, investment activities like this acquisition would be more likely to have been protected by specific provisions. The same concerns hold true for US investors hoping to invest in the Chinese market. Without the BIT, theÂ freedom of US investors has beenÂ diminishing in the Chinese domestic market. Since the Chinese new national security law was legislated in 2015, foreign investors' concern that Chinese government would censor and manipulate the activities of foreign firms under the claim of national securityÂ has intensified. This panic has formed an unstable atmosphere for US investors who are unsure of whether they should leave or risk breaking vague laws by staying. Decision makers should discreetly regulate FDI and reconsider the limit of legislation power and government function in highly liberalized markets.

However, despite the striking disagreement in specific provisions, both China and US still have a strong impetus to push through the BIT. Since President Xi Jinping took his position in 2012, the Chinese government has underlined again its will of pushing Chinese enterprises, especially Central SOEs, to explore foreign markets and invest overseas, following the going global strategy  established in 1999. Currently, these abundant nationalized enterprises, once relying heavily on national support to survive in domestic market, aim to push their limits. The on-going Sino-U.S. BIT could thus provide liberal provisions like unrestricted access to international arbitration and most-favored-nation clause, enabling Chinese firms to be capable of competing in the global market by opening up the US market. From this perspective, this BIT is essential to the Chinese government. As for the United States, a superpower that would like to further expand its investment in the world's largest market, there also needs to be stronger and more comprehensive procedural investment protection. The Sino-U.S. BIT does not only offer substantive policies to promote investment, but also minimizes the political risk on investor-state dispute settlement by provisions. Thus, the Sino-U.S. BIT has been placed in an imperative position for both China and the United States.

Will it be possible to realize the BIT with the incoming Trump administration? China and the United States have a mature economic foundation to make one step further in bilateral investment affairs, but not a strategic faith of political mutual trust on preventing latent national crises together. But regardless of the fickle political circumstance, one axiom holds true: A country does not have permanent friends, only permanent interest. China and the United States will neither benefit from a bilateral prohibitive investment environment, nor will they endure the prolonging uncertainty created by the lack of the Sino-US BIT.

A tough marathon would be worth an inspiring conclusion.

This essay was a finalist for the 2016 China Focus Essay Contest. Contest winners will be featured in the coming month. The 2017 essay contest will open in March.

Leon Ding graduated from UC Irvine in 2015 with a degree in Political Science and Economics. Xiaodan Wu holds a Bachelor's degree in International Politics from Fudan University. 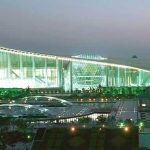