It was a journalist’s worst nightmare. Groundbreaking articles drawing on months-long investigations on the hidden wealth of some of the world’s most powerful leaders, which included China’s most powerful political families, were published with the exposure of the Panama Papers. Yet rather than receiving accolades, journalists at Bloomberg faced internal pressure to sit on the information. Soon after, both Bloomberg and The New York Times had their websites blocked and visa applications for current and incoming journalists denied.

Since then, both Chinese and English media coverage of the US-China relationship has only deteriorated. Foreign journalists within China continue to struggle with visa restrictions and a hostile reporting environment, while Chinese journalists chafe at domestic media restrictions and encounter a suspicious international audience.

This lack of open, objective reporting on the bilateral relationship is the biggest missed opportunity in US-China relationship.

Foreign policy begins with the press. Foreign correspondents are the few people on the ground with the dedicated mission of finding information in real time; that information is then relayed back to the general public, to scholars, government officials, and decision-making bodies. All relationships are necessarily shaped if not founded on the information we receive about each other. Few people read academic papers and research reports published about each country and the relationship between them. Far more scan the (web)pages of The New York Times or Xinhua each day for their news. Despite the decline of the newspaper industry, print publications and their increasingly digital news counterparts still supply the bulk of where a layperson receives their information.

Since the articles detailing the hidden family wealth of Wen Jiabao and Xi Jinping, foreign journalists in China still struggle to receive journalist visas to work in mainland China. In December, 2015, Ursula Gauthier, a French journalist working in Beijing, was forced to leave China by the government. Journalists are followed, their communications monitored, their movement restricted from sensitive areas like Tibet, and their sources harassed. Government organizations and public universities are explicitly directed to avoid talking to foreign reporters. Reporting is already hard, open-ended work, and the politically hostile environment foreign correspondents face in their daily work only makes producing quality journalism all the more difficult. Most importantly, it reinforces the ‘us against them” mentality among foreign journalists towards the Chinese government and its policies.

Moreover, Chinese nationals are partially barred from reporting at foreign news organizations within China. On top of unfairly preventing talented Chinese journalists from pursuing careers within foreign media, the law excludes some of the most knowledgeable and well-equipped reporters from contributing to fair and accurate bilateral journalism.

Meanwhile, in the US, Chinese journalists suffer the restrictions of a state-run media environment back home and consequently, a suspicious international readership. Chinese journalists are free to work and publish as they please, and major state-owned media organizations like China Central Television (CCTV) have established major bureaus in the United States. Yet these publications still abide by the stilted party line message their counterparts back in mainland China adhere to, and such coverage is regarded with suspicion and ridicule by American readers.

Chinese state control over Chinese media has only increased under President Xi Jinping. In March during his visit to CCTV and People’s Daily, President Xi proclaimed that ‘the media must serve the party.” This is not the first time that President Xi has tried to control the media system more tightly. After coming to power in 2013, Xi has consistently stressed the importance of domestic media following the party line, and has gone through a series of legislation efforts to ensure that negative news about China within China’s borders will face greater punishment. The net effect has been a widespread distrust of Chinese media both in and outside the mainland.

The limits to what Chinese journalists can do within mainland China has also dissuaded top Chinese talent from entering journalism, where the pay is low and the opportunity to do meaningful work is diminishing. Veterans, including journalists that broke the Henan AIDS story, have left journalism for public relations or entrepreneurship. Many younger, idealistic journalists have decided to work as news assistants for foreign publications, forgoing a byline for the opportunity to work in better environments.

Moreover, biased Chinese reporting obscures the truly groundbreaking and sometimes heroic reporting of Chinese journalists who broke major stories well ahead of their foreign counterparts. In February 2000, Chinese media broke the story about illegal blood selling in Henan which led to a widespread AIDS epidemic and a subsequent government cover-up. It was not until August of that year that the first English-language publication published a story connecting the blood-selling rings and AIDS. Most recently, Chinese digital publication The Paper devoted extensive and in-depth and highly critical coverage of the faux vaccine controversy in Shandong, in which medical specialists and profiteers colluded and bought spoiled or soon-to expire vaccines and resold them for a handsome profit.

Yet for international and American readers, it is much easier to paint Chinese media in broad strokes and regard all Chinese-language media as propaganda. In reality, even censorship, a very real threat in China, is nuanced and inconsistent, and when examined closely, can tell us much about the political headwinds in Beijing.

When access to information and sources is restricted, all journalists must resort to recycling scant information, reinforcing narratives that oversimplify or overstate one issue. Especially, when those sources have to rely on second-hand or recycled knowledge, with no recourse for confirming key facts, miscommunication and half-truths are bound to disseminate before being caught. Yet Chinese and American journalists are still faced with a large appetite for news on China or the US, but constrained by their limited resources, journalists must compromise on their coverage. What results is a news curation of only the more sensational, eye-grabbing, or stereotypical stories.

This complex interplay of competing constraints and interests have led both the US and China to forfeit the foreign policy advantages of a more open and objective press. In the increasingly digital media landscape, information can be traded more fluidly and instantaneously than ever. An open, independent foreign and domestic press that is allowed to flourish in each country can be a powerful conduit for immediate information about other countries. Greater access to (accurate and objective) information leads to fairer and more comprehensive coverage, which trickles down to a less polarized public opinion and ultimately, better policy.

Of course, there are many factors that influence foreign policy outcomes, each interacting in complex and sometimes unpredictable ways. However, we argue that a free and independent press exerts a small but direct influence on more collaborative and conciliatory foreign policy.

However, thanks to the rapid growth of internet and new media, some hopes for change have emerged in Chinese online media. Sixth Tone, a web-only publication which employs eight non-Chinese journalists, already published some hard-hitting journalism on socially sensitive topics, such as transgenderism, the working migrant workers, and toxic school conditions in Beijing poisoning young students. This kind of collaboration between Chinese and American journalists within one organization is a promising journalism model and a hopeful precedent for future open experimentation for new media in China. Chinese media organizations should continue to seek these kinds of new media and/or bilingual ventures, and the government should realize that supporting such progressive and engaging content will ultimately pay dividends in terms of higher public approval.

An open media means China must cede more control over to an independent media, even if that means allowing for unfavorable coverage and controversial public debate. Realistically, it is a move that the Chinese Communist Party is very unlikely to make. Yet we argue that a more independent and collaborative media environment is, on the whole, a long-term investment into the building of positive international public opinion of Chinese policies through a more nuanced and therefore less critical foreign language press.

Being more transparent and accessible to foreign journalists will allow them to write better informed and more nuanced stories about China for their international readers. Meanwhile, eliminating governmental hostility towards foreign journalists will slowly change the widespread and deeply entrenched dichotomy between the western ‘free press” and the Chinese Communist Party.

Foreign language journalism associations such as the Foreign Correspondents Club and the Chinese media professional organizations should also make a commitment to organizing events where American and Chinese journalists mix and mingle face to face on a regular basis. In part because of the current suspicion the two country’s journalists have for one another and also because of a lack of opportunity, there are precious few circumstances outside of government organized press conferences, where Chinese and American journalists interact.

American press and individual journalists must make a greater effort to learn the Chinese language if they are stationed in China. Currently, the majority of foreign language journalists in China, including American journalists, rely on Chinese news assistants to read, report, and fact check their reports. Unfortunately, this makes it easy for American journalists to fall into the same tropes and narrative stereotypes when reporting on China. Meanwhile, more nuanced stories and angles are inaccessible to American journalists or lost in translation. On an individual level, that means investing more time and attaching a much greater importance to learning to read and speak Chinese. On an institutional level and costs permitting, American publications should mandate that all China correspondents spend at least three months undergoing intensive language training. The Chinese foreign ministry should even consider subsidizing the cost of language instruction for foreign language journalists working in China.

Our diagnosis of Chinese and English language media is by no means complete, nor are our solutions a comprehensive summary of everything that can be done to improve the US-China bilateral relationship. However, among an overwhelming list of things to improve, improving the media environment for both country’s journalists is a productive place to start.

As with any relationship, communication is fundamental, and communication begins with full information on both sides. Journalists and media organizations are the most immediate interfaces between a country, its leaders, and the leaders and people of another country. Encouraging a more honest and direct dialogue between the news media of our two countries will eventually, by proxy, improve our international relations.

This essay was a finalist for the 2016 China Focus Essay Contest. Contest winners will be featured in the coming month. The 2017 essay contest will open in March. 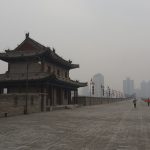 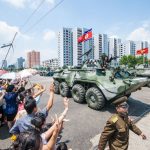