Planning for the Fall: China’s Contingency Plan to Reshape the Korean Peninsula

In this article, Travis Lindsay explores hypothetical Chinese contingencies for Korea in the event of a collapse of the North Korean government. The article is written from a Chinese perspective and focuses on a disorderly collapse of the Kim Jong-Un regime, a scenario where the central organs of power dissolve or fracture that requires immediate stabilization by outside forces.

It is an absolute necessity for the Central Committee to have contingencies and capabilities in place to react to a possible collapse of the DPRK government. Specifically, this memo will deal with a collapse scenario where the central organs of power within the DPRK either dissolve or fracture, with an immediate need for security and stability operations that may precede an attempt at the reunification of the Korean peninsula. The Committee must make its plans clear to both South Korea and the United States for three principal reasons: to moderate or eliminate the amount of US forces that will be mobilized to enter and stabilize the former DPRK; to ensure that there are clear lines of separation for how far northwards USA and ROK forces will push, both to minimize the chance of accidental skirmishes and to limit the forward positioning of USA/ROK forces; and to ensure maximize cooperation on the question of securing WMDs, a central objective for all parties involved.

Ideally, China will credibly commit to mobilizing enough troops so that the US need for a large troop presence is eliminated, and instead the main thrust of stabilization operations are performed by Chinese and South Korean troops, with only limited roles played by both the United States and Russia.

First, China must make its contingency planning clear to both the United States and ROK. China must demonstrate both the commitment and capability to mobilize forces for both humanitarian and stabilization missions, in order to moderate or eliminate the perceived need for a mass mobilization of US armed forces into the former DPRK and to preempt the flow of refugees across the DPRK/Chinese border. Assuming that US military planners estimate that around 500,000 military troops are necessary for stabilization, any credible commitments of troops from China will have a logical moderating effect on the overall number of troops that the United States considers deploying, in both the short and long terms. Ideally, China will credibly commit to mobilizing enough troops so that the US need for a large troop presence is eliminated, and instead the main thrust of stabilization operations are performed by Chinese and South Korean troops, with only limited roles played by both the United States and Russia.

China has two clear advantages in a large scale forces mobilization: prior engagements and geography. The US military is already stretched across multiple conflict zones in the Middle East and Africa. Large scale deployments of troops from across the globe to the former DPRK will be a logistical and political drain on the US armed forces, with large scale mobilization operating on a magnitude of months rather than weeks or days. If China is able to deploy rapidly into the DPRK, and has sufficient infrastructure and mechanisms to support that deployment, it could head off any major deployments of US armed forces beyond that of forces already present in theater. It is key that Chinese capabilities and intentions be communicated to the United States in order to shape US policymaking to align with Chinese preferences that is, away from a large deployment of American troops north of the 38th parallel.

Secondly, China must establish clear lines of demarcation for Chinese and ROK/USA forces. It is inevitable that ROK forces, supported or integrated with US forces, will stabilize and secure some portion of the southern DPRK. These forces may lack the sheer manpower necessary to push towards and secure Pyongyang, because of the large population concentration around the capital as well as the heavy deployment of military forces in the southern half of the DPRK. This again gives China the advantage in what would be a race towards Pyongyang. There are two options available for contingency planning, both necessarily de jure in that they must be established before Chinese forces come into contact with foreign forces. First, China must attempt to broker agreement on Pyongyang being placed above the line of demarcation. If it is not able to secure such a commitment, then it must use troop gains in the early stages of a southward push to force an agreement on a demarcation line that is favorable to China. Contingency agreements in this regard should be flexible and ambiguous unless they satisfy Chinese interests of maximizing the stabilization area under Chinese control. If the first set of principals are met –that China has the capability to deploy on a larger and more rapid scale than the ROK and USA– then China will have the leverage necessary to force agreement on Chinese terms.

In this regard, US and Chinese interest converge, and China may establish channels to allow US technical experts full cooperation in areas that may be under Chinese control.

Third, China can benefit from contingency planning in its cooperation with the United States in inspecting, cataloging, and containing DPRK WMD. China can benefit greatly from both US naval capabilities, specifically in the East Sea, as well as US special forces and technical expertise. US naval assets can effectively police and patrol the eastern waters around the peninsula, while Chinese army and border forces can work to interdict proliferation materials, technology, and associated personnel moving northwards. In this regard, US and Chinese interest converge, and China may establish channels to allow US technical experts full cooperation in areas that may be under Chinese control.

China should also welcome multilateral participation, with particular emphasis on Russian participation that can go as far as allowing Russia to stabilize and administer a token area adjacent to its border with the DPRK. The effects of Russian participation are threefold: Russia can contribute to the WMD containment mission, both within its administered area and beyond; Russia will have a stake in negotiating a reunified Korea, which will allow it to work as a counterbalance against US interests; and Russian participation will free Chinese resources to focus on the critically important rapid southward stabilization mission. Japan should be included only insofar as they may contribute financially to stability and development efforts, and possibly far off shore WMD containment.

Returning to the demarcation line, besides minimizing the chances of accidental conflict or skirmishes between Chinese and foreign forces, clear boundaries are necessary to signal to the United States that there are limits on what the Standing Committee finds to be acceptable deployment of US armed forces. While China has become inured to the presence of US military forces established while the PRC was still largely in disarray and not member to the UNSC, it will not tolerate concrete forward movement of military towards its borders. While China may acknowledge the necessity of US forces in this scenario, it must establish clear red lines against the establishment of permanent basing north of 38th parallel.

China’s desire for minimizing the United States troop presence in the former DPRK is forward looking towards its being a primary broker in the eventual reunification of the Korean peninsula. The more area China is able to stabilize and administer, the greater its position will be in establishing the shape of a reunified Korea. If it is able to control an adequate amount of territory, specifically if it has full control over Pyongyang, China can effectively veto a reunified Korea that threatens any of its core interests. It can almost assuredly prevent US military expansion from extending towards Chinese borders; it may even be able to levy concessions that reshapes the USA/ROK alliance in China’s favor. Contingency planning, specifically within the five proximal parties, must be undertaken to create a predictable and manageable environment to shape short term (stability, refugees) and long term (a reunified Korea, limited US military presence) developments on the peninsula on Chinese terms.

Travis Lindsay is a master's candidate at the UC San Diego School of Global Policy & Strategy, where he studies international politics and economics. Travis' areas of interest include energy and security, with emphasis on U.S. foreign policy in Asia and the Middle East. 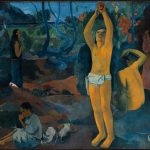 Where is Chinese Democracy Going?Politics 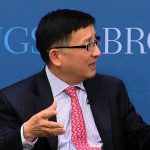