Is this the end of the road for the China-DPRK friendship?

Since the Korean War, China has been North Korea’s greatest ally and benefactor. China supplied North Korea with critical resources necessary for the survival of the North Korean regime, while North Korea served as a buffer against Western influence. Now in 2016, there are signs the relationship may have run its course. In March, China gave its support to UN sanctions against North Korea in response to recent North Korean nuclear tests. North Korea’s response, according to some sources, was to threaten China with a “nuclear storm”

China has shown its irritation towards North Korea in the past, but there are several reasons why this may be different. For one, in the past China only supported sanctions which limited North Korea’s military endeavors. The newly agreed sanctions are different; they include inspections and increased diligence on cargo and raw materials going in and out of North Korea. What’s more, China played a major role in drafting these new sanctions. UCSD’s Barbara Walter, for one, believes that this constitutes a “major shift” in China’s North Korea policy. According to her, China’s willingness to go along with sanctions indicates that China is increasingly concerned about the North Korean leadership’s ability to maintain stability over the region.

Prior to the announcement of the sanctions, a poll on Chinese social media website weibo reported that two-thirds of respondents supported a US attack on North Korea’s nuclear program (the poll was later taken down).

The Chinese government is also facing increasing pressure domestically to rein in North Korea. Prior to the announcement of the sanctions, a poll on Chinese social media website Weibo reported that two-thirds of respondents supported a US attack on North Korea’s nuclear program (the poll was later taken down). Finally, it is possible that China is concerned that an alliance with a belligerent North Korea may undermine its own objectives. With ambitious regional economic projects such as One Belt One Road and the Asia Infrastructure Investment Bank on the table, China may very well be coming in line with the rest of the world in seeing North Korea as a threat, rather than a buffer.

On the other hand, however, there are those who are more cautious in characterizing the sanctions as a true turning point. UCSD Professor Victor Shih, for one, is doubtful that the sanctions will be enforced. He argues that despite restrictions on North Koreans banking in China, “it’s all but certain that North Korean companies have Chinese subsidiaries that can still open accounts in Chinese banks.” In a blog post concerning the issue, UCSD Professor Stephan Haggard has suggested a “wait and see” approach, echoing Shih’s point that the new sanctions really depend on China’s “discretion to implement the sanctions depending on North Korean actions”

This comment matches the perspective of Chinese officials and the state-owned media. The Chinese Foreign Minister, Wang Yi, has stated under various circumstances that the sanctions are simply a means to help solve the Korean Peninsula nuclear non-proliferation issue. Both Wang Yi and the Chinese Foreign Ministry agree that the Six Party Talks, which were established by China, is the only effective way to negotiate and resolve the issue peacefully. In the eyes of Xinhua News Agency (the Chinese state-owned media), the deployment of the THAAD anti-missile system in South Korea is more of a threat to China, rather than North Korea’s nuclear test.

From these two reactions we can make two observations: one is that China really wants to sanction North Korea for its “disobedience”, rather than imposing very hard sanctions that throw North Korea into disarray; the other is that China still views South Korea and the United States as the major threat in Northeast Asia. So long as these two perspectives stay the same, the sanctions from China will be more symbolic rather than substantive, and although the relationship between China and DPRK may grow cooler, it remains far away from a true breakdown or “turning point”

If China takes enforcement very seriously, it would indicate that China is willing to put its long-standing relationship with North Korea at risk in the interest of regional and economic stability.

So what can be inferred from these mixed signals? Are China and North Korea really at a crossroads? The implementation of the UN sanctions will be key to answering this question. If China takes enforcement very seriously, it would indicate that China is willing to put its long-standing relationship with North Korea at risk in the interest of regional and economic stability. However, if the sanctions turn out to be merely symbolic, it will show that despite irritation, the North Korean alliance remains an integral part of China’s foreign policy.

Shihao Han is a staff writer for China Focus. He is a first year student at GPS, studying International Politics with regional focus on China and Latin America. Shihao's research interests include Chinese politics, China's foreign relations and geopolitics of China with neighboring countries.   Thomas Murphey studies International Management at GPS, with a regional focus on China. He is interested in understanding the intersection of Chinese business, economics, and politics, with the goal of making accurate predictions about China's future. With over three years of experience working in China, Thomas has written on topics such as Chinese corporate governance, labor markets, and Chinese outward foreign investment. 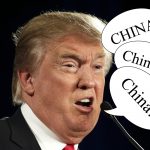 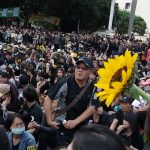 The Radicalized Generation and the Populist Party Where will the Cross-Strait Relationship Go?Politics