In July of this year I taught a UCLA Executive MBA Class in international business. The class terminated in Beijing. With the class over I thought I would travel and see a part of China I had not been to before. Typhoons were pummeling the south and Everest Base Camp in Tibet was closed which led to a place with historical significance off the beaten path, Shanxi province. As an economist, what was of most interest was how the province was faring as China grapples with overcapacity in manufacturing and volatility in financial markets.

Shanxi is not on anyone's must see list but it is of significant historical interest. During the Northern and Southern Dynasties Period (5th and 6th Centuries), the Northern Wei, a Turkic Dynasty, ruled over the province. Originally the capital was in Datong on the border with Inner Mongolia and close to the Tuoba homeland. Later when the Tuoba became thoroughly Sinicized the capital moved to Luoyang in what is now Henan Province. The Northern Wei brought Buddhist monks from India and left behind impressive Buddhist caves, architecturally interesting monasteries and an important Buddhist presence in the holy mountains of Wutai.

Later in 19th Century Qing China, Shanxi became important as a transportation hub on the tea-horse road between southeast China and Mongolia. Shanxi trading families, many of Mongolian extraction, became fabulously wealthy. To facilitate the trade, a system of banks and clearing houses developed (China's first commercial bank began in Pingyao). Shanxi was China's Wall Street  during the final seventy years of the Qing Dynasty.

Datong is a coal town and coal provides an important part of China's energy needs. The old town was destroyed in the Japanese War and not much of historical interest remains. Nearby are the Yungang Grottos. What was striking was both the number of tourists, and the number of reverential Chinese Buddhists at the Grottos. This was the first of many signs that religion is back in China. I saw the same in Wutai Shan, east of Datong, where thousands of Mahayana and Tibetan Monks gathered in their respective temples and throngs of pilgrims came to worship. Though there were plenty of regular tourists, they were outnumbered by the faithful. Elsewhere in the province, Chinese tourists were worshiping at temples once the targets of the Red Guards. Modernization has moved this aspect of daily life away from the strict adherence to Party philosophy towards an unusual pluralism for the post 1949 Middle Kingdom.

Second, one does not escape Beijing's legendary air pollution by escaping Beijing. A coal town like Datong would be expected to have bad air and indeed, it was horrible. But it wasn't just Datong. All over northern Shanxi airborne pollutants permeated the countryside and deep into the mountains. Moving south to Taiyuan and Pingyao provided no improvement. To be fair, Shanxi is not just west of the mountains,  it is in the mountains and is poorly suited to dissipate pollutants. Nevertheless coal fired electrical generating plants and factories spewed toxic smoke into the atmosphere everywhere in the Province. Moreover, the residents acted as if this poor air quality was quite normal. Protests in the form of wearing facemasks or of individual skepticism with regard to industrialization seemed absent. There may be concern at a deeper level, but it was not evident to this traveler that the cost of modernization was one they were unwilling to pay.

My third observation on this jaunt through the hinterlands was that the construction engine of economic growth has not slowed. Economists will tell you that there are diminishing returns to investments in infrastructure and housing. That may be, but in spite of excellent infrastructure, and abundant housing in Shanxi (home prices have been falling), construction cranes are ubiquitous. The answer to this seeming paradox is the notion that in Western economies investments are in the context of a relatively stable population. However in China urbanization has a long way to go and though rows of apartment blocks and modern freeways may be empty at the moment, they are simply waiting for the next wave of villagers to move into the cities. Whether this is prudent or not is arguable, but the fact is that commentary in the West notwithstanding, China is continuing on its building spree.

Traveling outside of the tourist triangle of Shanghai “ Beijing “ Xian is always fascinating. China in all its complexity never ceases to surprise. In the West we see China's economic problems through our lens of market driven economies. Up close, it is not clear that is the correct lens. The trump card of the drive to modernity along with a concomitant optimism seen by this observer, flies in the face of economic contradictions, but for the moment has won out. 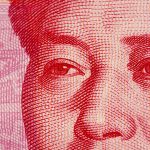 Can the Yuan Be a Reserve Currency?Economics 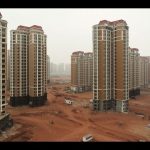