What to expect from the Xi Jinping State Visit?

As Chinese President Xi Jinping lands in Seattle today for the beginning of his first state visit to the United States, recent developments in the U.S.-China relationship are threatening to cast a pall over this week’s negotiations, with cyber security and China’s recent spate of land reclamation in the South China Sea looking to dominate the discussions. Ahead of Xi’s talks with President Obama beginning September 24, we asked several of our scholars to discuss what is happening domestically in China and the U.S. that could make this summit more difficult than previous ones. This article originally appeared on the website for the 21st Century China Program (21CC).

“On the political front, Xi has completely consolidated power at the top level, so that should make him an extremely flexible negotiator. In fact, one of the weaknesses of dictatorships is that they cannot credibly claim to have their hands tied. On the economic front, China is in a better bargaining position. Growth is slowing down, so the leadership can credibly claim that China must dump cheap goods on the rest of the world, or else face a further slow down and political instability. Even if the economy slows down further, however, the complete consolidation of power by Xi should mean that China can successfully weather an economic shock without worrying about political instability. Of course, this may not be the case, but this should be the starting assumption of U.S. negotiators.”
——Victor Shih, Associate Professor of Political Science, GPS, UC San Diego

“Although Victor Shih may be correct that President Xi Jinping has consolidated power at the top, my hunch is that Xi himself remains anxious about potential challenges from rival elites and the public. Moreover, Chinese foreign policy experts and advisors with whom I talked in Beijing last week said that they don’t know where Xi stands on the U.S. He appears suspicious of U.S. intentions and flirts with Putin in plain sight. Still he made a point of spending more time with Obama at the November 2014 Beijing APEC summit than with all the other leaders combined, including Putin. Like his predecessors, he should recognize that challenging Washington directly at this point in China’s rise would be disastrous for national economic and security interests. Yet his ideological platform is to draw Cold War-like lines between Western values and Chinese values, and he has restricted access to foreign media and culture that he believes poison people’s thinking and subvert Communist Party rule. As a result, anti-foreign nationalism, especially among the younger generation, appears to be intensifying. So Xi may have the power to make the compromises on cyber issues and South China Sea maritime disputes that would use the summit to drive progress in Sino-U.S. relations, but we don’t know whether he believes he benefits more at home from showing resolve or reassurance toward America.

In the U.S., public opinion has turned more negative toward China. The Pew Research Center surveys show that since 2012 more Americans are unfavorable than favorable toward China, and Republicans are considerably more unfavorable (63%) than Independents (51%) and Democrats (50%). In addition to complaints about economic threats from China, Americans are upset about China’s cyber attacks and its human rights situation. Republican Presidential candidates are blaming President Obama for appeasing Beijing. Like past American Presidents whose statesmanship flowered in their second term, President Obama has invested heavily in foreign policy goals like the Transpacific Pacific Partnership (a trade agreement with Asian countries not including China) and the nuclear agreement with Iran. But how motivated is he to extend himself for a good summit with Xi Jinping if the Chinese leader isn‘t ready to meet him half-way?

In the decade and a half since I served in the Clinton administration, the U.S.-China relationship has become much more competitive. I feel the difference when I visit with colleagues in the State Department or other offices in D.C. Back in the 1990s, when the Chinese government behaved badly toward other Asian countries or to its own people, policy makers felt disappointed and self-critical, wondering how we could have done better at moving China in the right direction. But today, when Chinese actions alienate its neighbors, American officials feel like gloating over China’s missteps. And I suspect that in Beijing, many Chinese officials are reacting the same way when the U.S. stumbles.”
——Susan Shirk, Chair of the 21st Century China Program, GPS, UC San Diego

“A key objective of Xi Jinping since coming to power has been to cultivate a “Strong China” image and mentality. This has meant the building up of the country’s national security posture and capabilities and a willingness to apply its growing strength in the pursuit of expanding interests. This has been clearly shown in the maritime domain where China’s island-building efforts in the South China Sea have set off alarm bells, especially in Washington DC. Beijing though shows little inclination to back down from its assertive strategy, despite international criticism. One consequence of Xi’s emphasis on national security is the powerful influence of the national security bureaucracy in the shaping and making of policy. This constituency, which includes the military, internal security, and intelligence apparatuses, regard U.S.-China ties as an intensely competitive rather than cooperative relationship, which is also increasingly reciprocated by their U.S. counterparts. Under such circumstances, the prospects for making progress in improving security relations between both countries is strictly limited and the main goal is to make sure that they find ways to prevent accidentally getting into conflict whether in the cyber, maritime, or other domains. So working on general rules of engagement is the most that can be hoped for rather than more substantive confidence building measures.”
——Tai Ming Cheung, Director, Institute on Global Conflict and Cooperation; Associate Professor, GPS, UC San Diego

“As Xi Jinping arrives in Washington, the role of economics in the bilateral relationship is strained and problematic in a way rarely seen before. In the past, even when disputes over specific economic issues inflamed tempers, both sides could be relied on to keep their eyes on the core of common economic interests. Today, we on the American side are not even sure how Xi Jinping sees China's economic interests, and what his objectives might be in the economic arena.

Xi came to power professing a desire to shake up the economy and get reforms moving, and his early appointments included savvy economic technocrats in key positions. Then in November 2013, Xi used the Third Plenum  to lay out a broad and ambitious economic reform program. However, in the two years since, even as Xi has consolidated power, he has done remarkably little to make the really important reforms into reality. In fact, in 2015 we have seen major disappointments and even steps backward in areas as diverse as the stock market, local government debt restructuring, and the reform of state-owned enterprises. As the top leader, Xi bears ultimate responsibility, but his attitude toward these policy missteps is anything but clear.

In U.S.-China economic relations, both sides agreed nearly a year ago that the most promising area for quick results would be a bilateral investment treaty (BIT) which had been under discussion for years. Yet even with this top-level endorsement, Chinese negotiators have not been very forthcoming and progress has been painfully slow. At one time, there was a hope that negotiations would proceed far enough that Xi might be able to seal the deal on this visit. However, even if Xi brings some dramatic offer to break open the negotiations, it is probably too late to hammer out the details and there is no longer much appetite on the U.S. side for vague feel-good declarations. Xi Jinping loves to seize the initiative, surprise his audiences, and take control of the situation: but in terms of economic policy, we are still waiting.”
——Barry Naughton, Sokwanlok Professor of Chinese International Affairs, GPS, UC San Diego

“President Xi’s visit is to further China’s quest to build a new model of major-country relations with the United States. The essential feature of the new model is mutual respect between the existing super power and the late comer. To put it in context, China asks the U.S. to respect its core interests in Taiwan, Tibet, and the South China Sea. The proposed bilateral collaboration in investment, energy and climate change, although mutually beneficial, can be used as a concession by China in order to have more say in its dialogue with the U.S. For example, China understands that the Obama Administration is more eager to form a U.S.-China climate treaty since President Obama is currently crafting his legacy on climate change mitigation. By cooperating with the U.S. to reduce climate pollutants, a major shift of stance made by China very recently, China expects to gain respect as a major country and use it as a lubricant for the resolution of more contentious issues. Climate cooperation has become a major achievement in the last two meetings between presidents Xi and Obama. Although ‹combating global warming is important, its being the spotlight of the U.S.-China relationship reflects that both countries have little common ground in other areas.”
—— Junjie Zhang, Associate Professor of Environmental Economics, GPS, UC San Diego 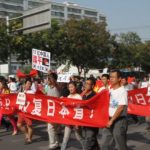