Can the Yuan Be a Reserve Currency?

In June 2012 the Deputy Governor of the Bank of China said The Chinese yuan is starting to show its potential to become a reserve currency.  This was followed in 2013 by an editorial in Xinhua News calling for the de-Americanization  of the world's financial system in the wake of the debt standoff in the U.S. Congress. Is this not the next logical step in the rise of China? Issuing a reserve currency on a par with the U.S., UK and Eurozone would be a sign of its economic prowess and prestige.

At first blush, it seems to make sense to have another currency to buffer vicissitudes in the value of the dollar. But, China cannot just dictate that the world's financial establishments hold yuan, or any other currency for that matter. A reserve currency is something quite different from an international currency and the qualities that make for a reserve currency are quite different from the qualities of the yuan today or even the near future.

The motivation for China to push in this direction is clear. China holds almost $4 trillion in foreign reserves from years of trade surpluses. As a major importer of commodities, China is confronted with USD denominated prices. These two facts create an economy subject to fluctuations in the U.S. dollar’s value, fluctuations that they have little control over.

To move away from the U.S. dollar towards yuan denominated transactions, China has entered into currency swap agreements with 29 countries since 2008 with the potential to cover over 3.1 trillion yuan or 500 billion U.S. dollars of transactions. Considering the fact that China's annual trade in goods alone exceeds $4 trillion, these swaps only scratch the surface of facilitating trade in non-dollar bilateral transactions. Nevertheless, the swap agreements provide liquidity and stability for RMB transactions.

But can it be a reserve currency? That requires the yuan to be a currency which governments wish to hold in order to store value over time. To answer that question consider the motivation for holding a reserve currency. A currency that fluctuates wildly is one that deters foreign trade because producers cannot properly relate their costs to the price they might receive. Additionally, foreign debt service maybe facilitated through the holding of reserves. Government intervention in currency markets can smooth out the ups and downs of the exchange rate even while letting the average exchange rate find its market determined value. The dollar, the pound sterling, and the euro can do that because there is a ready market for these currencies. Offer to buy rupiah, shekels, or pesos with any of these currencies and a transaction will occur.

Consider the U.S. dollar. Prior to 1914 the dollar, though convertible, was considered to be a risky store of value. The Federal Reserve had not yet been established and a series of financial panics in the 19th and early 20th century cast doubt on the value of holding dollars. The pound sterling, tied to gold, was the dominant international currency due to the depth of London financial markets and the role played by the UK in world commerce. Though England remained tied to gold until 1919, the stability of the USD and the deep U.S. financial markets put the dollar laid the foundation for a shift from the pound sterling. To be sure, both currencies, as well as several others, are used as reserve currencies today, but the USD is by far the dominant currency. In spite ofÂ  dysfunction in the U.S. Congress, whenever there is trouble in the world, wealth flocks to the dollar as a safe haven.

Can China move the RMB into a role similar to the USD as a store of value and a more general means of payment than the current bilateral exchanges? It is possible but only with a dramatically different relationship between foreign holders of reserves and China's financial markets. For the Central Bank or Treasury Department of a country to bet a run on their currency or a debt default on the ability to find buyers or sellers of yuan at that hour and day is a risky bet.

Much has been written about the depth of US financial markets as well as those in London, Frankfurt, and Zurich. No such depth exists in China as these markets are not open to the free flow of financial instruments between currencies. While China is slowly opening its financial markets, there is a long road ahead to establish markets that satisfy this store-of-value requirement. Rather, the yuan increasingly being used as a facilitator of bilateral trade with China looks like a much more plausible course in the foreseeable future. 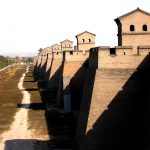